You should pick Fabian Allen in at least one of your Dream11 fantasy teams as he is in brilliant form with both bat and ball.

The 14th match of the Super50 Cup 2021 will be played between Barbados Pride and Jamaica Scorpions on 21st February at Coolidge Cricket Ground in Antigua.

Barbados Pride will take on the bottom-placed side Jamaica Scorpions in the 14th match of the Super50 Cup 2021 on Sunday. This will be the most important match of the tournament for both the teams, as the team who wins this match will qualify for the semi-finals. Both teams will come into this match high on confidence after winning their last matches.

Barbados Pride won their last match against Windward Volcanoes by a big margin of 173 runs, whereas Jamaica Scorpions beat the Leeward Islands by 6 runs, via the D/L method. This will be more like a quarter-final match.

It is going to be sunny in Antigua with the temperature hovering around 27 degrees Celsius and the humidity levels are at 63 percent. There is no chance of precipitation for this match.

It is a pretty much bowling wicket, with more advantage for bowlers as compared to batsmen. Slower bowlers will come in handy during the middle overs. Anything over 250 is a competitive score on this surface, while batting second is a good option.

Shamarh Brooks is the leading run-scorer for Barbados in this season so far. He scored 198 runs at an average of 49.50. He can score a big knock in this match also.

Justin Greaves has been a consistent performer with the bat for Barbados Pride. He has scored 184 runs at an average of 46 in his four outings. He is a must-pick for your Dream11 fantasy team.

Jason Holder has been in decent form with both bat and ball this season. He scored 49 runs and also scalped 6 wickets at an economy of under 5 runs per over in four matches.

Andre McCarthy is the highest run-scorer for Jamaica Scorpions. He scored 156 runs at an average of 39 and has picked up two wickets as well. He is surely a captaincy material.

Rovman Powell is in brilliant form with both bat and ball. He has scored 106 runs and also picked up 4 wickets for his team. He is someone who can consistently score runs. 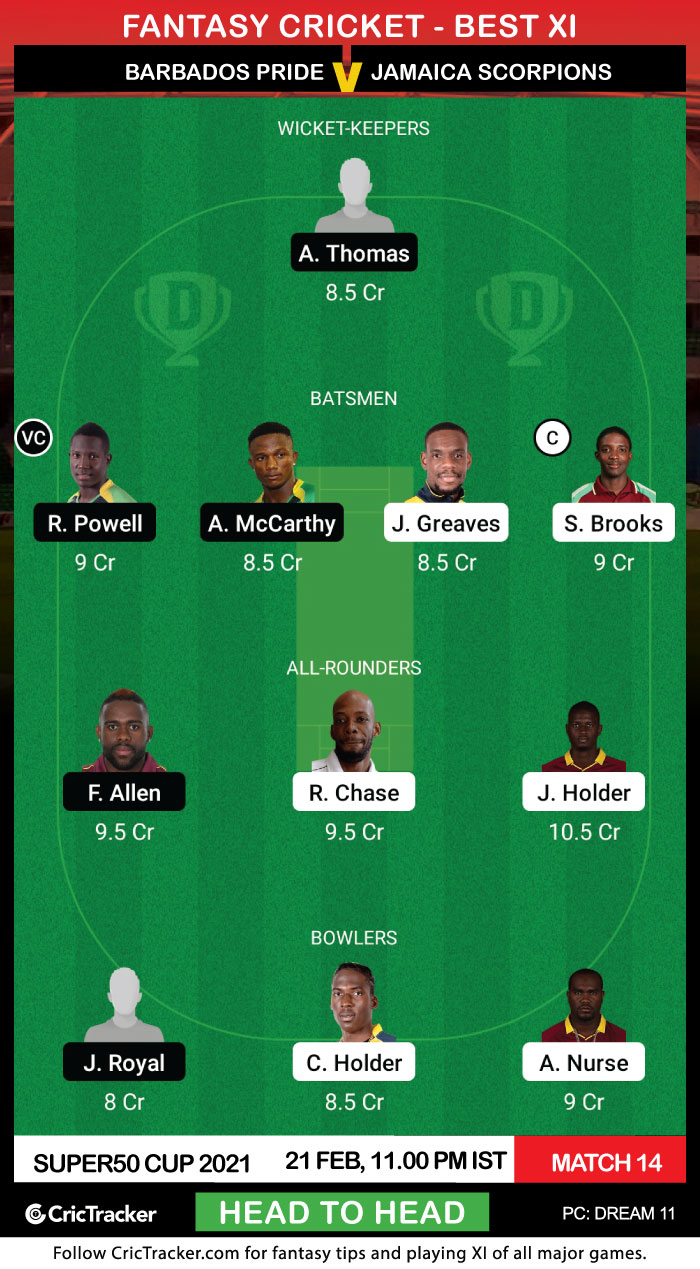 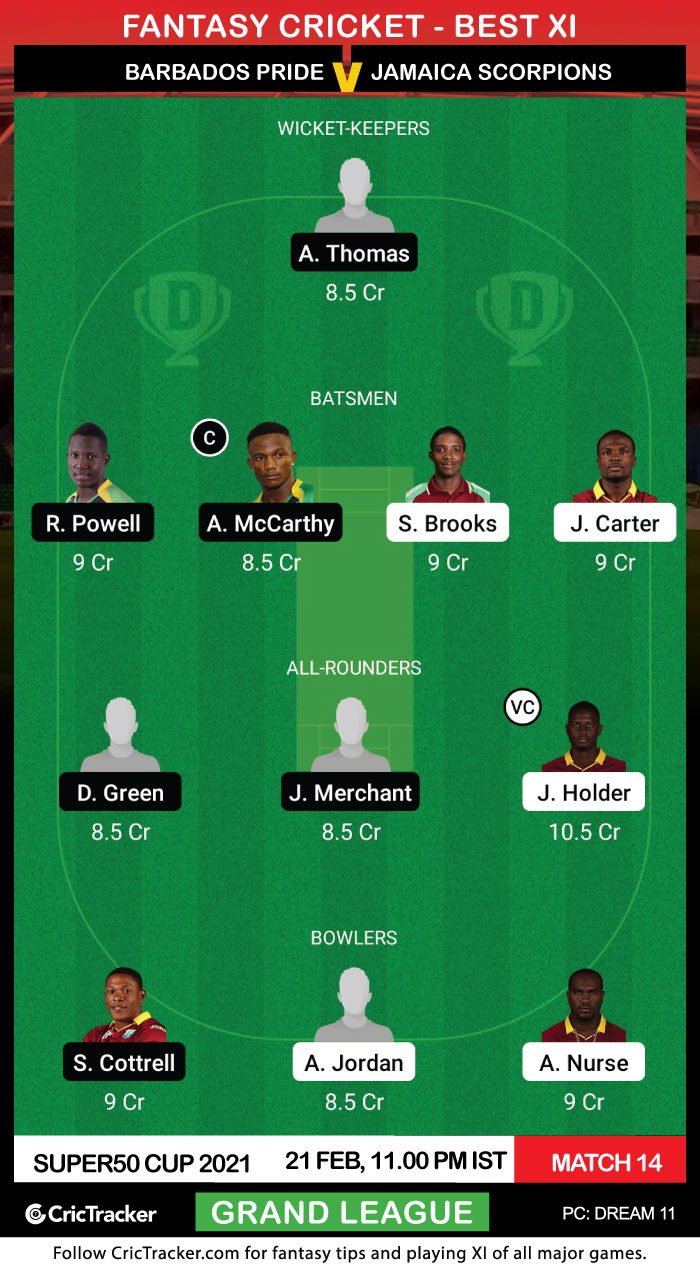 You should pick Fabian Allen in at least one of your Dream11 fantasy teams as he is in brilliant form with both bat and ball. In the last two matches, he has scored 83 runs and has also picked up 2 wickets.

Barbados Pride are expected to win this match.