Luke Wright is an good captaincy option for this match.

Sussex will meet Essex in the upcoming South Group match of T20 Blast 2021. This clash takes place at the County Ground in Hove.

A major part of Sussex’s campaign has been affected by rain as five of their 11 clashes have been washed out. Nevertheless, they have been impressive in the remaining six outings, having won four and losing two matches. The Luke Wright-led side is currently third in the Group B team standings but a win in this fixture could see them advancing to the top.

On the other hand, Essex have had a mixed campaign so far. They have been impressive at times but winning consistently has been a problem for them. With five wins in 11 games, Simon Harmer’s men are currently holding the sixth place in the team standings and they would like to go up the order.

Captaincy Picks for SUS vs ESS:

Sussex skipper Luke Wright has been on a roll this season and he would like to continue his sensational run. Wright’s blitzes at the top have given Sussex brilliant starts regularly and his knack of staying at the crease for long has dented oppositions even further. So far, he has amassed 213 runs in six games with his average and strike rate being over 50 and 170 respectively.

Wright’s Essex counterpart Simon Harmer is another player to watch out for in this contest. The veteran off-spinner has given batsmen a tough time in the competition with his mysterious deliveries. So far, he has picked 15 wickets in just 10 games. Not to forget, Harmer has also played some significant cameos. 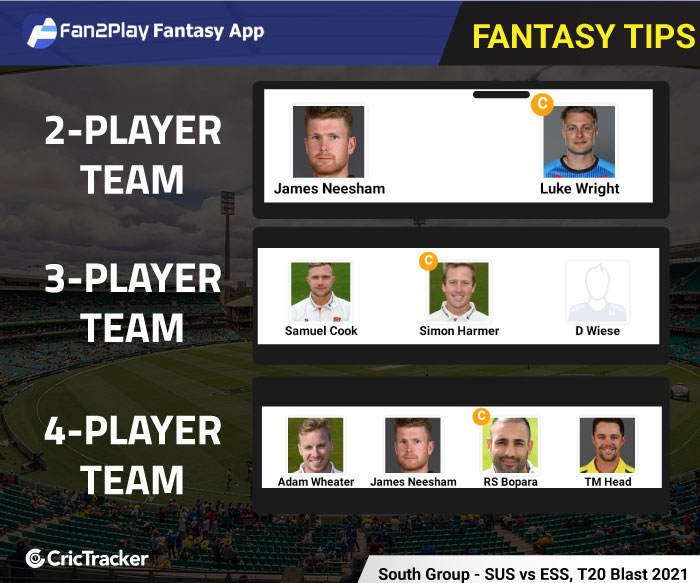 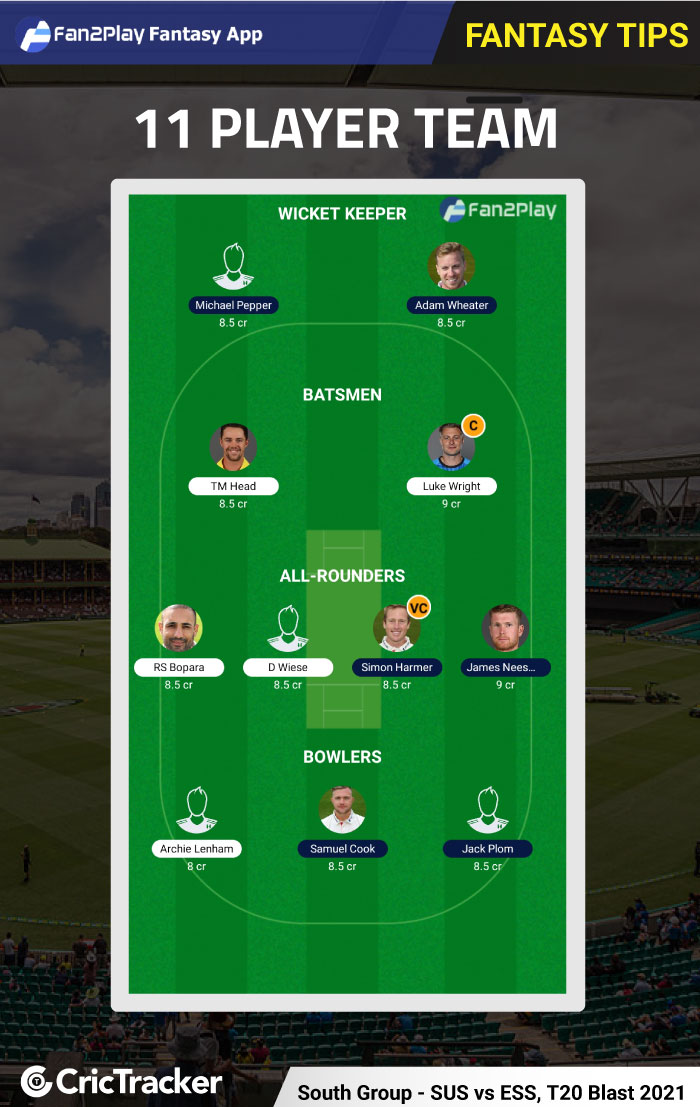