Sheldon Jackson has scored 3 half-centuries in his last 3 matches.

Karnataka will take on Saurashtra in the Preliminary Quarter Final 3 of the Syed Mushtaq Ali Trophy 2021 on Tuesday. Two-time champions Karnataka had a dream run in this tournament, until they were beaten by Bengal in their final league fixture by 7 wickets. With 4 wins and a loss, Manish Pandey’s boys finished second in the Elite Group B standings with 16 points with a net run-rate of 0.379.

Saurashtra, on the other hand, have won 4 consecutive matches on the trot before heading into this match. They finished second in the Elite Group E standings with 16 points. Sheldon Jackson is making a count of performances in this tournament, having scored more than 200 runs. They are up against one of the best domestic sides and need to give their best in this match.

There will be an extra advantage for the batters on this surface. The oddball is expected to keep low. The bowlers need to take the pace off the ball consistently. Batting second is a good option here.

Manish Pandey knows how to score runs in crucial games. He has led the side really well throughout this tournament. In 5 matches, he has mustered 172 runs at an average of 34.4, with the highest score of 84.

Karun Nair has scored 158 runs in 5 matches so far in this tournament at an average of 39.5. He knows how to score runs steadily and can hit the ball a long distance as well.

Jaydev Unadkat is a clever bowler in this format of the game. He has scalped 9 wickets in 5 matches in this tournament at an economy of 6.6 and has also scored 74 runs with the bat.

KAR vs SAU Must Picks for Dream11 Fantasy Cricket: 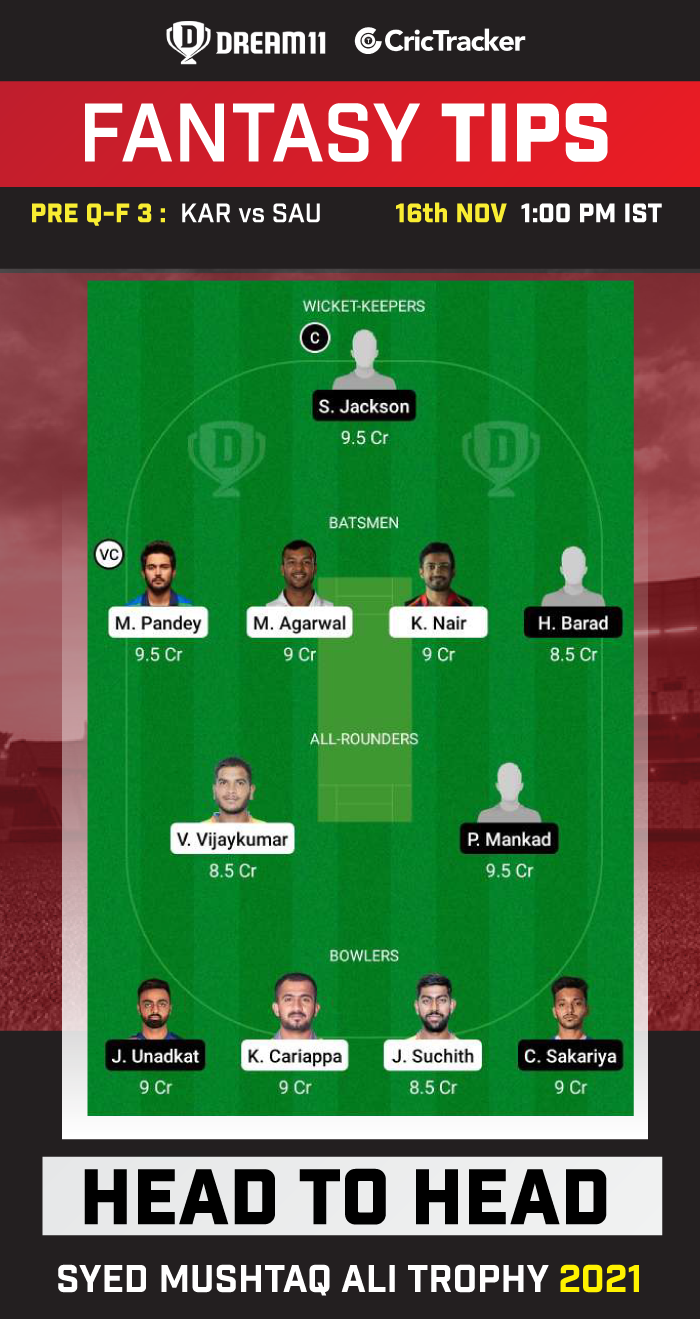 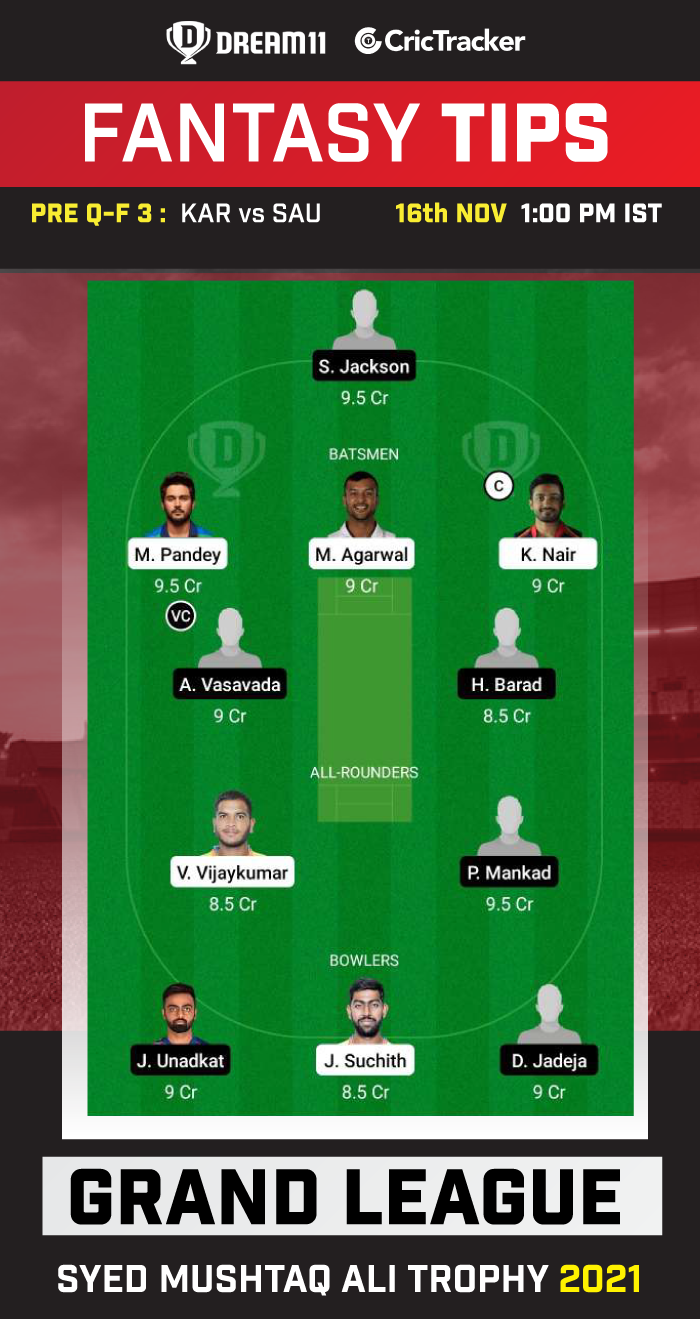 Mayank Agarwal hasn’t been at his best in this tournament, as he averages 16.6 with the bat. However, he is a big match player and you can take a risk and pick him as your fantasy team skipper.

Prerak Mankad is the second-highest run-scorer for Saurashtra in this tournament. He has scored 161 runs in 5 matches at an average of 40.25. He is a risky captaincy pick for your fantasy teams.

Aniruddha Joshi has scored only 47 runs in 4 innings in this tournament at an average of 15.66. Considering his current form, it’s better to avoid him while making your fantasy teams.