It's the perfect time for Karnataka to test their bench strength.

Bengal and Karnataka will face off in the 2nd Quarter Final of the Syed Mushtaq Ali Trophy 2021 on Thursday. Bengal had won the battle in the previous meeting between these two teams earlier in this tournament by 7 wickets. They topped the Elite Group B standings with 16 points. Abhimanyu Easwaran, who played a match-winning innings against Karnataka, won’t be available for this match.

Two-time champions, Karnataka on the other hand will definitely miss the services of their star players Mayank Agarwal, Devdutt Padikkal, and K Gowtham. However, their bench strength is very strong and they have plenty of match-winners in their team.

The wicket will get better to bat on as the game progresses. Having said that, there will be enough assistance for the bowlers as well. The batters will get complete value for their shots if they play according to merit.

Sudip Chatterjee has scored 119 runs in 5 matches which is the most for Bengal in this tournament. He still needs to be consistent and play a captain’s knock in this match.

Shahbaz Ahmed is a game-changer for Bengal, and he has done quite well in this tournament. In 5 matches, he has scalped 6 wickets at an economy of 4.57 and has also scored 54 runs with the bat.

Manish Pandey got out for a low score in the last game against Saurashtra, where he scored only 4 runs. He is still the leading run-scorer for Karnataka in this competition with 176 runs in 6 matches at an average of 29.33.

Playing in his first game for Karnataka, Abhinav Manohar played a blinder of an innings against Saurashtra and won the match for his side in the final over of the match. He remained unbeaten on 70 runs from 49 balls.

BEN vs KAR Must Picks for Dream11 Fantasy Cricket: 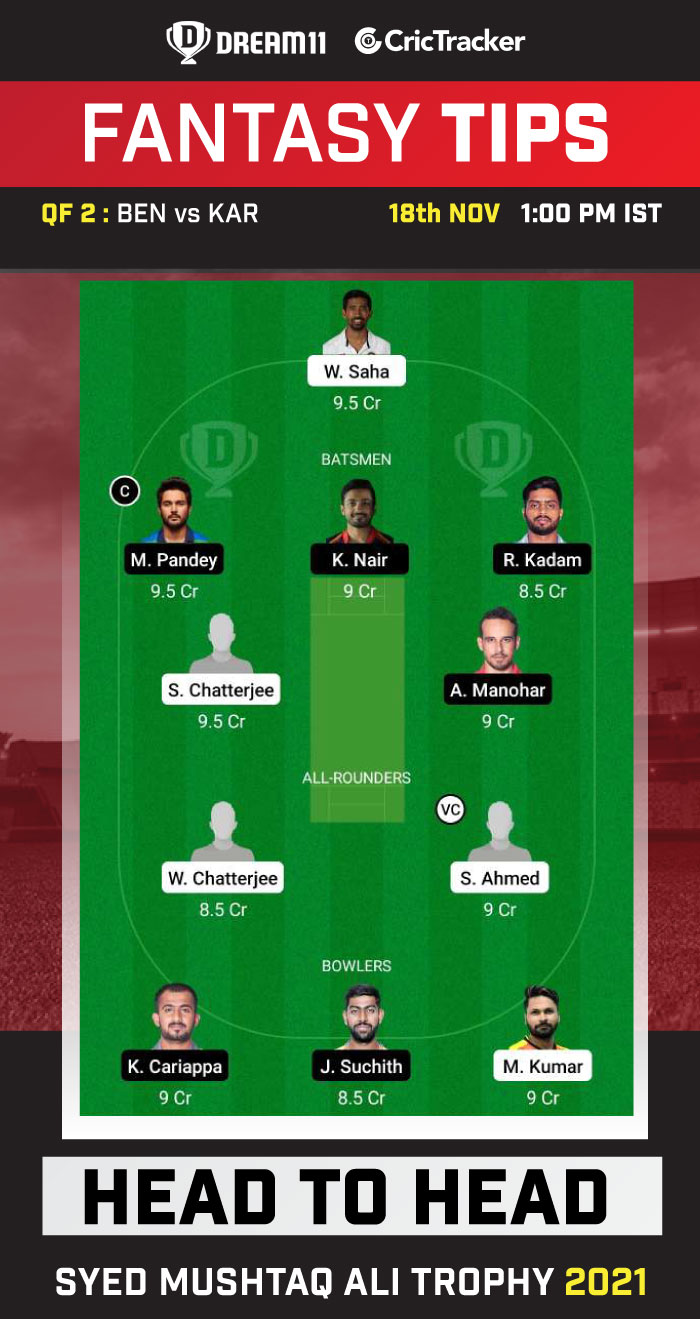 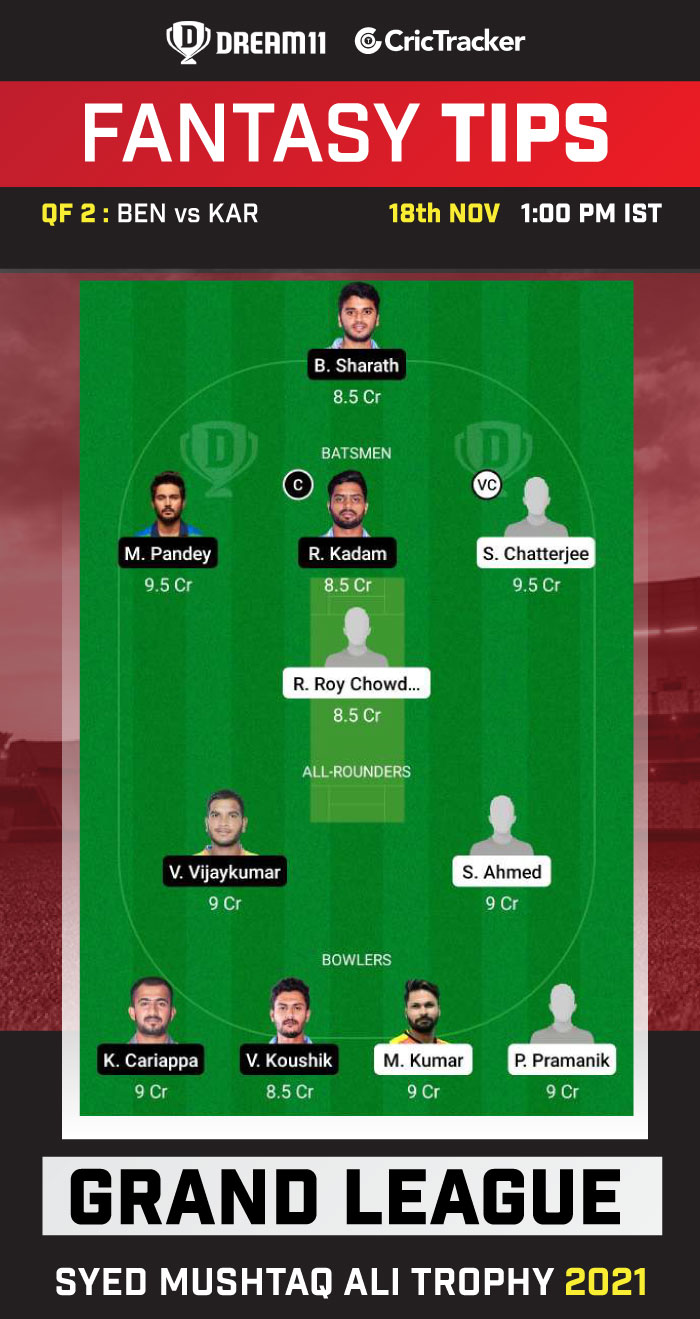 Wriddhiman Saha has managed to score only 73 runs in 4 innings in this tournament. Considering his average performances, he is a risky captaincy pick for your fantasy teams.

B R Sharath has promoted up the order in the last game against Saurashtra, where he got out for no score. You can take a risk and pick him as your fantasy team skipper.

Akash Deep has done decently so far in this tournament with the ball by picking up 4 wickets in 5 matches. Considering there are a lot of options in the bowler’s slot, it’s better to avoid him while making your fantasy teams.