Deepak Hooda is in amazing form having scored close to 300 runs in this tournament.

Rajasthan have had an outstanding tournament so far, as they finished at the top of the standings in the Elite Group C with 20 points. They comfortably defeated all the teams without any difficulty. Deepak Hooda has been terrific for them with the bat and he is likely to extend his dream run in this match as well.

Vidarbha, on the other hand, knocked out Maharashtra in the Premilinary Quarter Final by 7 wickets and earned their Quarter-Final spot. Akshay Wadkar played a captain’s knock which helped them to claim 7 wickets with 13 balls still left in the match.

It’s a bowling-friendly wicket where batters need to work hard for their runs. The average total in the last 5 matches is 123. Since it’s an early morning game, whoever wins the toss should bowl first.

Playing in his first season for Rajasthan, Deepak Hooda has had a remarkable tournament so far, having scored 291 runs in 5 matches at an average of 97 and a strike rate of 175.3.

Mahipal Lomror is a good striker of the cricket ball and he is effective with the ball as well. He has notched up 220 runs in 5 matches so far in this competition at an average of 55 and a strike rate of 125. Lomror has also picked up a wicket.

Jitesh Sharma is a reliable batter for Vidarbha in the middle order. He has scored the most runs for his side in this tournament, with 202 runs in 6 matches.

Akshay Wadkar is a match-winner for Vidarbha on any day. In 5 innings in this tournament, he has scored 169 runs at an average of 42.25, with the best score of 58*.

RJS vs VID Must Picks for Dream11 Fantasy Cricket: 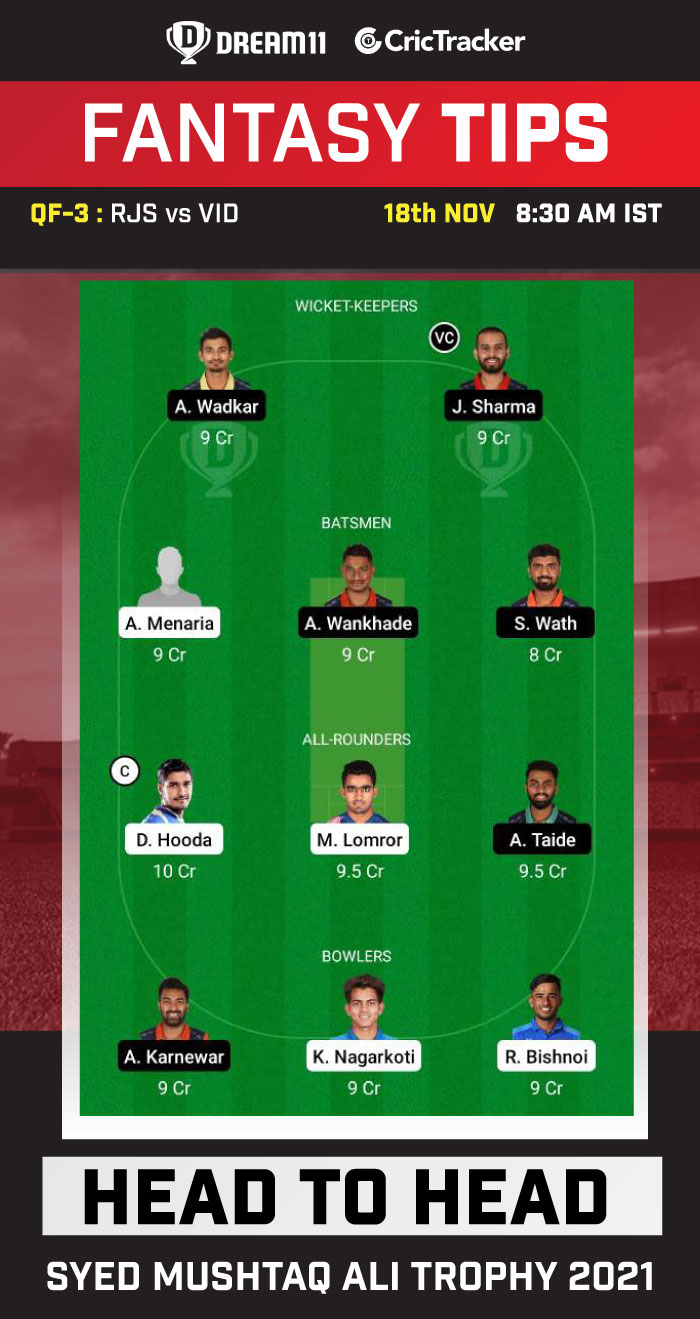 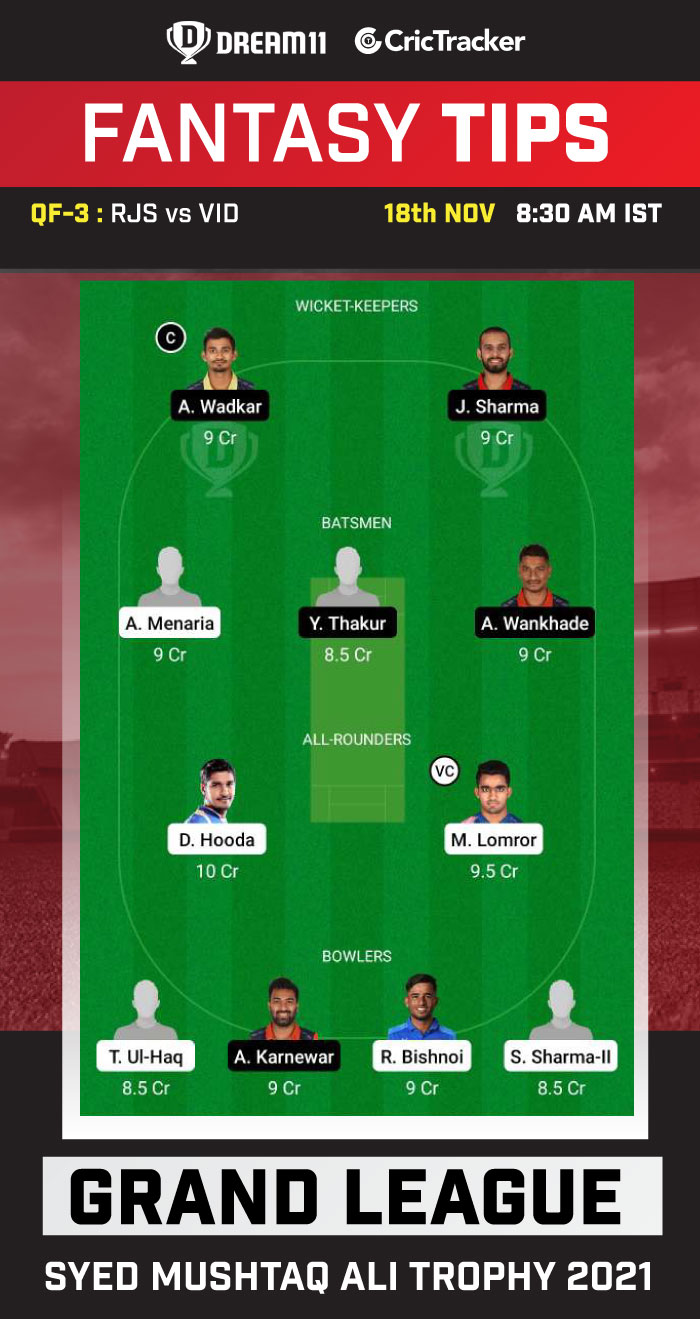 Shubham Sharma has picked up 4 wickets and scored 43 runs with the bat in this tournament so far. You can take a risk and pick him as your fantasy team skipper.

Akshay Karnewar has picked up 12 wickets in 6 matches in this tournament and has also scored 37 runs with the bat. It’s worth a risk and you can pick her as your fantasy team skipper.

Yash Kothari has scored only 28 runs in 2 matches in this tournament at an average of 14 and a strike rate of 84.84. It’s better to avoid him while making your fantasy teams.