Josh Philippe is a good captaincy pick for this match. 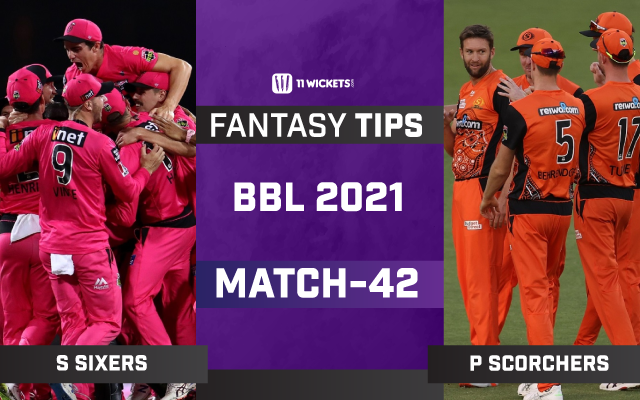 Match 42 of the Australian T20 Bash tournament will witness the Sydney Sixers taking on the Perth Scorchers. The Perth Scorchers have experienced a stellar run in the tournament, and are placed on top of the points table, and have won 8 out of the 10 matches that they have played.

On the other hand, the Sydney Sixers have also been spectacular in the competition, and are positioned at the third spot, winning 6 out of the 9 matches that they have played. When these 2 sides met last time, the Scorchers beat the Sixers by 10 runs.

The pitch will have some help in it for the fast bowlers early on, while the batters will also get value for their shots on this surface.

Josh Philippe has been in stellar form in the tournament and has scored 295 runs at a strike rate of close to 150.

Andrew Tye is the leading wicket-taker in the competition and has scalped 18 wickets at a strike rate of 11.10.

Hayden Kerr has prized out 15 batters in the tournament and has taken his wickets at an average of just 9.73. 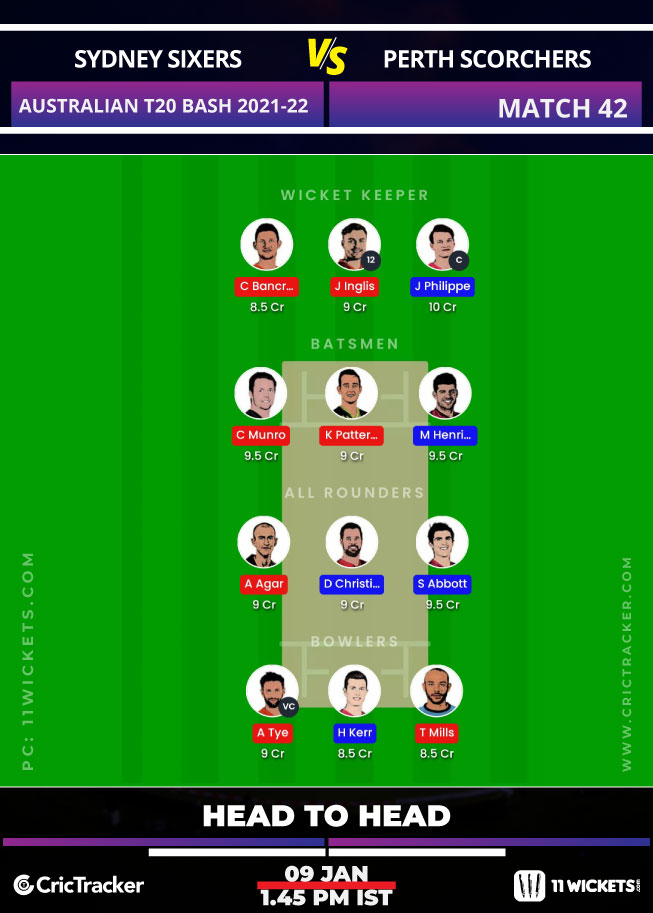 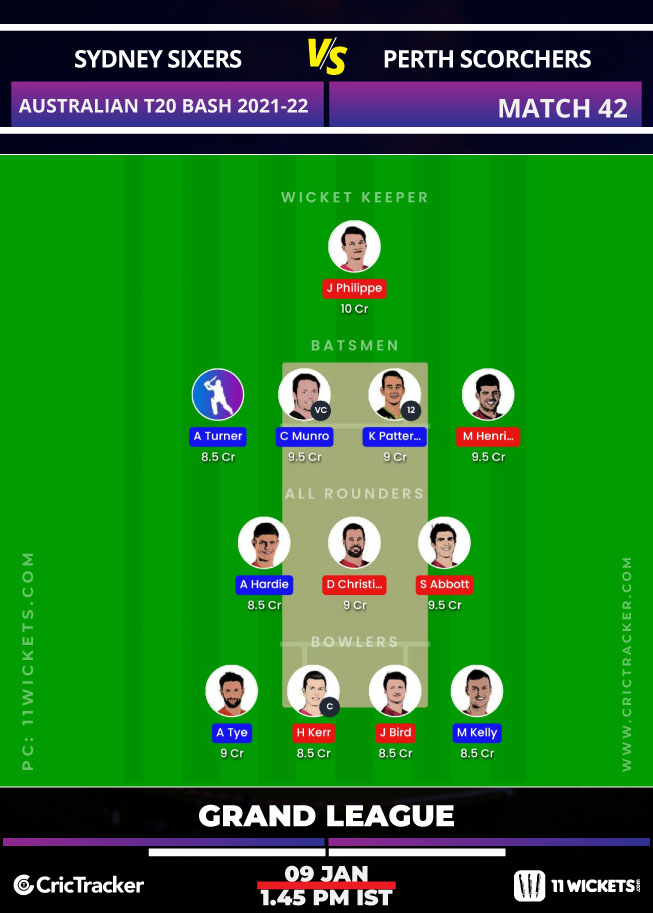