Sydney Sixers are expected to win the Derby. 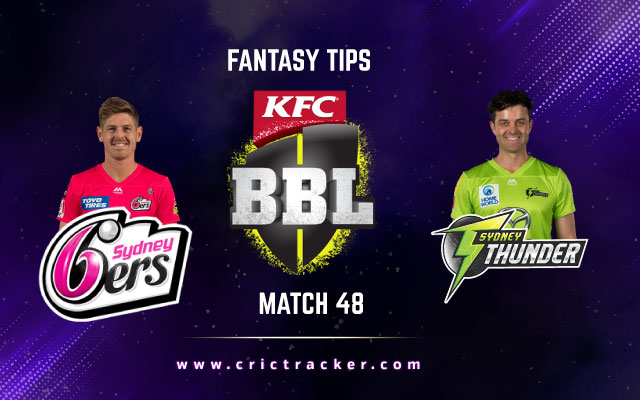 The 48th match of the Big Bash League (BBL) 2020-21 season will be played between Sydney Sixers and Sydney Thunder at the Adelaide Oval in Adelaide.

In tomorrow’s second Big Bash League, it will be two familiar foes locking horns in an unfamiliar setting. Local rivals Sydney Thunder and Sydney Sixers will go head-to-head at Adelaide in a game where a lot will be at stake, especially for the former.

Sydney Thunder are currently placed fifth. A win might catapult them to the second position, while a defeat can bring them down to seventh. The scenario is not as vital for Sixers, as they will remain at top irrespective of tomorrow’s outcome. However, they would prefer a healthy gap with the chasing pack.

Like the temperature on the field, Adelaide’s temperature will be soaring as well. It will be around 28 °C, but without any significant chances of rain.

Slightly tilted towards the batsmen, the Adelaide Oval track will also offer some purchase to the bowlers. Chasing should be the preferred option here.

Moises Henriques and Sean Abbott have returned from national duties and are included in Sydney Sixers’ squad.

Daniel Sams is nursing an injury and will not be available for this match.

Josh Philippe has been the star with the bat for the Sixers. The youngster has scored 421 runs, which is more than 130 runs ahead of the nearest competitor from his team.

Daniel Christian has used the enormous experience of playing T20 cricket all around to the globe to perfection. The veteran has scored 182 runs and has scalped 12 wickets.

Alex Hales has proved his calibre once again, this time in Australia. The Thunder opener has scored 352 runs at a fiery strike rate of over 155.

Tanveer Sangha is a candidate for being the best find of the season. The cunning bowler has picked up 18 wickets and has an economy rate of under 8 runs per over.

Another budget bowling option from the Thunder is Nathan McAndrew. He has not been as economical as Sangha, but has picked up 12 wickets. 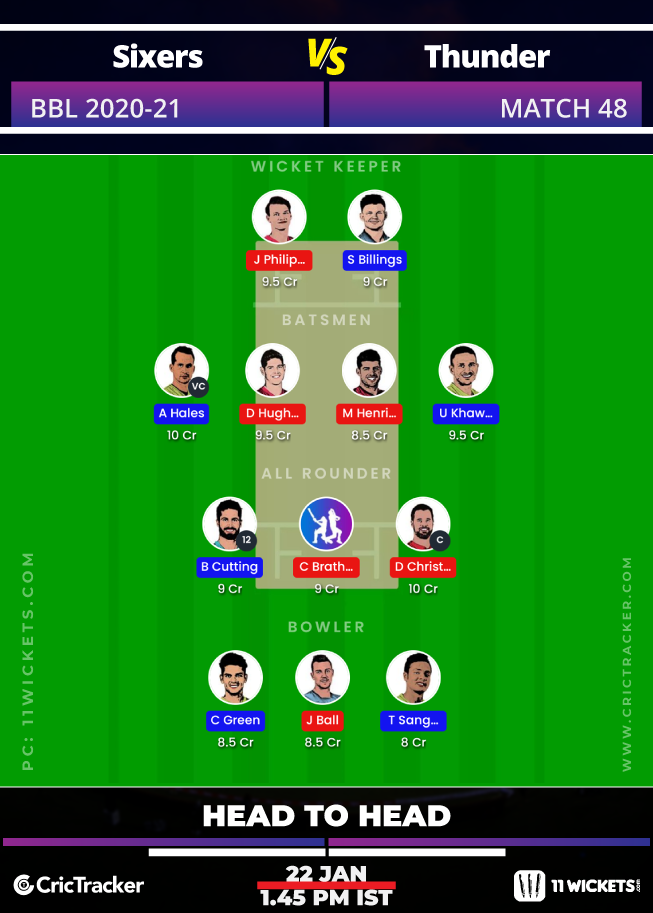 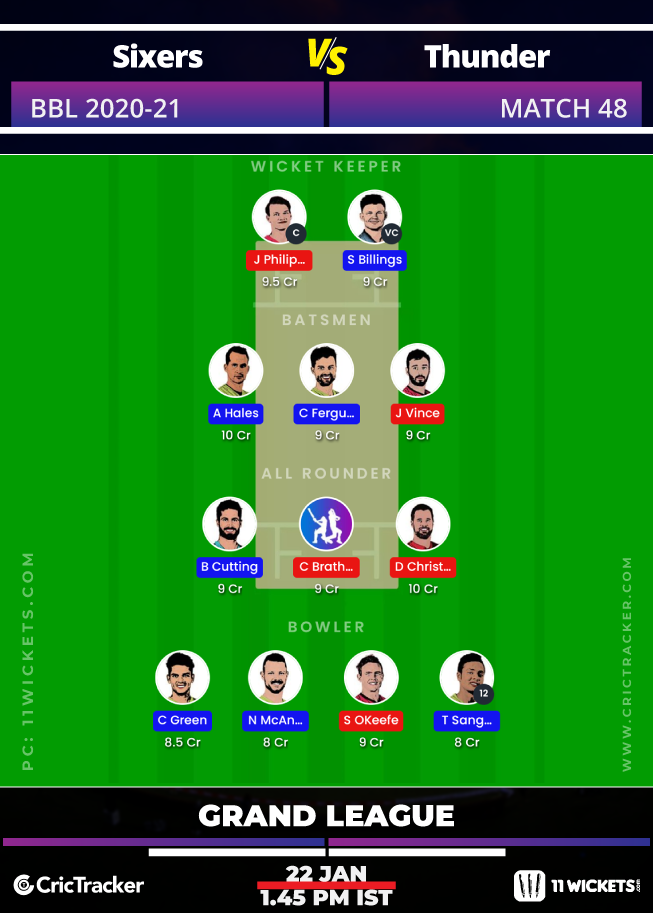 Wily old fox Steve O’Keefe is having a good season. The Sixers spinner has picked up 14 wickets and has an economy rate of under 7 runs per over. He should be included in at least one of your 11Wickets Fantasy teams.