Ellyse Perry is a good captaincy pick for this match.

Sydney Sixers and Sydney Thunder will clash in the 46th match of the 2021 season of the Women’s Big Bash League (WBBL). This contest will be held at the Harrup Mark in Mackay. Both Sixers and Thunder are placed at the bottom half of the points table.

Sydney Sixers are placed at the 6th spot in the points table and have emerged successful in 4 out of their 10 matches. Sydney Thunder are languishing at the last spot, having won only 2 out of their 10 rubbers. While the Sixers lost their previous match to the Adelaide Strikers, Thunder’s previous match resulted in a ‘No Result’.

The pitch will aid both batters and bowlers. While the bowlers will get good bounce on this strip, the ball will also come onto the bat nicely.

Phoebe Litchfield has amassed 217 runs in the tournament and has scored her runs at an average of 27.12.

Hannah Darlington has scalped 12 wickets for the Sydney Thunder side in the tournament and has taken her wickets at an average of 19.41. 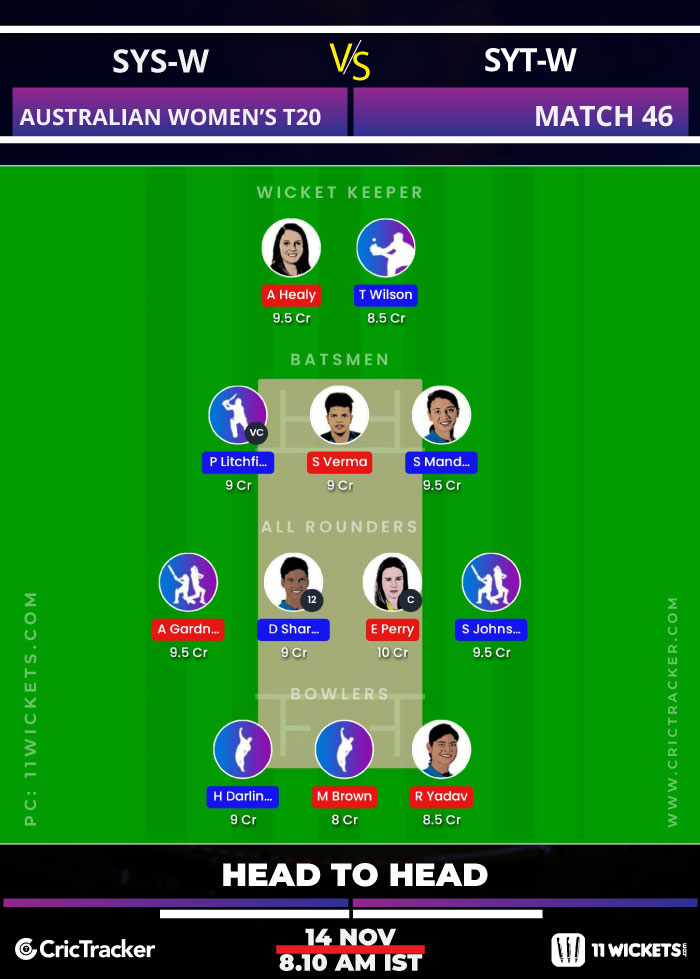 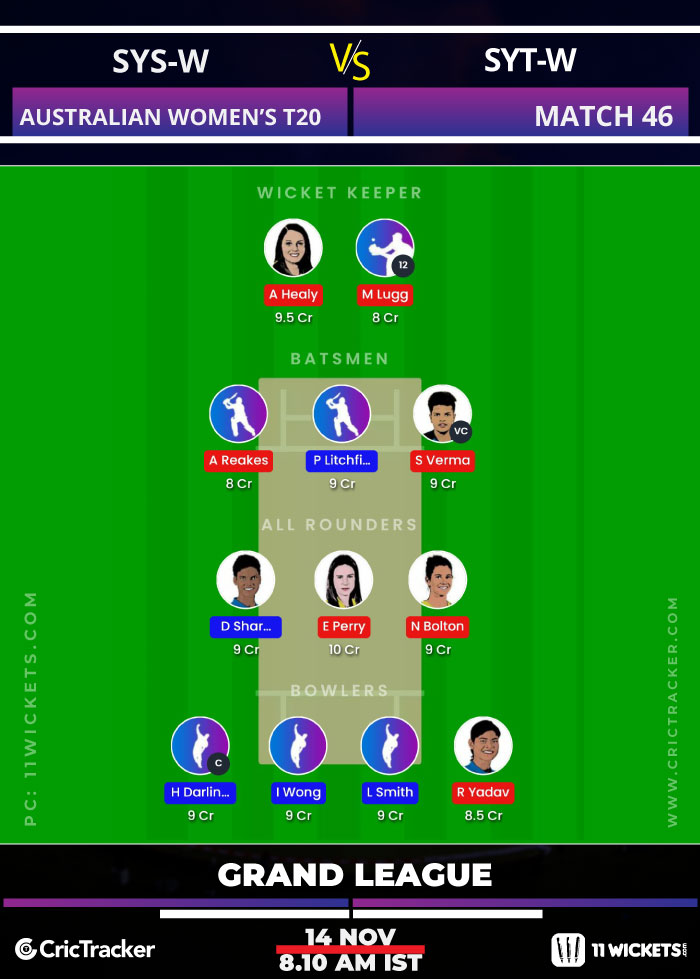