Rilee Rossouw amassed 195 runs in seven matches including an unbeaten 55 in the last game.

The 3rd place play-off of the T10 League 2019 in Super League will be played between Bangla Tigers and Qalandars at the Sheikh Zayed Stadium in Abu Dhabi.

The Bangla Tigers nearly spent a week without losing a match as they won three matches and tied one after losing to Gladiators in their first match. However, on the last day of the league stage, a big defeat against Maratha Arabians forced them to play the Eliminator. Despite some individual performances, the Tigers couldn’t progress. They will now be hoping to finish the tournament with a win as the face Qalandars in the 3rd place play-off match. Qalandars lost both their Qualifier matches on Saturday and missed out on a final spot.

The Abu Dhabi stadium could have a bit of cloud cover during this match is not expected to be interrupted by the rain.

The 5:45 PM local time matches have been low-scoring ones over the last couple of days. The totals regularly touched 120 in the first five days but none scored more than 110 in the last four days. As the match to be started at 5:45 will be the first in the match of the day to be played on Sunday, we could see a change in the trend again.

Jordan Clark didn’t get to play all matches but was drafted in for playoffs. He took six wickets in two matches on Saturday including a 4-fer in the first match. Samit Patel played only his 2nd game in this tournament on Saturday night and took a 3-fer. Qais Ahmed took two more wickets in the Eliminator to extend his tournament tally of 9 wickets. Rilee Rossouw amassed 195 runs in seven matches including an unbeaten 55 in the last game. 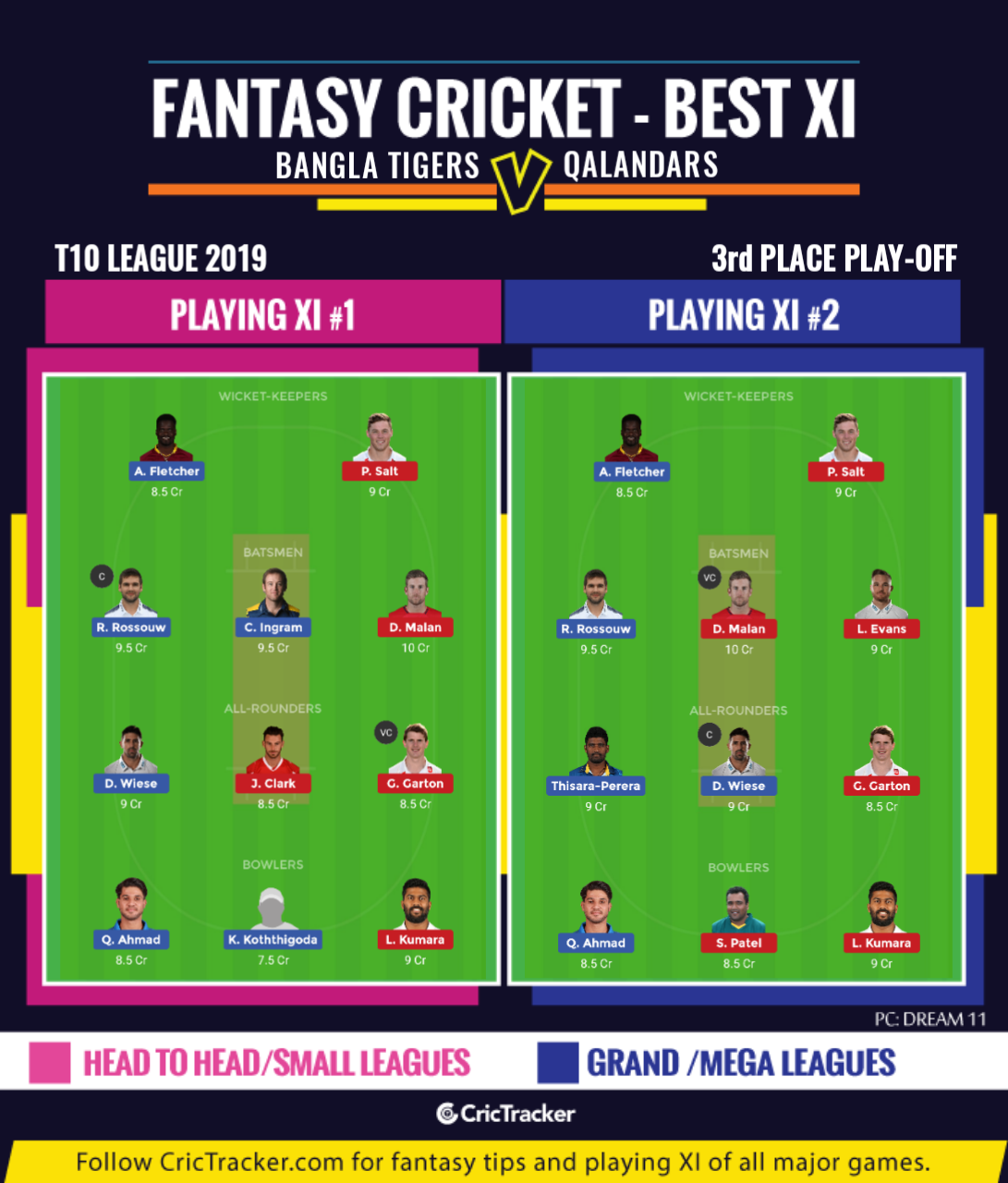 The Qalandars have been unpredictable with their selections over the last complete of matches. They have not picked Tom Banton, Chris Jordan and even left out Mujeeb ur Rahman in the last match. There is no proper update regarding their unavailability.

The Bangla Tigers are expected to win this game and finish at No.3.