Can the Qalandars and Team Abu Dhabi make the playoffs?

Delhi Bulls and Karnataka Tuskers have already bowed out of the T10 League after slumping to defeats in Thursday’s matches. However, there are still chances for Team Abu Dhabi and the Qalandars to sneak in through to the playoffs. On Friday, Dawid Malan’s Qalandars will play their last encounter of the Super League against the Bulls at the Sheikh Zayed Stadium in Abu Dhabi.

In the second game of the day, Bangla Tigers and the Maratha Arabians are scheduled to lock horns. Both teams have almost made it to the next round. The Arabians have the best net run rate of +1.678 amongst the other teams. In the last match of the day and of the Super League, Team Abu Dhabi will be crossing swords with the Tuskers and they will be desperate for a win to progress.

The track has gotten better with the progression of every match. The bowlers have come under the cosh and there hasn’t been any respite for them. But change of pace has reaped benefits for them. The trend of chasing teams winning has also changed and now teams want big runs on the board.

The conditions will mostly be sunny in the afternoon with the temperature starting at around the 27 degrees Celsius. The numbers will gradually come down and by the time the last game starts, the temperature will down to 21. Humidity won’t be an issue with the figures in the 30s and 40s.

The Bulls have depended heavily on Eoin Morgan, who has scored 171 runs at a strike-rate of 194.31. Kusal Perera has shown brilliance, but he is yet to show any consistency, Sherfane Rutherford has looked fluent in his short stays. The rest has been disappointing In bowling, on Ravi Rampaul has an economy below 10 and he is also their leading wicket-taker with 10 scalps.

Tom Banton has been the Qalandars’ standout batter with 162 runs at a strike-rate of exactly 200. Dawid Malan has played his part with efficiency, scoring 115 runs. Phillip Salt and Laurie Evans haven’t quite fired on all cylinders. The Qalandars’ bowling has been the best of the tournament. All of Prasanna, Chris Jordan, George Garton and Sultan Ahmed have economy rates less than 10.

The prediction is for Qalandars to win the match. 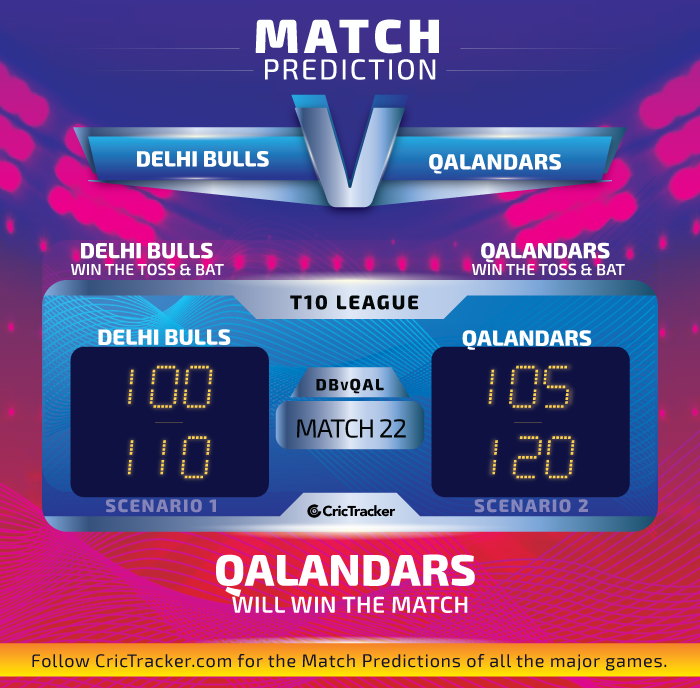 Rilee Russouw and Andre Fletcher have scored heavily for the Tigers with 140 and 114 runs respectively. Colin Ingram is yet to come into his own. There have been contributions from Robbie Frylinck, David Wiese and Tom Moores. Thisara Perera has floundered as well. Among the bowlers, Liam Plunkett and Qais Ahmed have done exceptionally. Koththigoda has bowled well as well.

The Arabians batting has mostly been about Chris Lynn, who currently has a stunning 265 runs at a strike-rate of 245.37. Adam Lyth, the Arabians second-highest run-scorer, has half the runs as that of Lynn. The rest of the batting hasn’t quite set the stage on fire. Their bowlers haven’t picked up many wickets. But fast bowlers Lasith Malinga and Mitchell McClenaghan have kept a check on the runs. 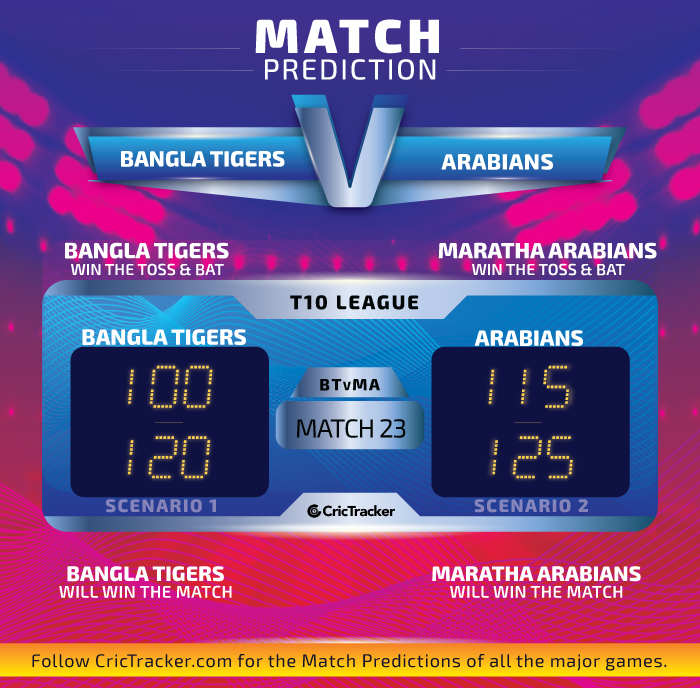 Johnson Charles has 129 runs at 211.47, but apart from him, the Tuskers’ batting has been no less than shambolic. The big names in the form of Evin Lewis and Hashim Amla as well. Upul Tharanga, surprisingly, got demoted after a 48 in their first match. Their bowling has been a greater concern as all of them has economy rates over 10. Raza and Rimmington and Sandeep are the wicket-takers.

Luke Wright has been in fine nick for Abu Dhabi as he has 151 runs at a decent strike-rate of 169.66. Avishka Fernando got a quick-fire half-century and he is in pretty good form. Ben Laughlin has Rohan Mustafa have been able to keep a check on the runs with economy rates of 8.25 and 9.53 respectively. Marchant de Lange has four wickets in his kitty, but at an expensive rate of 11.88.

The prediction is for Team Abu Dhabi to win the match. 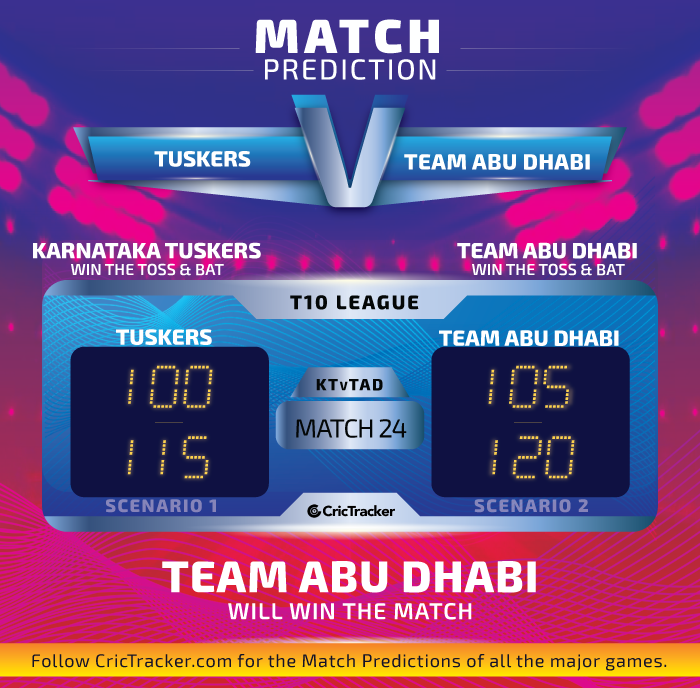