Qais Ahmed has claimed 6 wickets over the last four matches.

The Eliminator of the T10 League 2019 in Super League will be played between Deccan Gladiators and Bangla Tigers at the Sheikh Zayed Stadium in Abu Dhabi.

The Deccan Gladiators will face off Bangla Tigers in the Eliminator game on Saturday soon after the Maratha Arabians take on the Qalandars in the Qualifier 1. Both Gladiators and Tigers could have been the opponents in the 1st Qualifier had a put on little more effort on the final day of the Super League. The Deccan team lost to Northern Warriors by 10 runs which is their first loss in the tournament since losing to Delhi Bulls on the opening day. Bangla Tigers lost to the Arabians on Friday which was their first defeat since losing to Gladiators in their first match.

The Abu Dhabi stadium could see a bit of cloud around 7 PM local time but no rain is expected.

The last couple of matches that started at 5:45 PM have produced slightly lower totals in comparison to what has been seen in the first 5 days. Since this is playoffs, we can expect pitches to be different and suit the batsmen more. Usually, the teams batting first needed at least 130 to win during the 2nd match of the day.

Qais Ahmed has claimed 6 wickets over the last four matches. Robbie Frylinck hasn’t done much with the ball but has aggregated 102 runs at an average of 34. Zahoor Khan took 2/8 in the match against Northern Warriors. He bowled 9 successive dot balls which include maiden in the 9th over of the innings. Shane Watson amassed 204 runs at an average of 51 with help of two fifties in six innings. 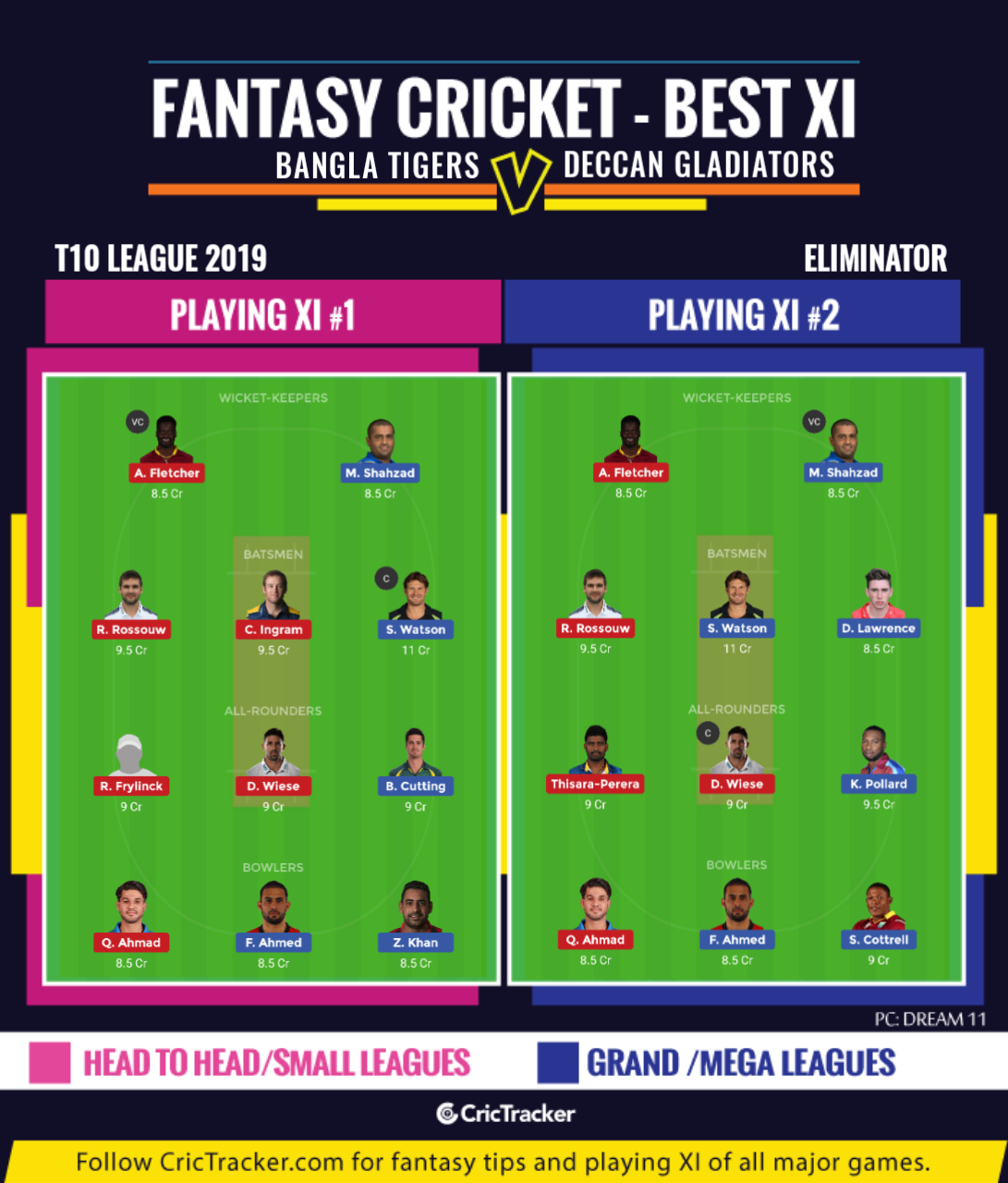 There are quite a lot of worthy players in the all-rounders’ category for this game. However, no one is as trustable and consistent as David Wiese among them. Only Robbie Frylinck comes close to that level of consistency.

The Bangla Tigers are expected to win this fixture.