Youngster Prem Sisodiya has picked up 5 wickets so far at an economy of just 5.5 and can be a threat. Richard Levi is due for a big one and this could be the match for that innings.

Glamorgan will take on Northamptonshire Steelbacks in the upcoming match of the T20 Blast 2020 at the Sophia Gardens in Cardiff. This match is scheduled to start at 2:00 PM Local Time (6:30 PM IST) and may be viewed on Fan Code app (subject to availability).

Glamorgan take on Northamptonshire in a match between two teams at the opposite ends of the points table in the Central Group. Northamptonshire has had a good run with 4 victories in 6 games. Barring the lone 35-run defeat in their last game against Gloucestershire, they have been very dominant.

Glamorgan on the other hand has been on a losing streak since the last 4 games and have won only 1 out of their 6 games. In their first meeting, Northamptonshire had easily chased down the target of 161 set by them. This game is of utmost importance for Glamorgan, in order to stay alive in the tournament.

13th September in Cardiff is expected to be a sunny day with a gentle breeze. The temperature range is going to be a pleasant 12-22 degree Celsius and almost no rain is expected during game time.

The track at Sophia Gardens Stadium offers enough opportunities for the bowlers. In the only completed game in Cardiff this season, Glamorgan batting first could get to only 140. The pitch isn’t a belter, but will surely have runs for the batsmen who will show good technique and temperament.

Paul Stirling has been in very good form. He has scored 163 runs in 5 innings which includes an astonishing knock of 80. He has an impressive average of 40.8 and has provided quickfire starts with an excellent strike rate of 163.

Chris Cooke had a good start to the tournament with back to back fifties. Though he hasn’t had a big score in the last couple of games, Cooke has managed to pile up 181 runs in 5 games at an average of 45.2 and strike rate of 125.7.

33-year-old campaigner Graeme White has picked up 8 wickets in 5 games at a strike rate of 14.9 and an economy of just 6.76. He had picked up 10 wickets last season as well and has carried on in the same way.

Andrew Salter has done well with the ball with 8 wickets in the season so far at an economy of 7.75 and a strike rate of 15. He has chipped in with a few runs as well, batting down the order for Glamorgan. 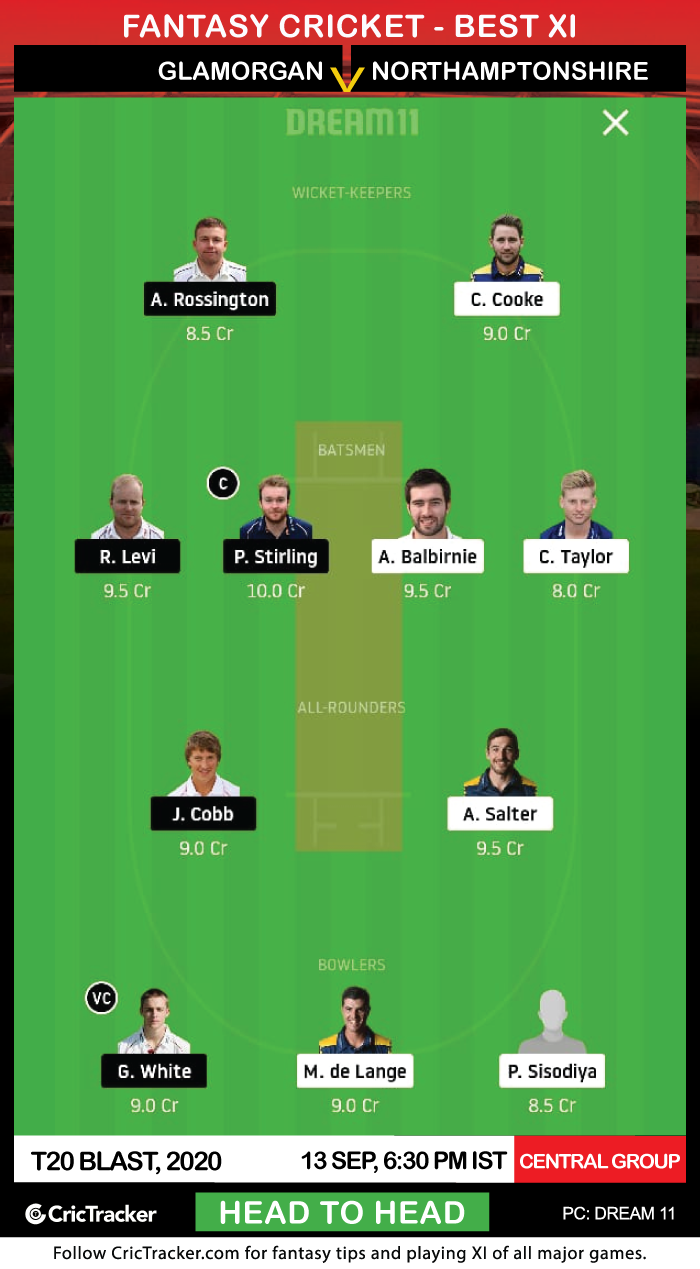 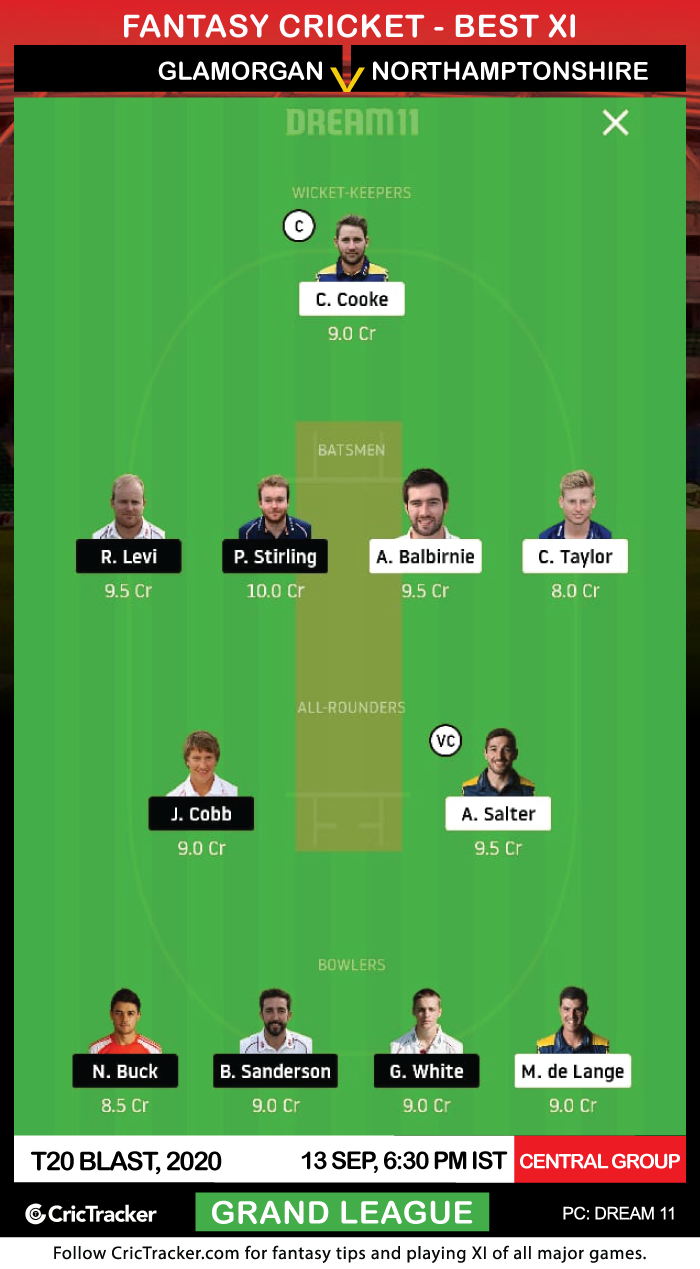 Youngster Prem Sisodiya has picked up 5 wickets so far at an economy of just 5.5 and can be a threat. Richard Levi is due for a big one and this could be the match for that innings.

Northamptonshire is expected to win this match.