Paul Stirling scored an unbeaten 80 from 48 balls with 13 boundaries and also claimed two wickets in the first game.

The Central Group match of the T20 Blast, 2020 will be played between Northamptonshire and Somerset at the County Ground in Northampton.

Northamptonshire and Somerset will face off in the Central Group match on Sunday. Both the teams had their first match washed out but Northampton had their game on Saturday against Worcestershire completed. A collective bowling effort from Northants kept Worcester, the finalists of the last two T20 Blast season down to 124/7. The Ireland International, Paul Stirling smashed an unbeaten 80 off 48 balls after picking up a couple of wickets. His knock helped the Northamptonshire to chase down the target losing only one wicket in 128.

No forecast of rain during the match to be played on Sunday afternoon at the Northampton’s County Ground.

The County Ground in Northampton hosted five completed matches during the 2019 T20 Blast where two teams successfully chased 180+ targets while two teams won despite posting totals under 160. In some matches, there will be help with the new ball in the first innings.

Paul Stirling scored an unbeaten 80 from 48 balls with 13 boundaries and also claimed two wickets in the first game.

Roelof van der Merwe was leading wicket-taker for Somerset in 2019 T20 Blast where he bagged 15 wickets in 13 games.

Eddie Byrom scored 185 runs in nine innings during the 2019 T20 Blast but importantly at a strike rate close to 200. 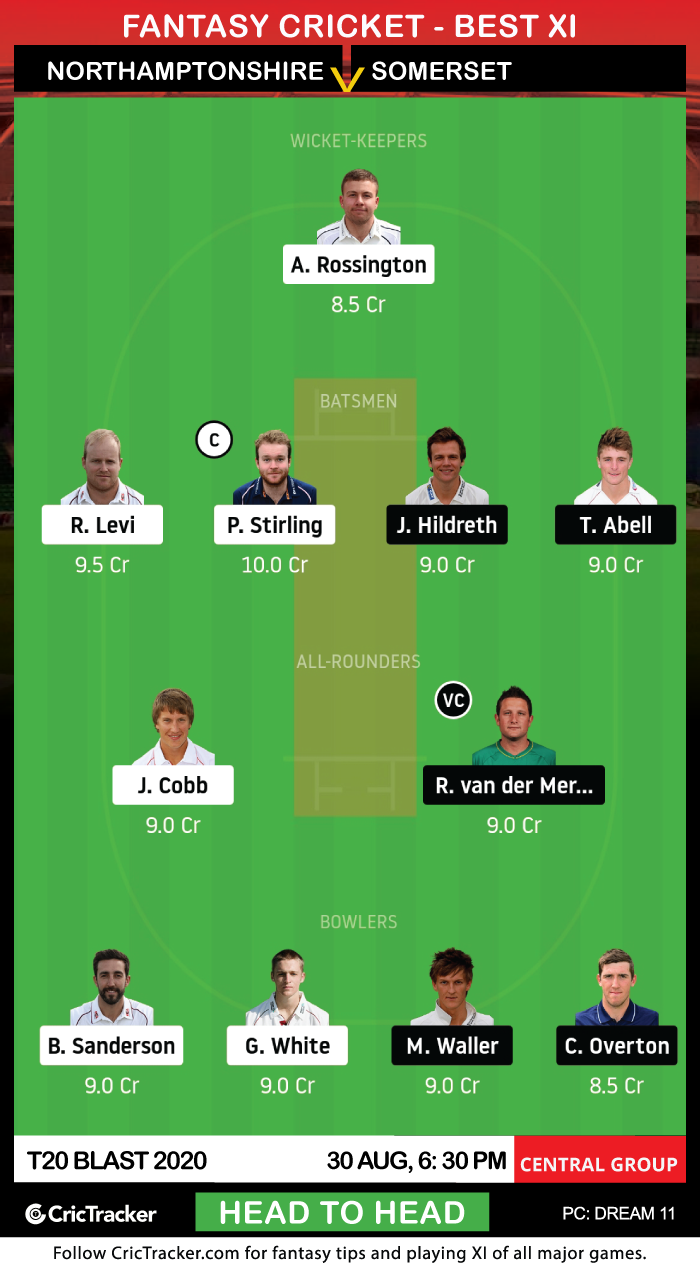 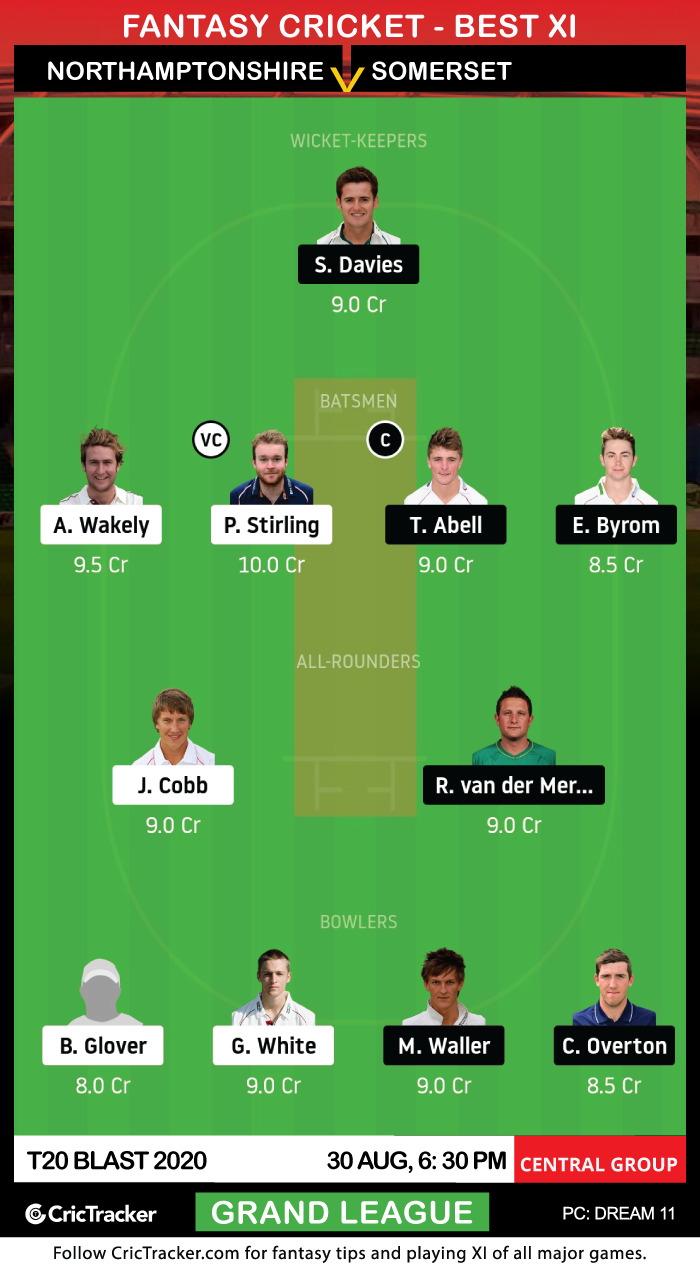 James Hildreth is picked in almost 80% of fantasy teams but the senior batsman has not scored a fifty in any of the 13 matches in 2019 T20 Blast. Across six innings in Bob Willis Trophy, he scored only 124 runs with a best of only 32.

Somerset is expected to open their winning count with a close victory against Northamptonshire.