The Central Group match of the T20 Blast 2020 is all set to be played between Warwickshire and Glamorgan at Edgbaston, Bermingham on Friday, September 11th.

This match is scheduled to start at 6:30 PM Local Time (11 PM IST). It will be streamed live on FanCode.

After winning their second game of the season by 4 runs in a rain interrupted match against Somerset, Warwickshire will be looking to carry the momentum to their 6th Central Group match against the 5th placed Glamorgan. Warwickshire is coming to this game with a win against Somerset and will be looking to extend their winning streak to two as they are at 4th spot in the Central Group’s Points Table with two wins in five games.

On the other hand, Glamorgan suffered three losses in a row including a defeat against the Warwickshire in Cardiff. They will be looking to win their second match of the season and keep their hopes alive to move ahead to the knockouts.

It is expected to be mostly cloudy during the course of the game with zero chances of rain. The temperature will be around 17 Degree Celsius during the match time.

The Edgbaston pitch looks good for both pacers and batsmen. There might not be much help for the spinners.

BPH vs TRT Match Prediction – Who will win today’s The Hundred Men's match?

Sam Hain is scoring at an average of 51.50 in the tournament. He is coming off scoring an unbeaten half century from the last game.

Olly Stone is the top wicket taker for the bears with 5 wickets in 5 matches at an average of 21.60.

Chris Cooke scored a 56-ball 72 in his previous meeting with Bears earlier this season. Overall he has an average of 56.66 in the tournament so far at a SR of 127.81. He has scored 140 runs in this tournament so far.

Andrew Salter has the highest number of wickets in his team that is 6 wickets in 5 matches, including a 4-fer.

Tim Bresnan took 3 wickets against Glamorgan in the earlier fixture this season. 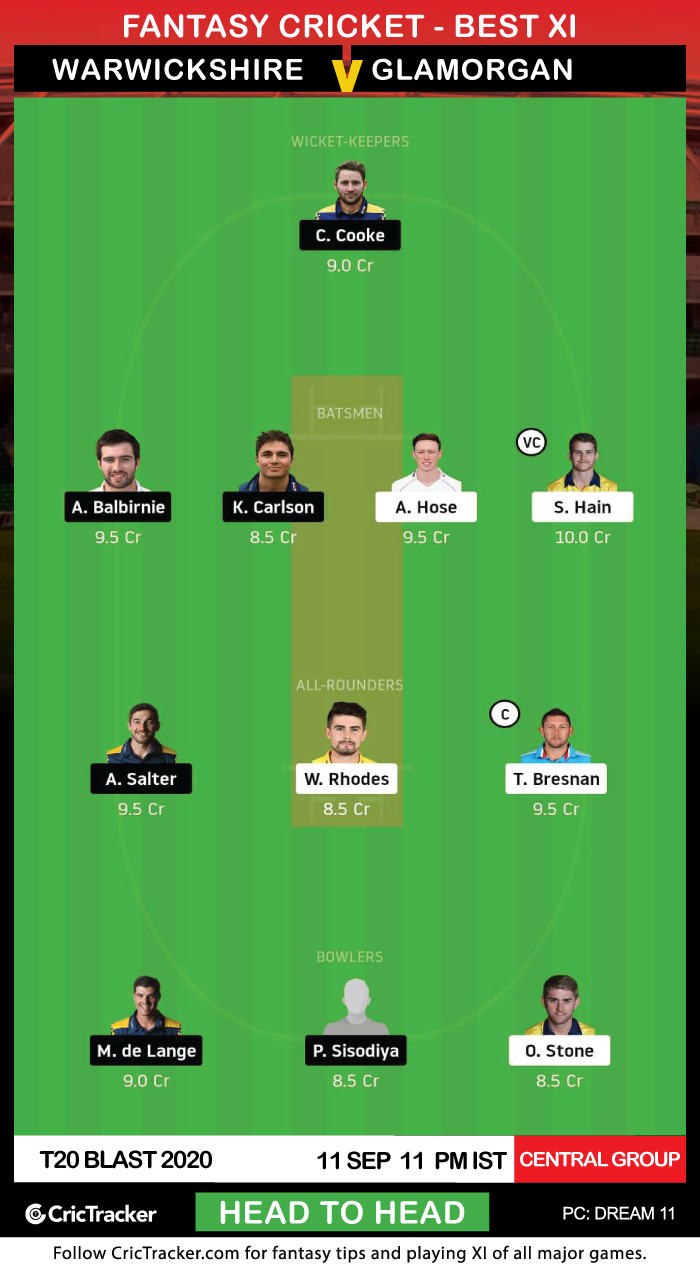 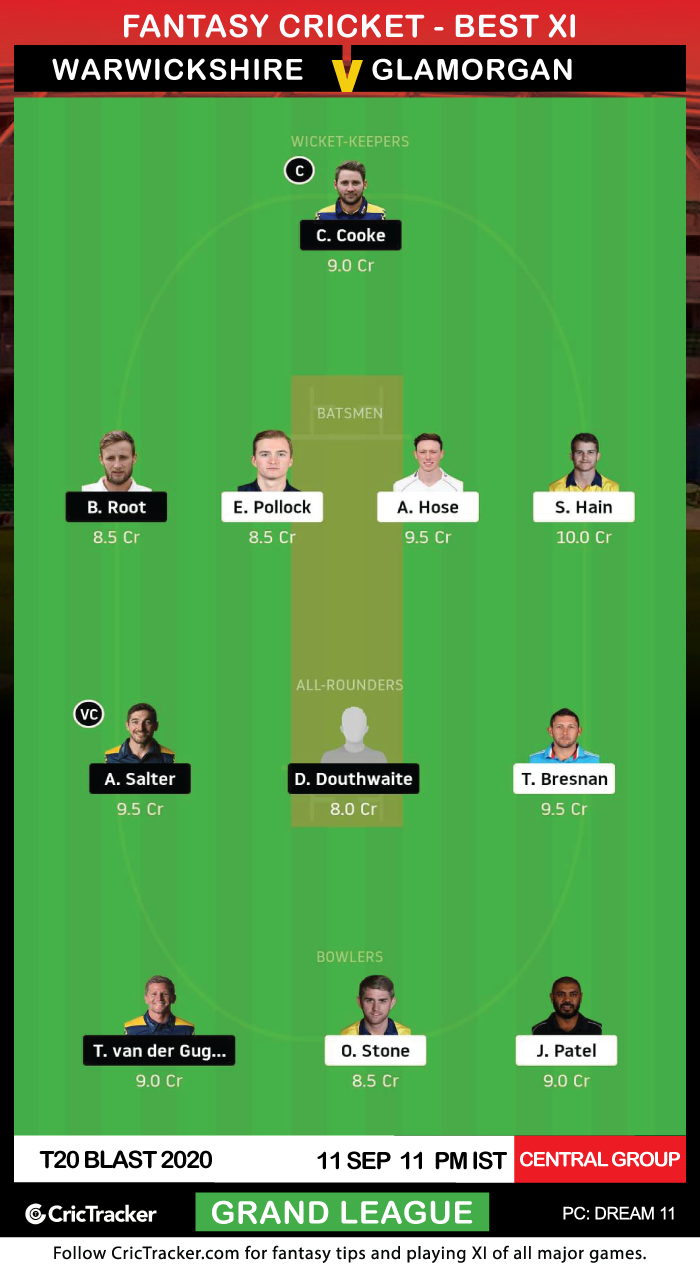 Olly Stone and Tim Bresnan took 5 wickets together in their previous outing against Glamorgan and is advisable to pick them in your XI.