Captain James Taylor played a superb cameo of 16-ball 27 against Worcestershire. He can score many points with the bat if he plays a few more balls. It is advisable to pick him in the team.

The Central Group match of the T20 Blast 2020 is all set to be played between Birmingham Bears and Gloucestershire at Edgbaston in Birmingham.

After defeating Worcestershire by 22 runs in their last match, Gloucestershire will look to carry forward the winning momentum and record a win over the Bears. Warwickshire defeated Glamorgan in their second game. However, they suffered a 38-runs loss at the hands of Northamptonshire in their previous outing.

There is a high possibility of rain in Birmingham. The fans may get another washout or the overs might be reduced. The temperature is expected to be 14 degrees Celsius.

The pitch is best suited for the pacers. Overall, the nature of the wicket is balanced, but the rainy conditions might make it difficult for the batsmen to hit boundaries.

(Will be updated when available)

Chris Dent hit a brilliant half-ton against Worcestershire the other day. He scored 60 runs from 33 runs, an innings that included 8 fours and a six.

David Payne returned with figures of 3/32 in the last match. He dismissed Rutherford in the powerplay and then scalped two more wickets in the death.

Sam Hain has been the most successful batsman at this venue. In the seven T20s he has played in Birmingham, Hain has scored runs at an average of 43.1.

Jeetan Patel has scalped seven wickets in seven matches at Edgbaston. His economy rate has been 5.88, making him a top pick for this contest. 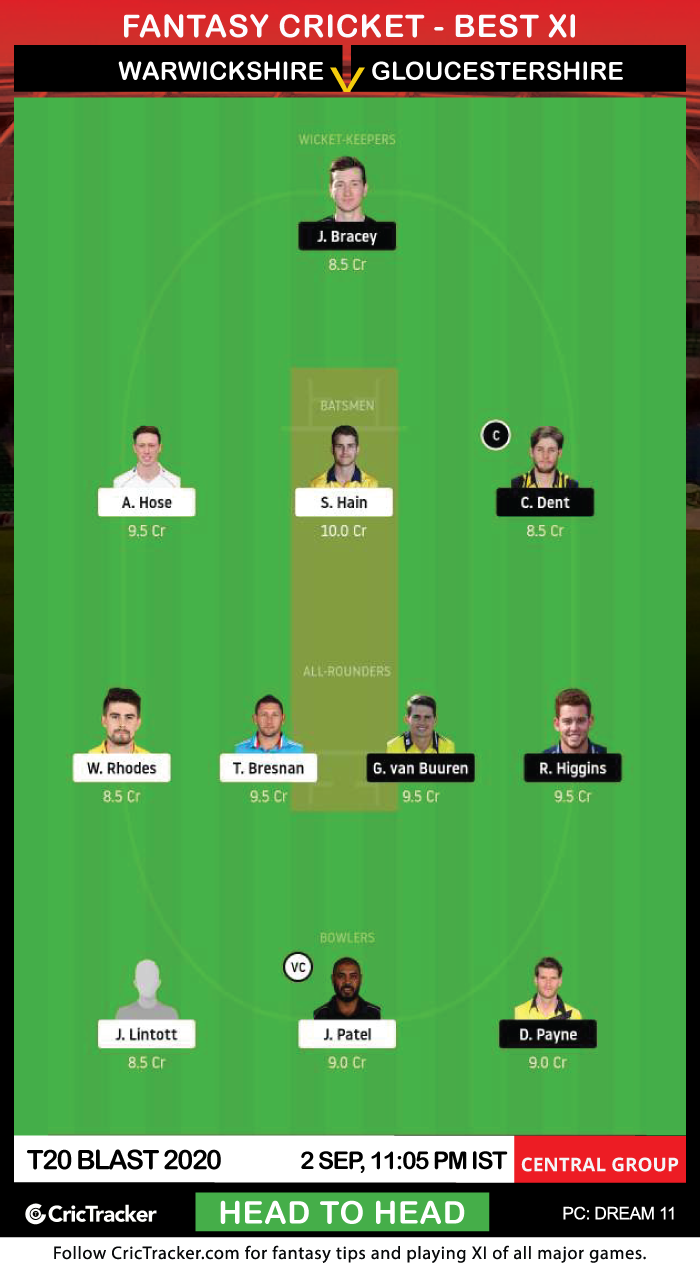 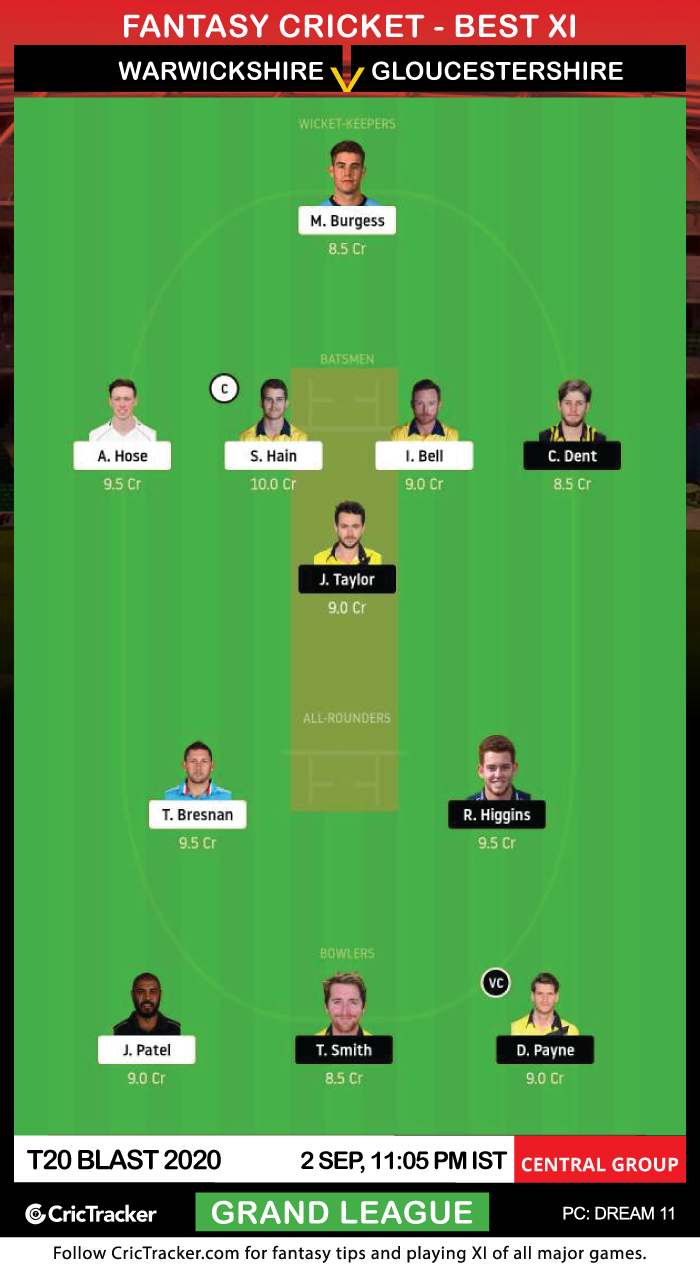 Captain James Taylor played a superb cameo of 16-ball 27 against Worcestershire. He can score many points with the bat if he plays a few more balls. It is advisable to pick him in the team.

Birmingham Bears is expected to win this match.