Ian Bell is a seasoned pro, who could score a good 30-40 runs in this match. 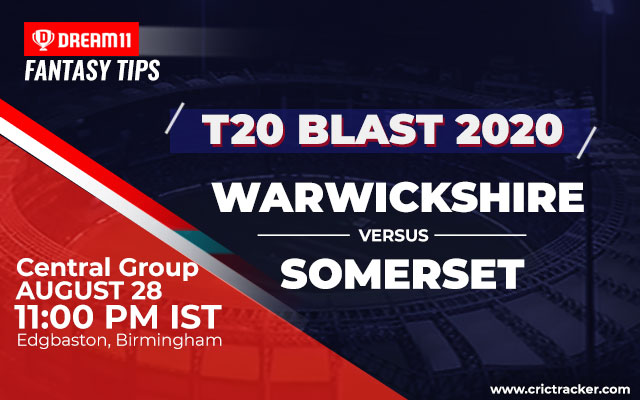 The 8th match of the Vitality T20 Blast will be played between Warwickshire and Somerset at Edgbaston in Birmingham.

After finishing second last in the North Group points table, Warwickshire will look to improve their performance in Vitality T20 Blast 2020. They have been placed in the Central group and will lock horns with Somerset in their first match. Warwickshire could only win four of its 14 matches last year.

On the other side, Somerset finished at the sixth position in the South Group, with six wins in 14 matches. This is the first meeting between the two sides since 2013. Warwickshire were not able to defeat Somerset in their last four clashes.

There are high chances of rain in Edgbaston during the match time. Since the rainfall is not expected to stop until 11 PM local time, the fans could get another washout in the Vitality T20 Blast. The temperature will stay around 12 degrees Celsius.

The final and semi-finals of the previous season were hosted by Edgbaston. Simon Harmer, the South African off-spinner, scalped seven wickets in two games, which highlights that the pitch assisted the slower bowlers. Also, the team batting first could touch the 200-runs mark only once in the last five games.

Tom Banton and Lewis Gregory will not be available for Somerset as they are a part of the England T20I squad for the series against Pakistan. Also, Somerset has not confirmed Babar Azam’s retention.

Sam Hain was the best batsman for Warwickshire in the 2019 T20 Blast. Hain scored 459 runs in 12 matches at an average of 41.73, which makes him a prime pick for this contest.

Dutch player Roelof van der Merwe is a T20 specialist, who has scored 2,443 runs and scalped 223 wickets in 232 games. The pitch will support the slower bowlers and van der Merwe could pick up multiple wickets.

Warwickshire batsman Adam Hose stood at the 12th position in the ‘Most Sixes by a Batsman’ list of T20 Blast 2019. Hose hit 10 maximums in 10 games, aggregating 300 runs for his team. He is a reliable option for captaincy.

Scottish player Josh Davey is in excellent form as he dismissed seven batsmen in the recently concluded first-class match between Somerset and Gloucestershire. He will lead Somerset’s pace bowling attack in the tourney. 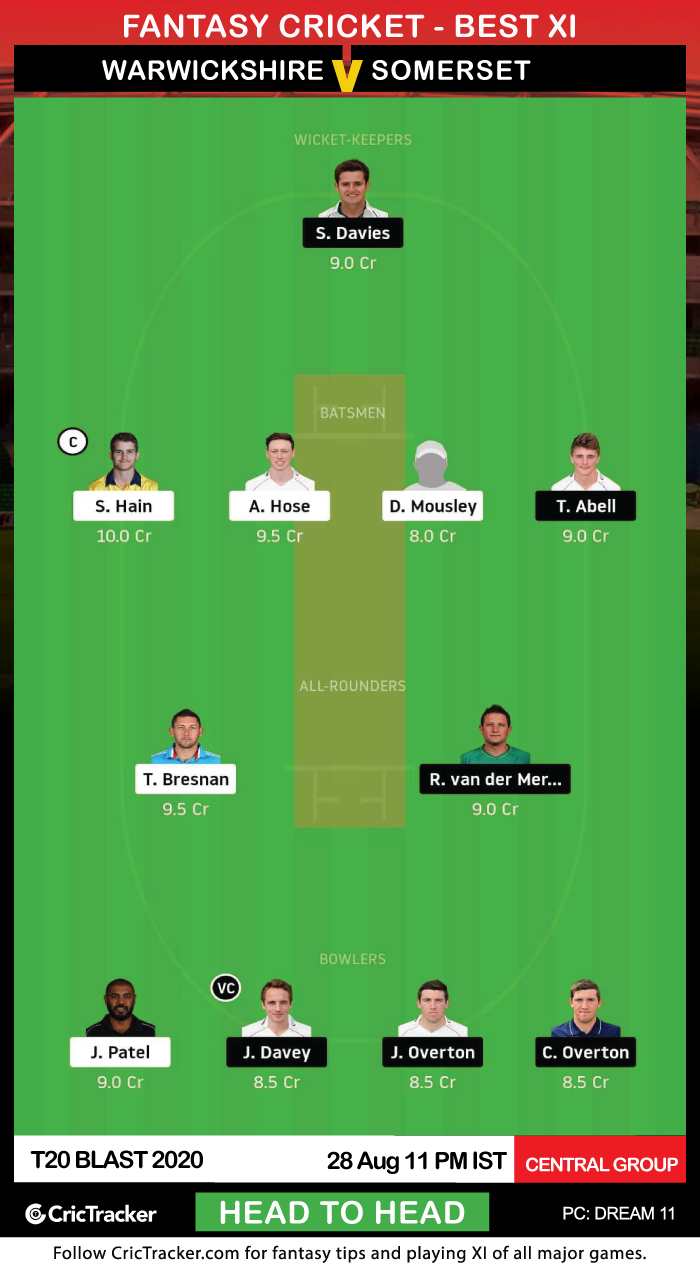 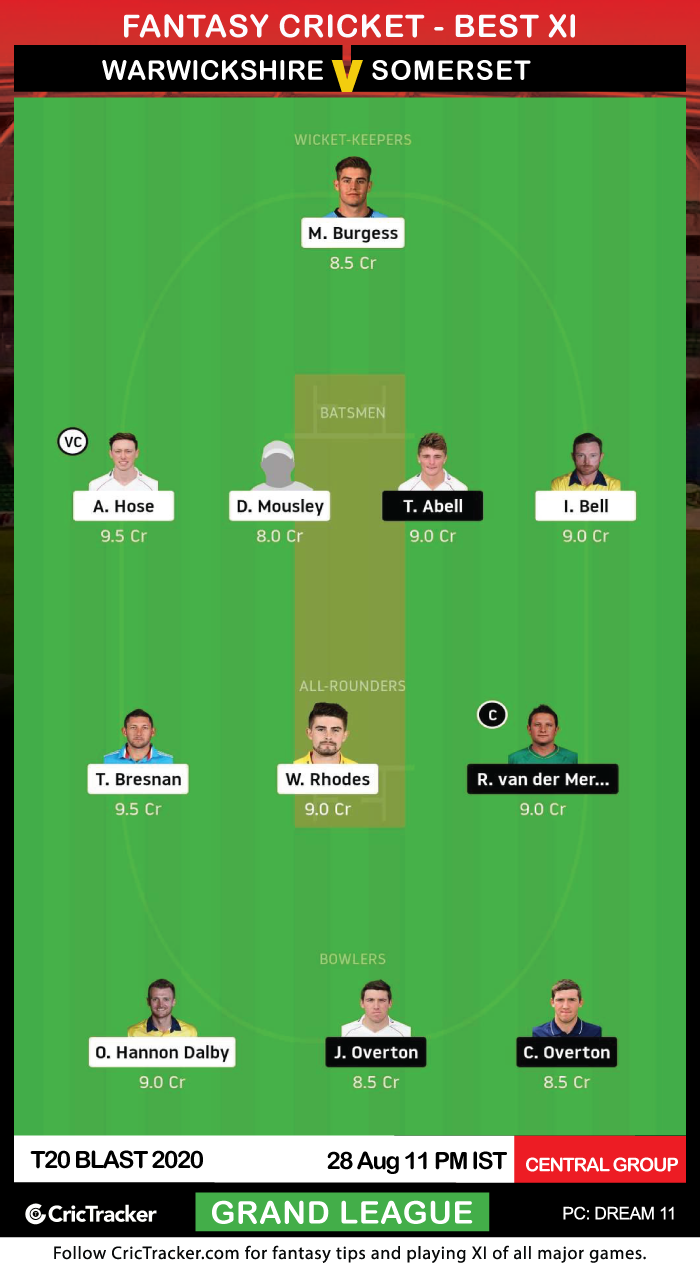 Ian Bell is a seasoned pro, who could score a good 30-40 runs in this match. At the time of writing, only 6.21% of Dream11 Fantasy users had selected him in this team. Hence, Bell can prove to be a differential.