The upcoming North Group match of the T20 Blast 2020 is all set to be played between Durham and Derbyshire on Wednesday at the Riverside Ground, Chester-le-Street.

Derbyshire Falcons are placed at the 5th spot in the North Group points table of the Vitality Blast 2020. The team is with 1 point from 3 matches after 2 losses and 1 washed-out match. Durham, on the other hand, have failed to prove their mettle in the league till now. They were on the losing end in all their three fixtures and are sitting on the bottom of the points table.

Derbyshire Falcons lost their last game by a thin margin of 4 runs. Durham, in their last game, lost while chasing by a margin of 30 runs. Both the teams do not have the winning momentum on their side. But, since the teams have a couple of big names each, this contest promises to be a mouthwatering one.

Wednesday will be a pleasant day with the temperature range between 11-17 degree Celsius. Just about 3 per cent precipitation is expected around match time. Since it is a night game, dew might come into play later.

Riverside Ground will host this match. In the ongoing T20 Blast 2020, it has already hosted two matches where the visiting sides managed to defend 190 runs and successfully chase 182 runs respectively.

In their previous match, Wayne Madsen suffered an injury. He may miss this match. The 19-year-old Nils Priestley has been added in this squad.

Edward Barnes made his T20 debut in the last game where the youngster impressed with the bowling figures of 3-0-27-2.

Alex Less has hit two half-centuries in three games thus far. He scored 140 runs at an average of 47 and a strike rate of 125.

Captain of Durham, Nathan Rimmington, has managed to take 4 wickets in this tournament with an economy rate of 7.36 and at an average of 19.76.

Graham Clark registered a half-century in the tournament and scored 72 runs in three matches. He has a batting average of 39.56. 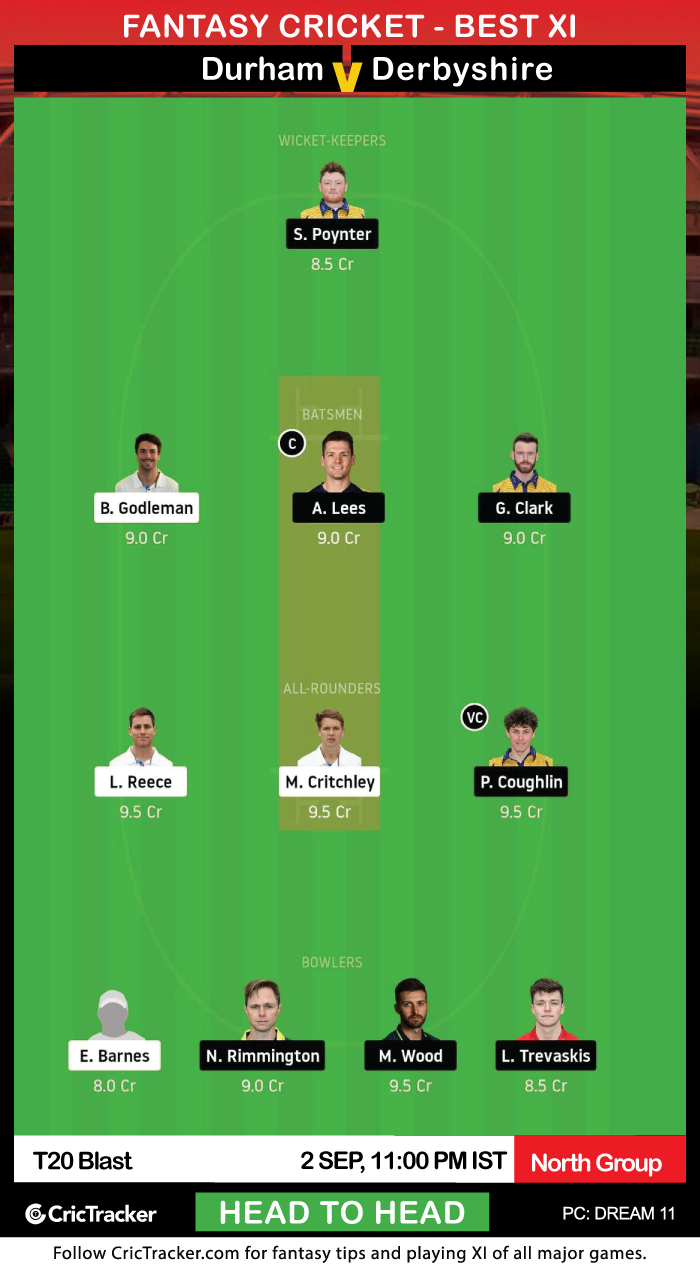 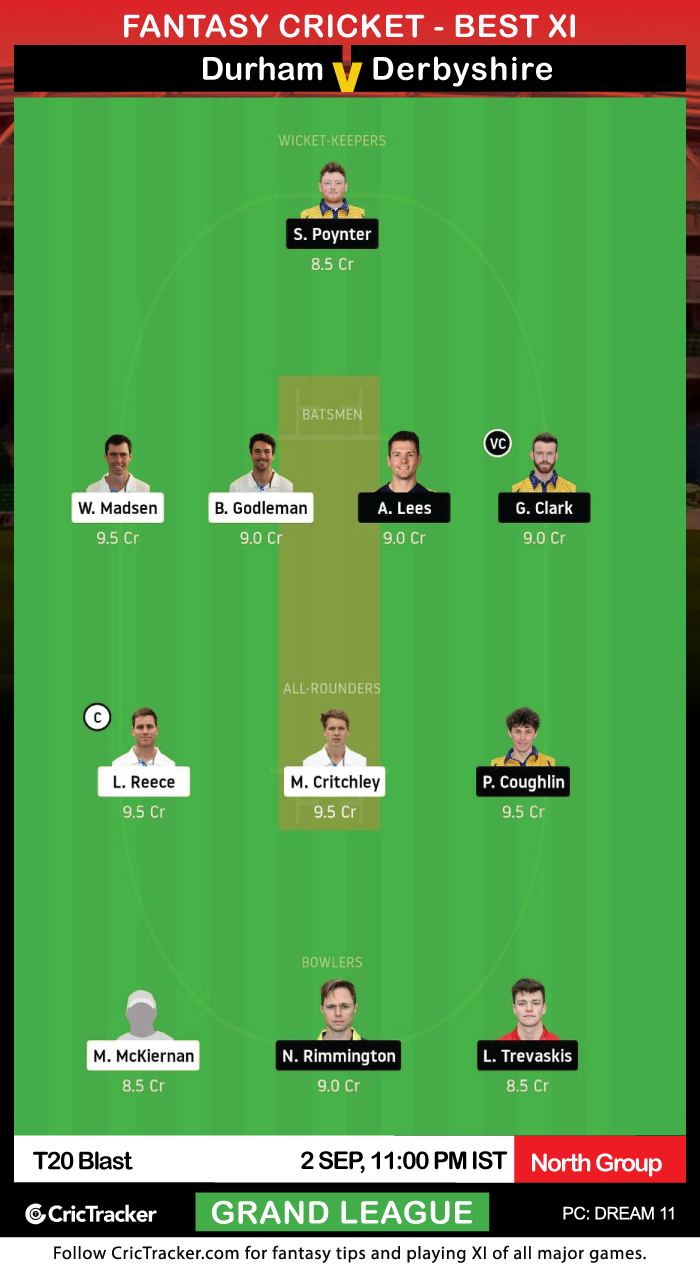 Stuart Poynter is a very experienced wicket-keeper and is a great option to have in your Fantasy team. You could pick him in both your teams.