Having scored 257 runs in 6 games, Daniel Bell-Drummond is expected to be on fire on Monday.

The upcoming South Group match of the T20 Blast 2020 is all set to be played between Hampshire and Kent at The Rose Bowl in Southampton.

After losing three consecutive matches, Hampshire will be keen to return to the winning ways, when they take on Kent on Monday. The two teams had met in Canterbury earlier in this season, but the match did not produce a result as rain played spoilsport. Hampshire’s last defeat was at the hands of Middlesex.

Kent were unbeaten in their first six games. However, Sussex handed them a thumping 8-wicket defeat two days ago. Nonetheless, they will be extremely confident heading into this fixture as they have not lost even a single match of their last five battles against Hampshire.

There are no chances of rain in Southampton on Monday. The temperature is expected to be around 25°C during the match time.

England and Australia played a 3-match T20I series in Southampton recently. The pitch was equally supportive to the batsmen and the bowlers. None of the two sides could get past the 165-run mark in the series.

George Munsey and Liam Dawson are injured and will not play this match.

Joe Denly opened the bowling for Kent in the last match and bowled a decent spell of 1/19. He was also the top-scorer with the bat, scoring 32 runs off 17 deliveries.

Tom Alsop batted brilliantly for Hampshire in the previous game at The Rose Bowl. The opening batsman scored 43 runs off 37 deliveries, including five boundaries.

Daniel Bell-Drummond has been the best batsman for Kent in this competition. The captain has led his team from the front with 257 runs in six matches. He can be a great addition to your Dream11 Fantasy team.

Mason Crane has been the star for Hampshire in the bowling department. He has dismissed seven batsmen in six games, while his economy rate has been 5.16. 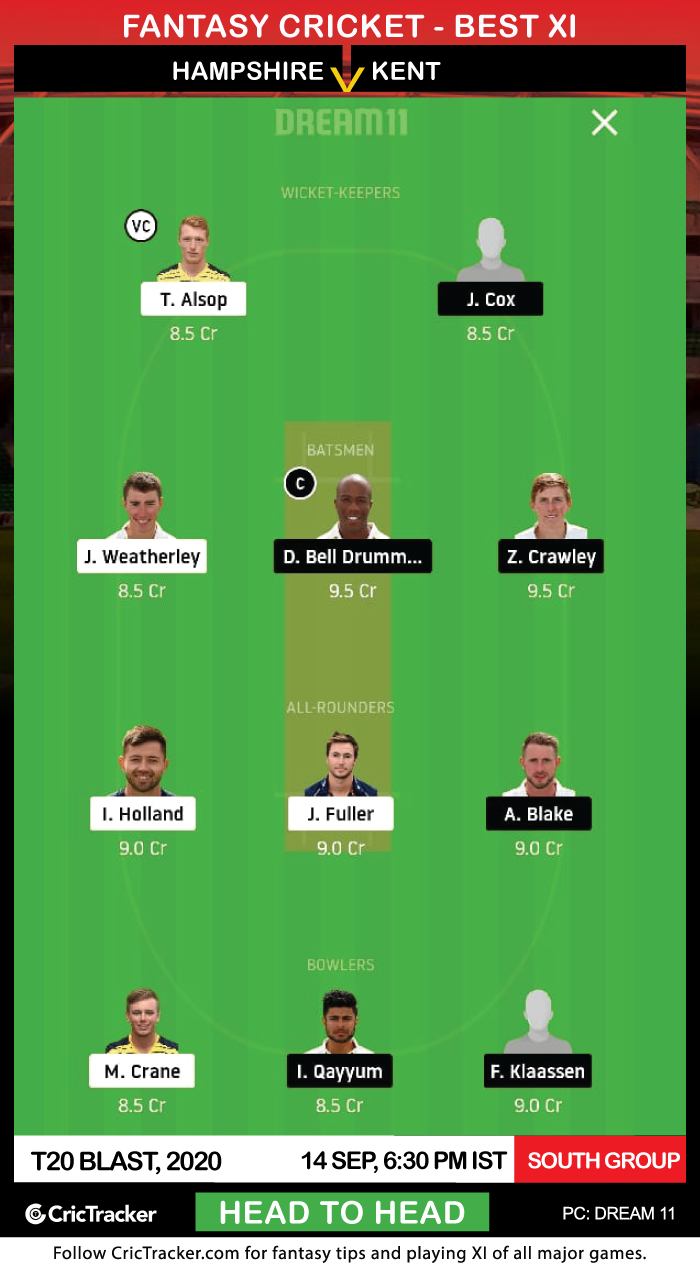 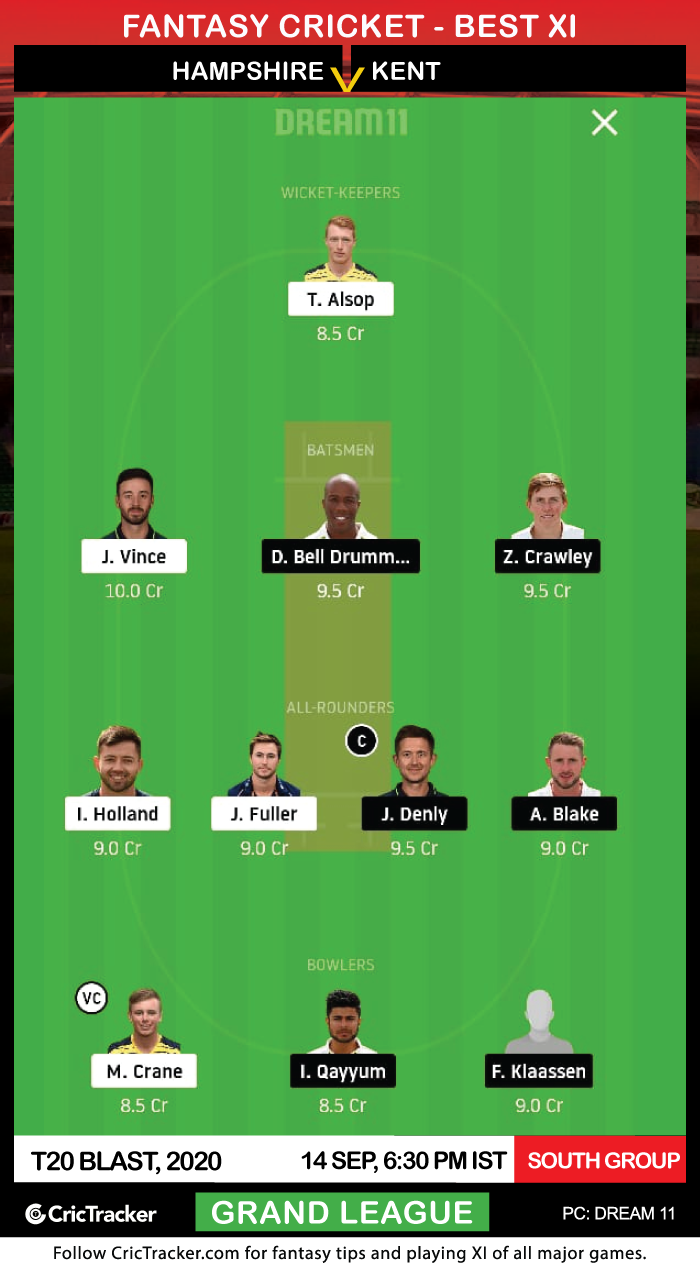 Imran Qayyum could be the X-factor of your Dream11 Fantasy team. The Kent spin bowler has picked five wickets in six matches, with an astonishing economy rate of 5.25. The pitch at The Rose Bowl could help him scalp more wickets. It is advisable to pick him in the team.