The top four teams of the T20 Mumbai league 2019 have been finalized. ARCS Andheri took on North Mumbai Panthers in the first semi-finals and it was the Panthers who made it to the finals. While SoBo SuperSonics take on Aakash Tigers MWS on May 25 at the Wankhede Stadium. North Mumbai skipper Prithvi Shaw and Salvi helped the team get over the line in a last-ball thriller. Here is all you need to read for both the teams before picking your Fantain XI.

Super-consistent SuperSonics have won 4 out of 5 matches in the tournament putting them at the top spot. They met current opponent Aakash Tigers on 18th May and won by 10 runs. That is a good place to start as players like Parag, Jay and Dhrumil have been consistent with their contribution to the team.

Aakash Tigers lost to SuperSonics by ten runs but the semi-finals is a whole new ball game. That is the attitude the Tigers should adopt in the 2nd semi-finals. Mulani and Tendulkar are the attack vectors of Aakash Tigers.

Parag: MOM in the first match of the tournament against ARCS Andheri for his smashing 96 (unfortunately run out) he has contributed to the points in the Fantain Fantasy app with both runs and wickets.

Tendulkar: Key to the team and the fantasy player that picks him; Tendulkar took his time to settle down but has shown what he is capable of.

Jay Bista: Catches, wickets and runs, this man has done it all. Be it at the Ranji Trophy or the T20 match, Jay Bista has been a consistent blaster all through.

Gomel: In the last match against SoBo SuperSonics, Gomel hit 43 runs off 43 deliveries and took a catch. He is more than likely to deliver in the second semifinals as well. 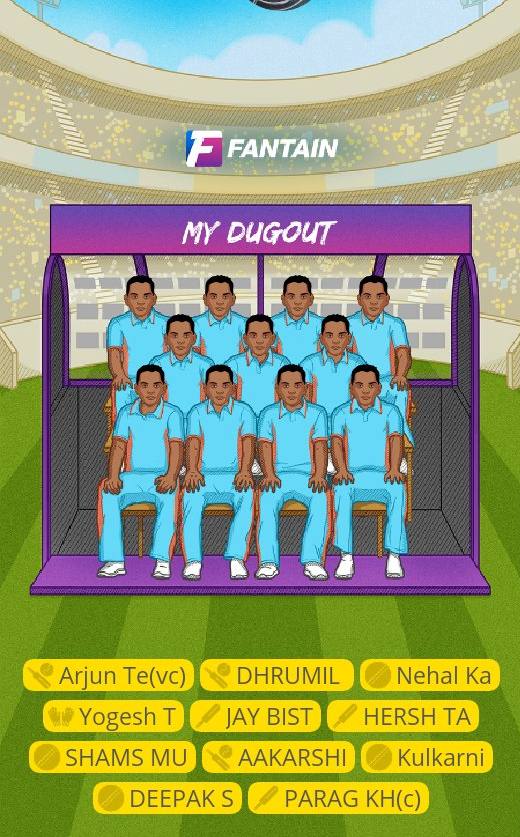