Mahmudullah has been ruled for this match with slight back pain.

Bangladesh will be up against Sri Lanka in the Warm-up game of the T20 World Cup 2021 on Tuesday. Bangladesh are brimming with confidence having won their last 3 T20I series. On their home soil, they have beaten Australia and New Zealand comfortably by 4-1 and 3-2 respectively. The conditions in UAE are entirely different than in Bangladesh and they need to get used to it.

Sri Lanka, on the other hand, got off an excellent start to their tour. They beat Oman in the two-match T20 series by 2-0. They are still under transition and there is still plenty of work that needs to be done. They are hopeful of qualifying for the Group stages in the T20 World Cup.

The bowlers will get more assistance from the surface. Having said that, the batters need to build partnerships if they want to survive. Looks like anything over 160 makes the match more interesting.

Squads for BAN vs SL:

The batting responsibilities are on the shoulders of Mushfiqur Rahim in the absence of Mahmudullah and Shakib Al Hasan. He has scored heaps of runs across all the formats. In his 82 T20I innings he has scored 1321 runs at an average of 19.71.

Liton Das is an elegant batter who relies mainly on his technique. He has a pretty decent record in the T20Is where he has scored 711 runs in 37 innings which comprises 4 half-centuries.

Avishka Fernando has played a massive role for Sri Lanka in winning the T20 series against Oman. He got a great start to his career at the international circuit in all 3 formats. He has scored 273 runs in 21 T20I innings at an average of 13.

Charith Asalanka is the new sensation for Sri Lanka. He looks very composed at the crease and a reliable batter in the middle order. He has scored 64 runs in his 3 T20Is.

BAN vs SL Must Picks for Dream11 Fantasy Cricket: 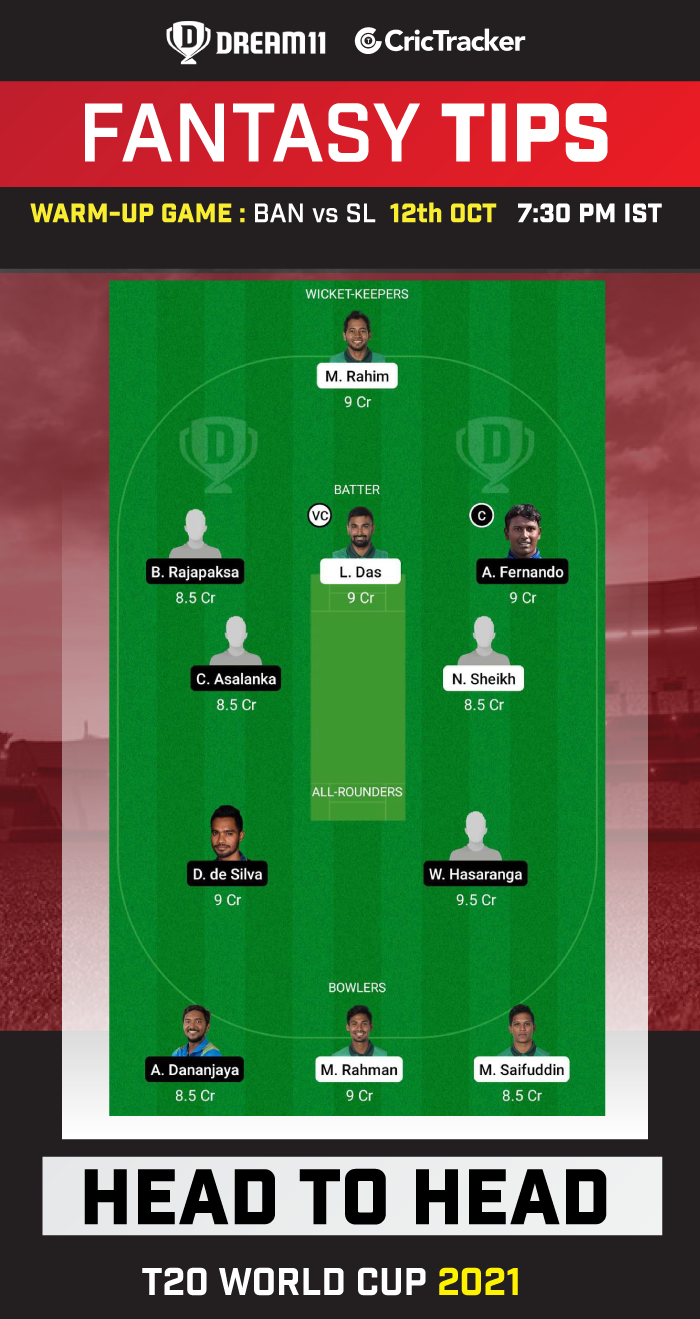 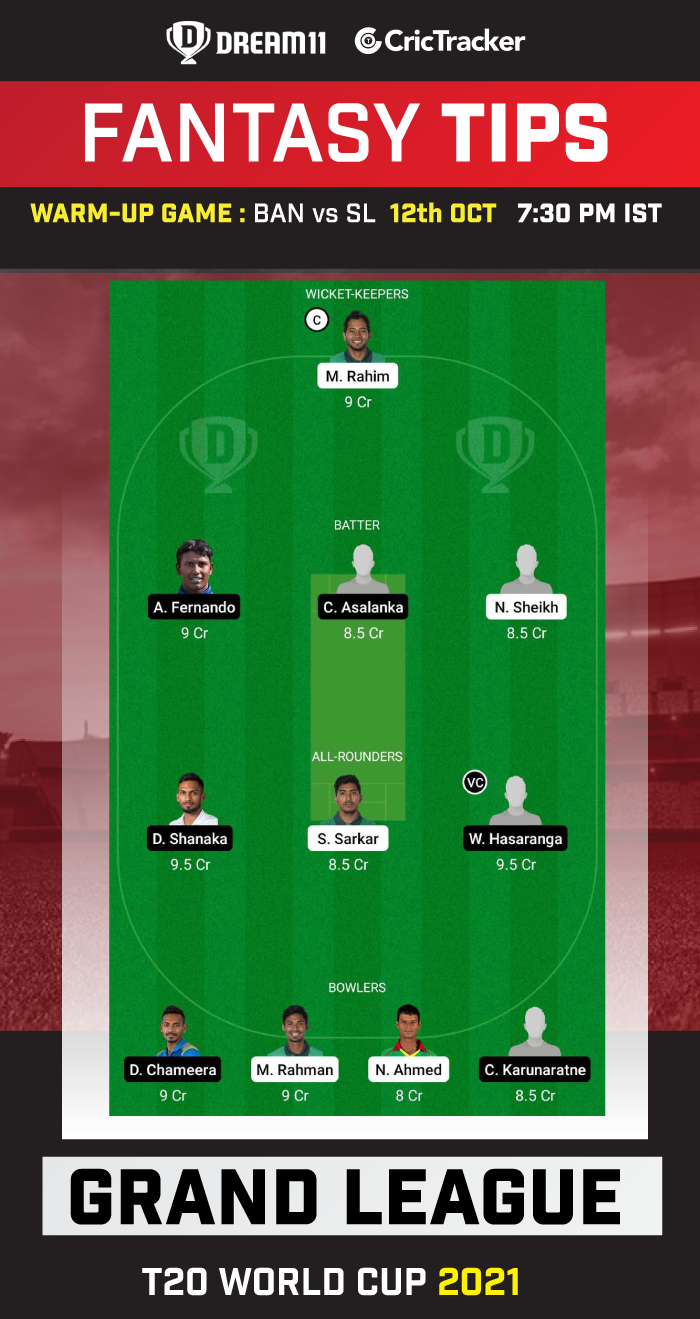 Mohammad Naim Sheikh has shown a lot of promise at the top of the order in the shortest format of the game. In his 22 T20Is, he has scored 570 runs at an average of 27.14 which includes 2 half-centuries. He is a risky captaincy pick for your fantasy teams.

Dhananjaya De Silva is effective with both bat and ball, and he likes to take the game deep. You can take a risk and pick him as your fantasy team skipper.

Considering a lot of options available in the batter’s slot, it’s better to avoid Pathum Nissanka while making your fantasy teams.