Muhammad Younis and Faisal Khan are the must-pick players for your Dream11 fantasy teams.

Saudi Arabia will take on Bahrain in the penultimate match of the tournament. It’s a crucial game as both sides will be aiming to finish in the top 2 spots. Saudi Arabia won their first two matches against Maldives and Kuwait, but in their third fixture, they had to bow down to Qatar, as they lost the match by 5 wickets. They occupy the third spot in the standings with 4 points.

Bahrain, on the other hand, with 2 wins and a loss, are occupying the top spot in the standings with 4 points. They sealed an easy win over the Maldives in their previous encounter by 7 wickets. We can expect a thrilling contest between these sides on Thursday.

Bowlers have been successful right throughout this tournament. They haven’t given away easy runs so far. The chasing teams have won 6 out of the last 7 matches played here, and hence, bowling first is an excellent option.

Faisal Khan is the second-highest run-scorer in this tournament. In 3 matches, he has mustered 120 runs at an average of 40, with a strike rate of 160. Khan has picked up a wicket as well.

Including one half-century, Sajid Imran Cheema has added 71 runs in 3 matches in this tournament at an average of 23.66 and a strike rate of 122.41.

Muhammad Younis is leading the highest run-scorers list in this tournament. In 3 matches, he has notched up 126 runs at an average of 63, with the highest score of 82*.

Sarfraz Ali has done extremely well so far with the bat. In 3 matches, he has scored valuable 92 runs at an average of 30.66 and a strike rate of 191.66. Ali has chipped in with a wicket as well.

SAU vs BAH Must Picks for Dream11 Fantasy Cricket: 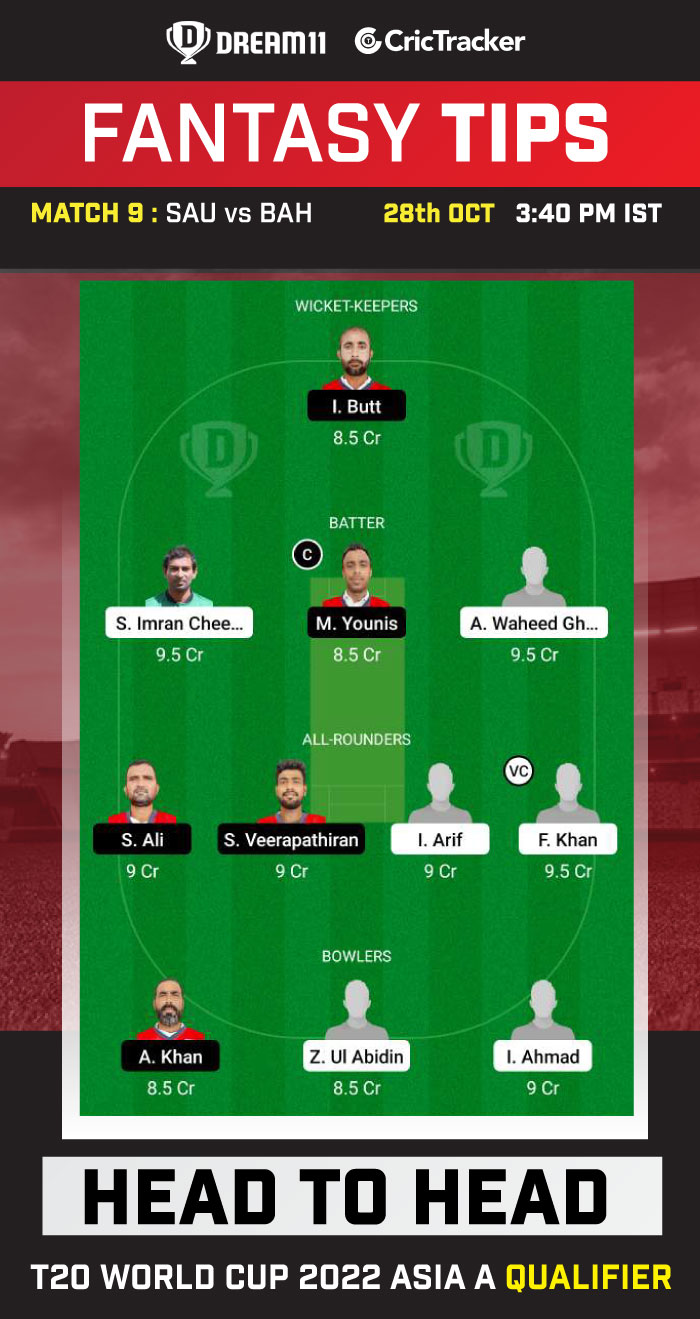 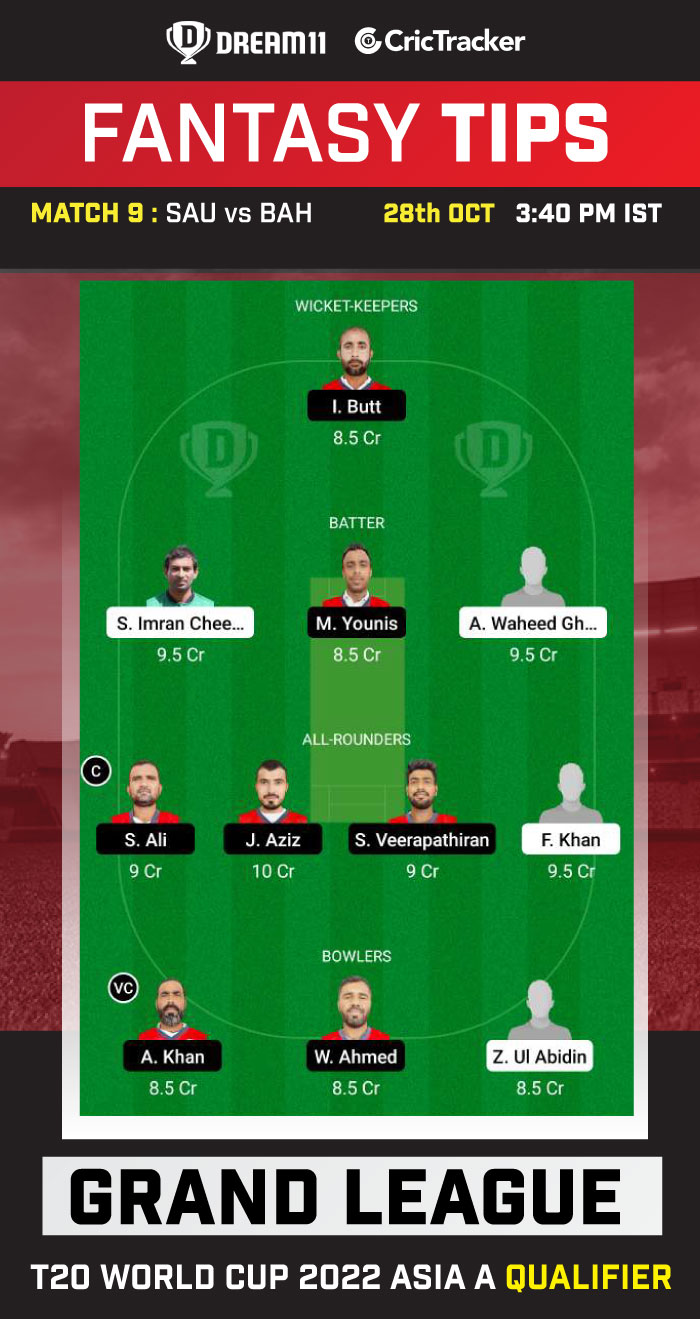 Bahrain are expected to win this match.