Uganda are expected to win this match.

Nigeria will be up against Uganda in the third match of the T20 World Cup Africa Region Qualifier. Nigeria are currently ranked 38th in the T20 rankings and they will be taking on a slightly higher-ranked side Uganda, who sit at 27th in the rankings. Since May 2019, Nigeria have played 21 T20Is so far and have won 8 of those. It will be a tough ask for them to beat Uganda who are in pretty good form at the moment.

Uganda, on the other hand, are one of the best sides in this tournament who has the ability to beat any opposition. They have an excellent record this year where they have won 11 of the 16 matches played. They had beaten Nigeria in the last 3 meetings, which further adds to their confidence as well.

It looks like a balanced surface where both batters and bowlers will get ample opportunities to shine. It will be interesting how the surface will behave in the afternoon session. Anything over 150 is a good enough total to defend on this wicket.

Twitter Reactions: India only five wickets away from winning yet another Test series at home

Ashmit Shreshta is still in his early days at the international level. He has played only 6 T20Is and scored 102 runs at an average of 17.

Isaac Okpe is an all-rounder who can contribute equally well in all the departments. In his 14 T20Is, he has scored 185 runs at an average of 15.41 and has also picked up 12 wickets at an economy of 6.68.

NIG vs UGA Must Picks for Dream11 Fantasy Cricket: 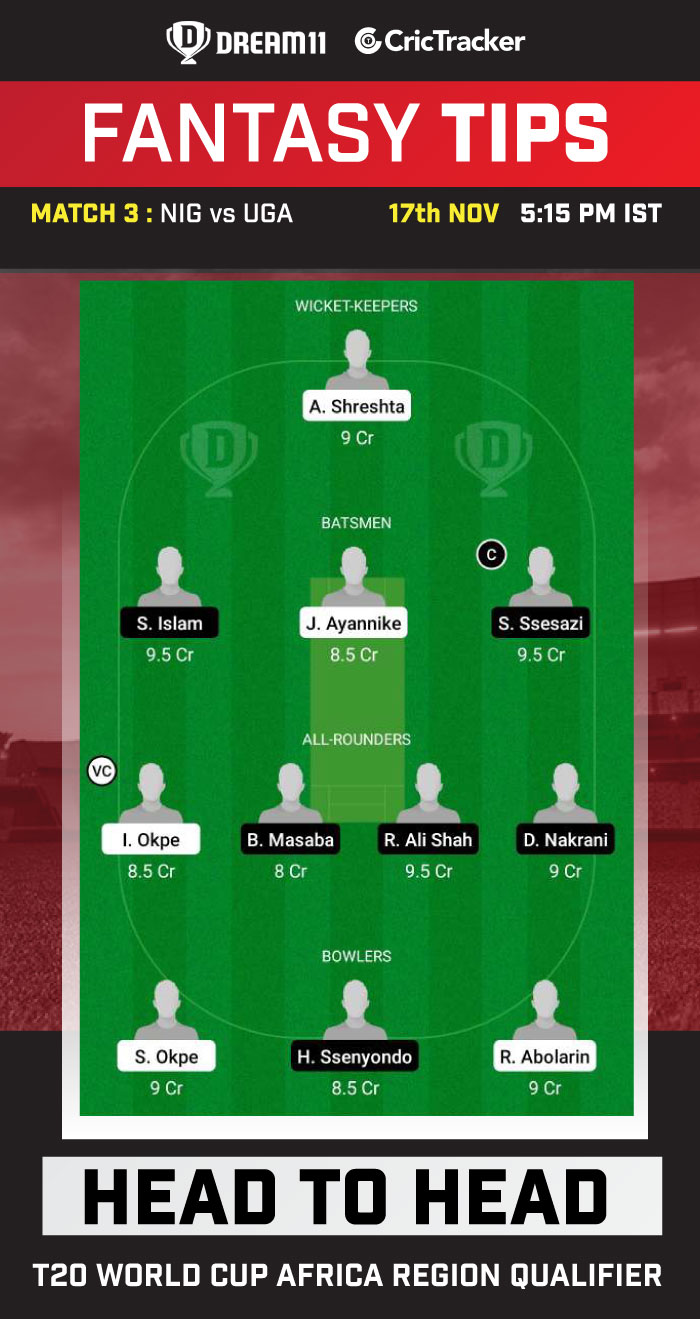 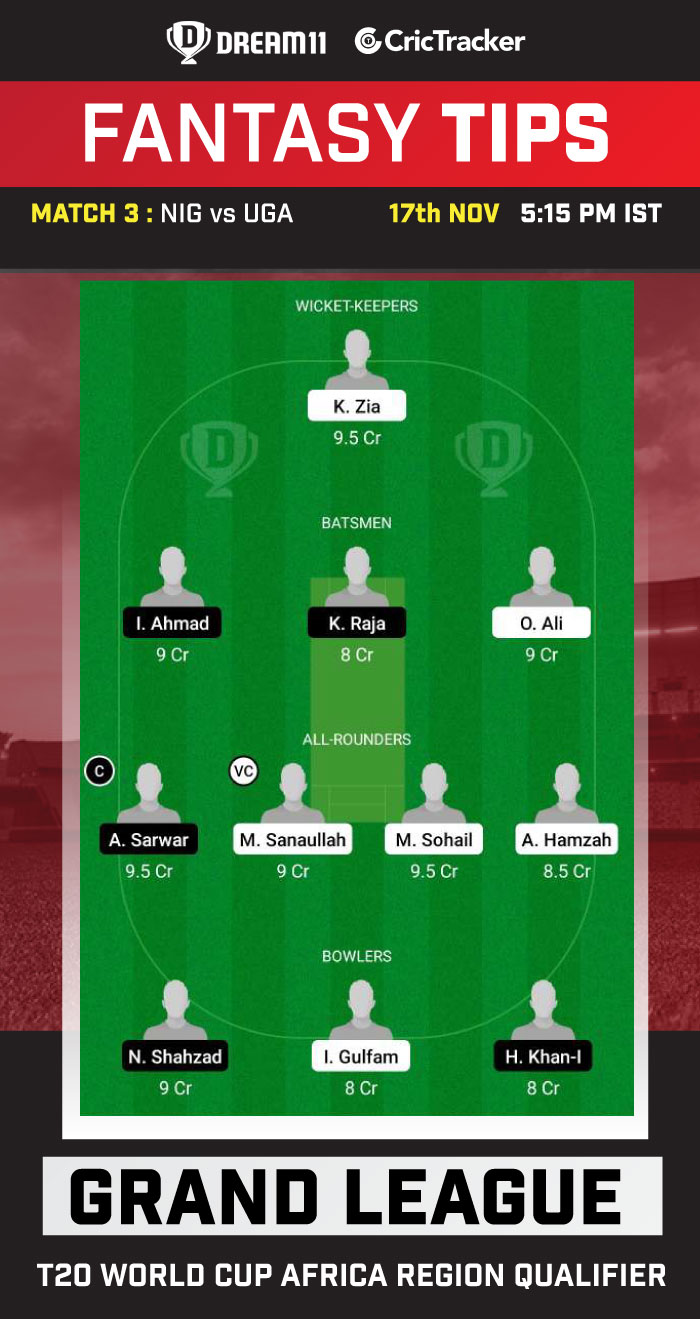 Uganda are expected to win this match.