The 14th match of the Abu Dhabi T10 league will be played between Team Abu Dhabi and Northern Warriors at Sheikh Zayed Stadium, Abu Dhabi.

The match is scheduled to start at 6:15 PM local time (7:45 PM IST) and it will be streamed live on Sony Six, Sony Ten 3, Sony Liv and also on Jio Sports.

The two teams who will lock horns for today’s second Abu Dhabi T10 League 2021 match have had poor starts to their campaign. Both Northern Warriors and Team Abu Dhabi started off with a defeat. Northern Warriors managed to turn things around quickly and register two wins on the trot.

Team Abu Dhabi, on the contrary, lost their second game as well. However, their morale wouldn’t be too down coming into this game, as they got the better of Pune Devils in their last game. That being said, it will still require an effort and a half to beat in-form Warriors.

The weather will be perfect for cricket here in Abu Dhabi. The temperature will be around 21 °C, with chances of rainfall being nil.

This pitch is a heaven for the batsmen and a deathbed for the bowlers. It will take quite an effort to restrict the batting side under 110.

Preferred start time from next year for IPL 8 PM, BCCI conveys its message to prospective broadcasters

Joe Clarke is currently leading the run-scoring charts for Team Abu Dhabi. The Team Abu Dhabi player has scored 84 runs at a strike rate of over 250.

Jamie Overton has provided him with good support in Abu Dhabi’s batting unit. He has scored 49 runs and has also picked up 3 wickets.

Chris Gayle has not been on song in this tournament. Having said that, his capabilities with the bat is known to every cricket enthusiast and it will be too risky not to include him in your Dream11 Fantasy team.

Lendl Simmons has batted well for the Warriors. He has scored 95 runs at an average of nearly 50 and a strike rate over 155.

Wayne Parnell is currently the joint-highest wicket-taker for Northern Warriors. He has scalped 3 wickets and has an average of 20.

Fabien Allen has also bowled well for the Warriors. He too has picked up 3 wickets, but has an average of under 20.

Ben Duckett can be a good budget option for your Dream11 Fantasy team at only 8.5 Cr. The wicketkeeper-batsman has scored 42 runs at a strike rate of 150.

Available at the same price, Brandon King can also be a good budget option from the batsmen. He has scored 47 runs and has a strike rate of over 165. 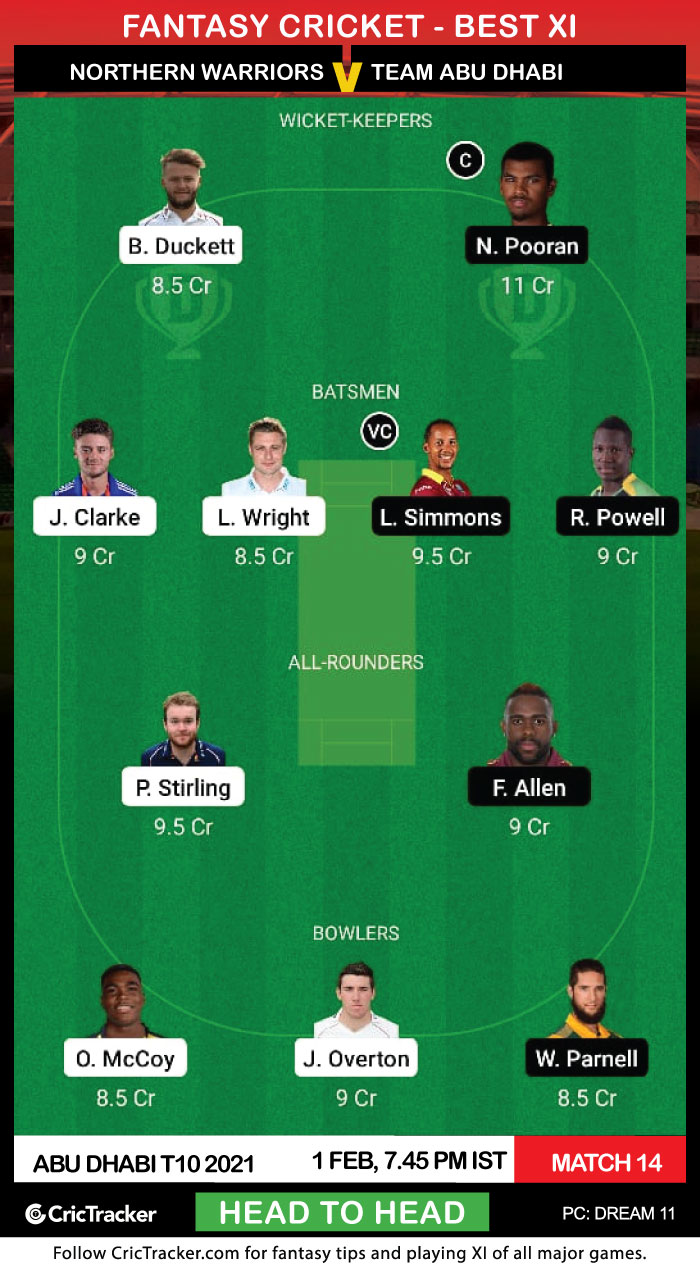 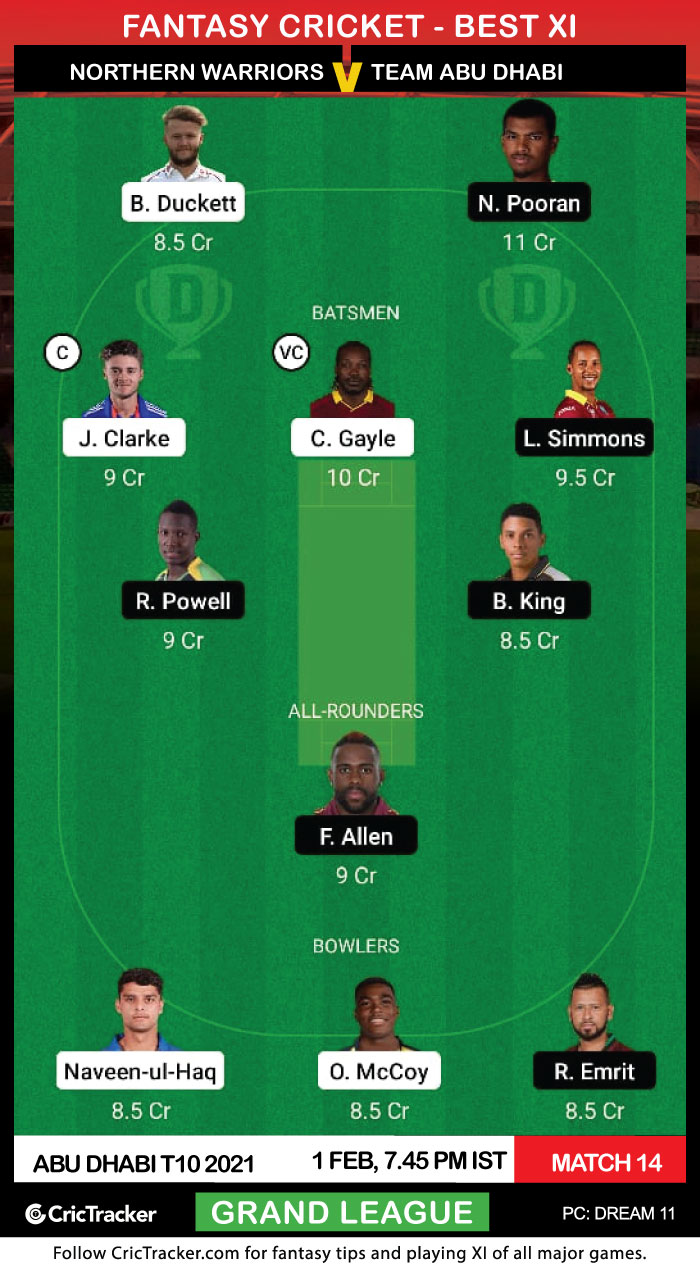 Obed McCoy can be a good budget pick from the bowlers. He has picked up a couple of wickets and has an economy rate of just under 8 runs per over, which is exceptional in this format.