The 8th match of the Abu Dhabi T10 League will be played between Team Abu Dhabi and Qalandars at Sheikh Zayed Stadium, Abu Dhabi.

Team Abu Dhabi and Qalandars both started their 2021 Abu Dhabi T10 League campaign yesterday, but had very contrasting outcomes. Qalandars were impressive with both the bat and the ball, as they registered a 9-wicket win over Pune Devils.

On the other hand, their opposition Team Abu Dhabi could only muster up 95 runs against Deccan Gladiators. While they bowled well to stay in the game right till the end, the Gladiators eventually sealed the deal with 2 balls to spare. They will bee looking to open their points tally in today’s game, but against a strong Qalandars team, it will take quite an effort.

This pitch here at Abu Dhabi is tailormade for the batsmen. Bowlers should be happy if they manage to restrict the batting side under 100.

Chris Gayle might have had a poor start to his 2021 Abu Dhabi T10 League campaign, but having scored over 13000 runs in the T20 format, he is likely to find success in the T10 format as well.

Luke Wright was the highest scorer for Team Abu Dhabi in the last game. The captain scored an impressive 25 from just 14 deliveries. Unfortunately, his knock went in vain.

Tom Banton proved why he is regarded as one of the most talented youngsters in the shorter formats of his game with his scintillating knock of 45 runs against the Pune Devils.

While Banton and Sharjeel Khan set up a solid opening partnership, Qalandars’ skipper Sohail Akhtar took the innings forward after the dismissal of the former. He scored an unbeaten 33 from just 13 deliveries.

As for Qalandars’ bowling department, Chris Jordan performed really well. He conceded only 16 runs and dismissed the dangerous Tom Kohler-Cadmore.

Jamie Overton can be a great budget pick at only 8.5 Cr. He picked up 3 wickets in the last game, including the wicket of opponent’s skipper Kieron Pollard.

Rohan Mustafa also bowled well in that game for Team Abu Dhabi. He conceded only 14 runs and picked up the wicket of opponent’s top-scorer Cameron Delport. 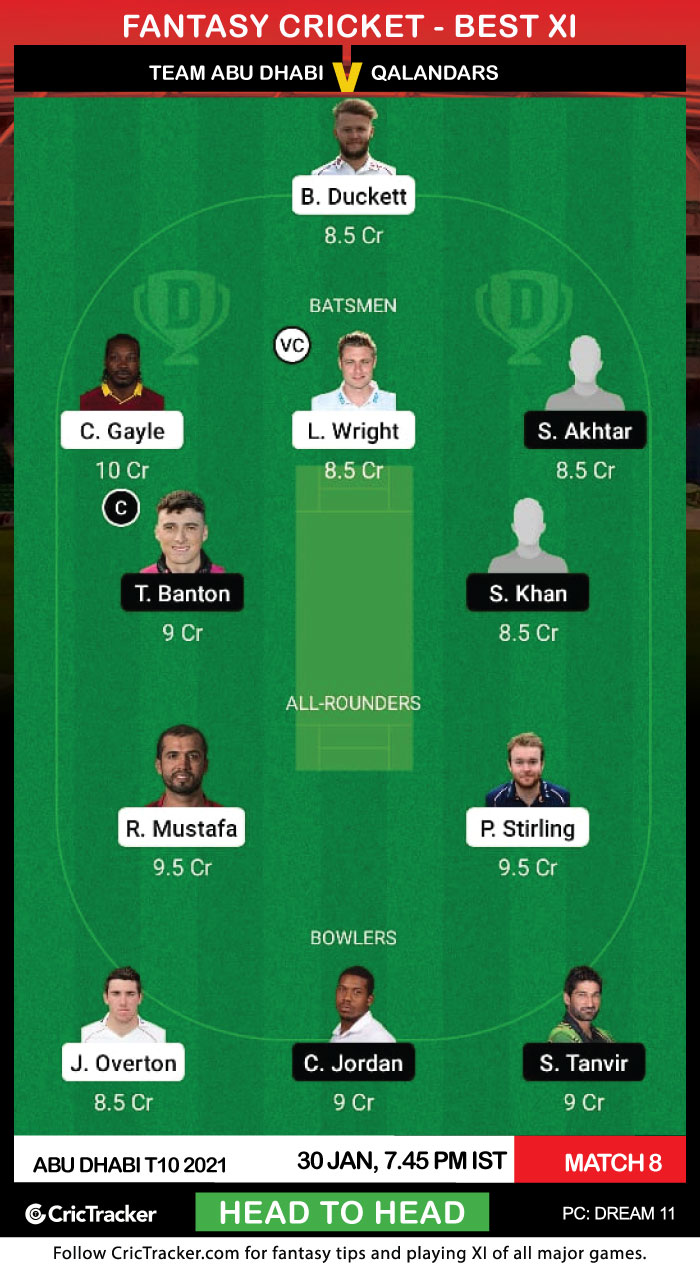 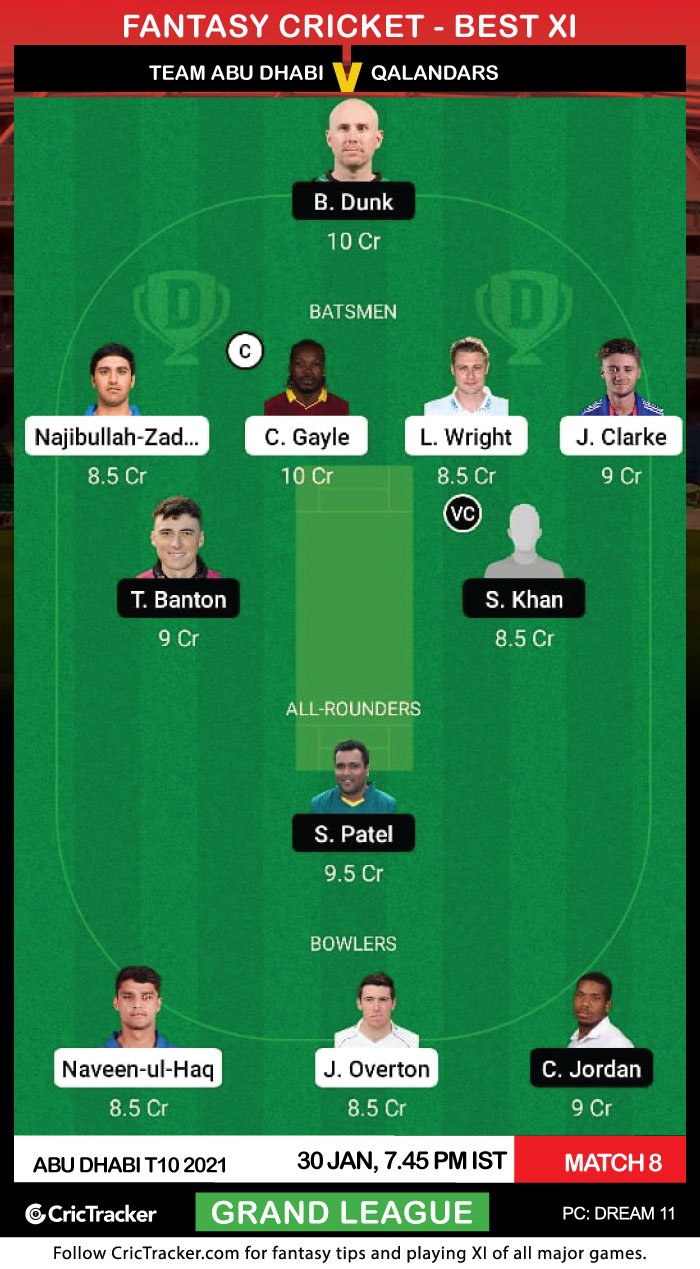 If you are looking for a budget pick from the batsmen, Joe Clarke should be the ideal pick. He scored 21 runs from only 11 deliveries in the last game.