Meer Shuib Farooque scored 10 runs and took a wicket in the game against Formosans.

The 12th match of the Taipei T10 League 2020 will be played between PCCT United and Chiayi Swingers at the Yingfeng Cricket Ground in Songshan District.

This game can be viewed on the SportsTiger app.

PCCT United and Chiayi Swingers will lock horns in the last match in the group phase of the Taipei T10 League 2020 on Sunday evening. The Chiayi Swingers will be playing twice on in the space of four hours on Sunday with the first game being against ICCT Smashers in the afternoon. Chiayi lost the lone game the played against FCC Formosans at the start of the tournament. On the other hand, the PCCT United won their first game over the ICCT United but went down against the FCC Formosans on Saturday evening.

Showers are expected at the Yingfeng Cricket Ground on Sunday afternoon but things are expected to get cleared before 3 PM local time.

The average totals at the Yingfeng Cricket Ground continue to take rise with every passing day of the tournament. Saturday witnessed the first-ever team total over 100. The match between PCCT and Chiayi is likely to witness a match aggregate of 150+ runs.

The Chiayi Smashers have got a rare combination of players in the form of Vishwajit S Tawar and Pruthvi More. The duo opens the batting and also bowls two overs apiece. Both the players had a tough time with the bat during their first match against FCC Formosans while Vishwajit’s troubles extended with the ball as well. Shahzad-Khan Muhammandzai and Meer Shuib Farooque were only positives during Swingers’ big loss against FCC Formosans on Saturday as they scored few runs and also picked a wicket each. 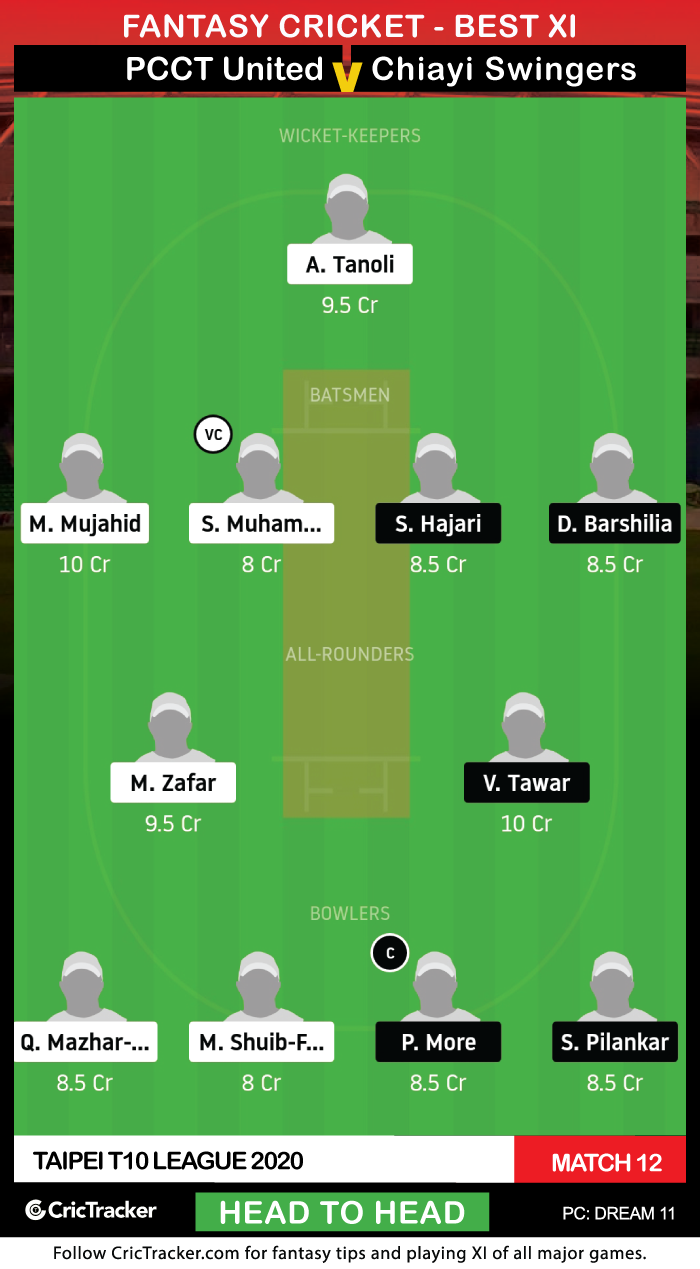 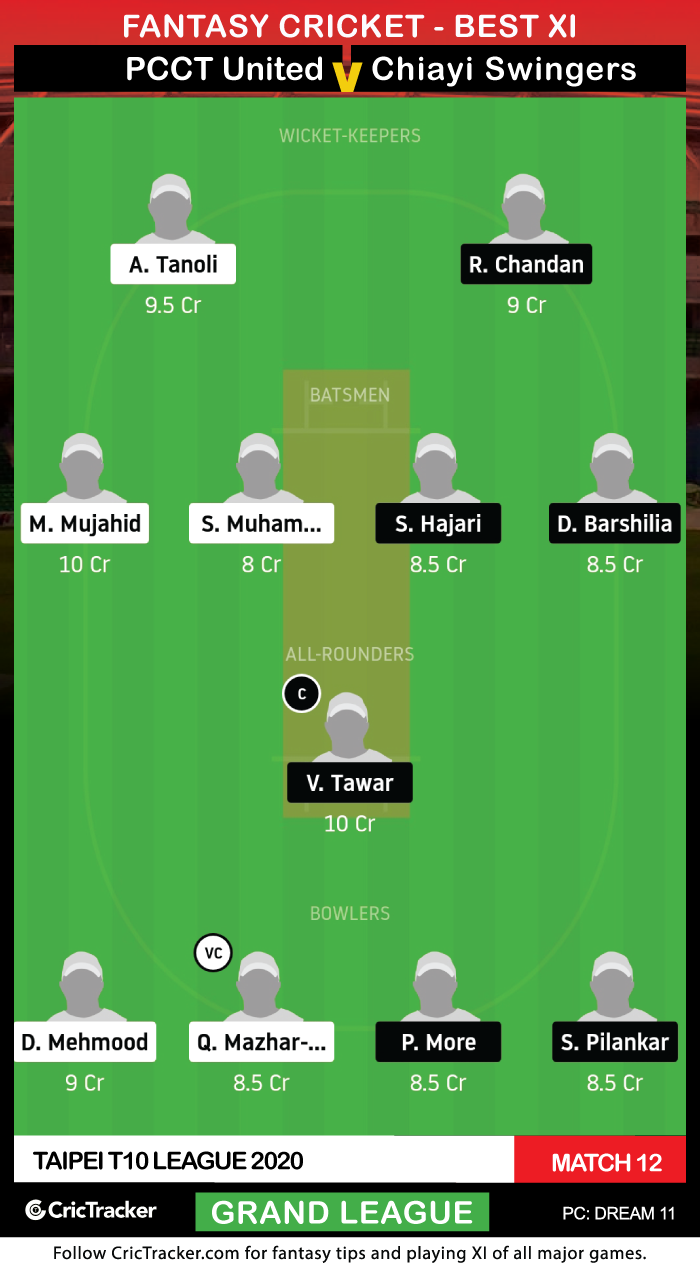 The PCCT United played both the matches with same playing XI but all likely to make a couple of changes after suffering their first defeat. The Chiayi Swingers could also be seen making a few changes as they will be playing twice on the final day of the Group Stage.

The PCCT United is expected to end the group phase with a defeat against Chiayi Swingers.