The 9th match of the Taipei T10 League 2020 will be played between PCCT United and FCC Formosans at the Yingfeng Cricket Ground in Songshan District.

This game can be viewed on the SportsTiger app.

The Taipei T10 League 2020 moves on to 9th match when PCCT United team takes on FCC Formosans in the evening match. Both the teams won their respective first matches while chasing during the opening weekend. Formosans defeated Chiayi Swingers on the opening day of the tournament by chasing down the target of 67 with 8 balls and six wickets to spare. Later on Sunday, the PCCT United edged past ICCT Smashers where they chased a target of 71 in the final over for the loss of five wickets.

Saturday is expected to be cloudy around the Yingfeng Cricket Ground but no rain is expected during the match.

The scores at the Yingfeng Cricket Ground improved on the 2nd day of the competition. The average score on the first day read 62 with the chasing team winning only once. But on Sunday, the average first innings score was 72 and the teams batting first managed to win only once. If the tournament continues to raise the scoring standards, we can expect a match aggregate of 150+ on Saturday evening.

Arun Parappagoudar didn’t have a great time during the first match as he scored only three runs and couldn’t pick a wicket in the two overs bowled. The captain of Formosans opens the batting and bowling for his team. His opening partner in batting, Anthony Liu scored 15 off 12 balls. Anthony also bowls at least one over and hence will be crucial in the fantasy team. Shahzad-Khan Muhammandzai scored an unbeaten 21 off 19 balls during PCCT’s successful chase after conceding only 11 runs across the two overs he bowled. 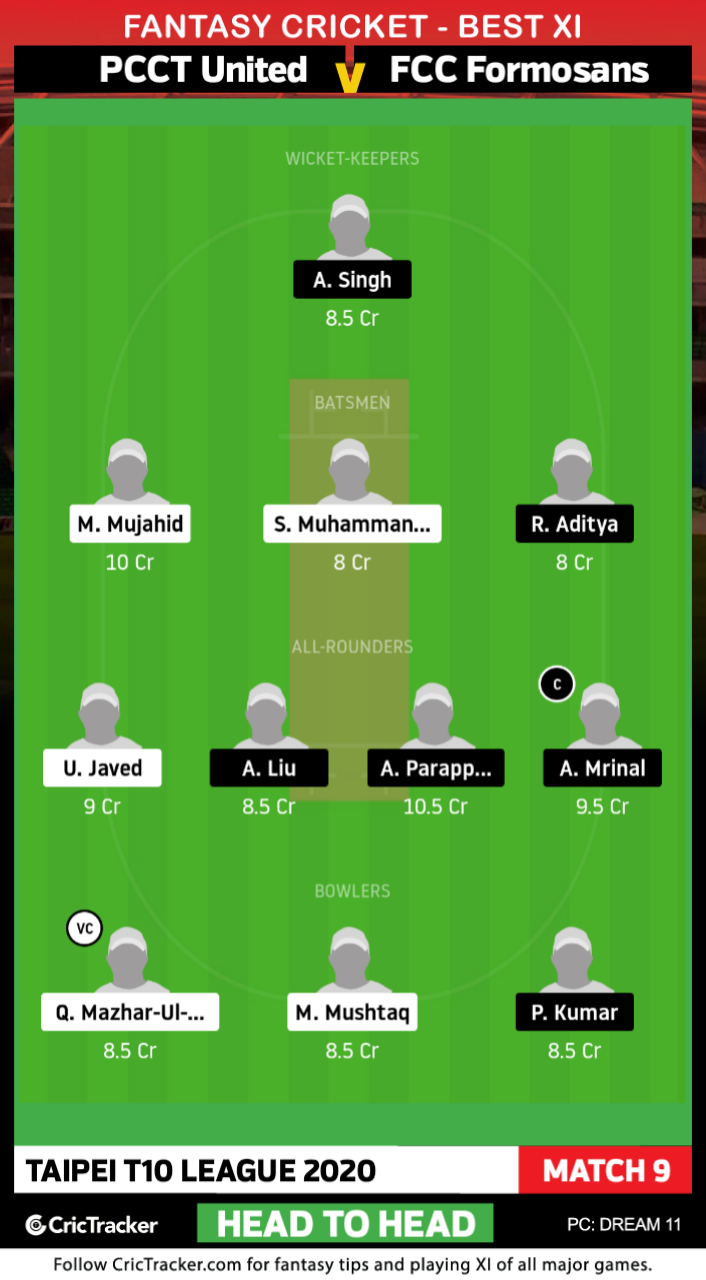 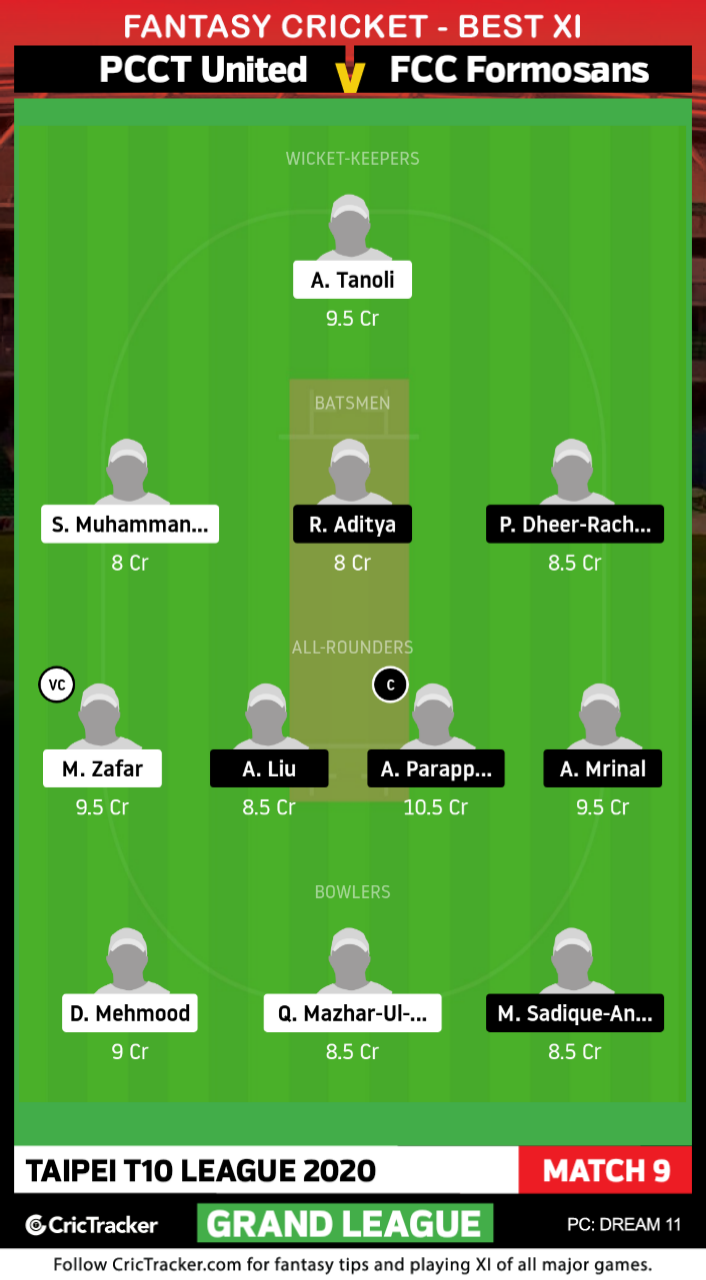 Nitish Gupta makes for an interesting case in the fantasy team for this match. He costs 9.5 credits in the batsmen’s category and was picked by more than 90% of teams during the first match. Nitish, however, neither bowled a ball not got to face a delivery. He did earn 20 points during the game including the four points for being part of the XI. He was involved in two run outs which fetched him 16 points for the two acts.

The FCC Formosans are likely to register their second straight victory.