Arun Parappagoudar andAthula Senadeera will be a hot favourite pick for any MyTeam11 Fantasy team as far as their batting form is concerned.

The Semi-Final 2 of the Taipei T10 League 2020 will be played between FCC Formosans and Taiwan Dragons at the Yingfeng Cricket Ground in Songshan District.

Taiwan Dragons will come face to face against FCC Formosans in the semi-final match of Taipei T10 League 2020. The fans can expect a good and enthralling contest between the two good teams. Dragons pretty much rely on the solid batting line-up that can dismantle any bowling line-up in the tournament.

Meanwhile, Formosans look pretty much balanced when it comes to their batting and bowling unit. But still, they have failed to perform well due to inconsistency of the star players. However, in a big match like the semi-final, the chances are high that they will come out with a better performance against Dragons.

The weather forecast says that there are no chances of rain on the match day. The temperature is expected to be on a higher side with wind blowing at a rate of 9 to 15 km/hr throughout the day according to Accuweather.

The track at Yingfeng Cricket Ground has certainly changed its behaviour. The batsmen are finding it easy to smack the bowlers from the word go. However, in the latter part of the game, the bowlers get some assistance from the wicket due to which the chasing side has ended up losing on the majority of the occasions in the previous five games.

Arun Parappagoudar and Athula Senadeera will be a hot favourite pick for any MyTeam11 Fantasy team as far as their batting form is concerned. Anthony Liu can also play a vital role in any fantasy team. He is a talented batsman, who likes to dominate the bowlers on the back of submissive batting skills. 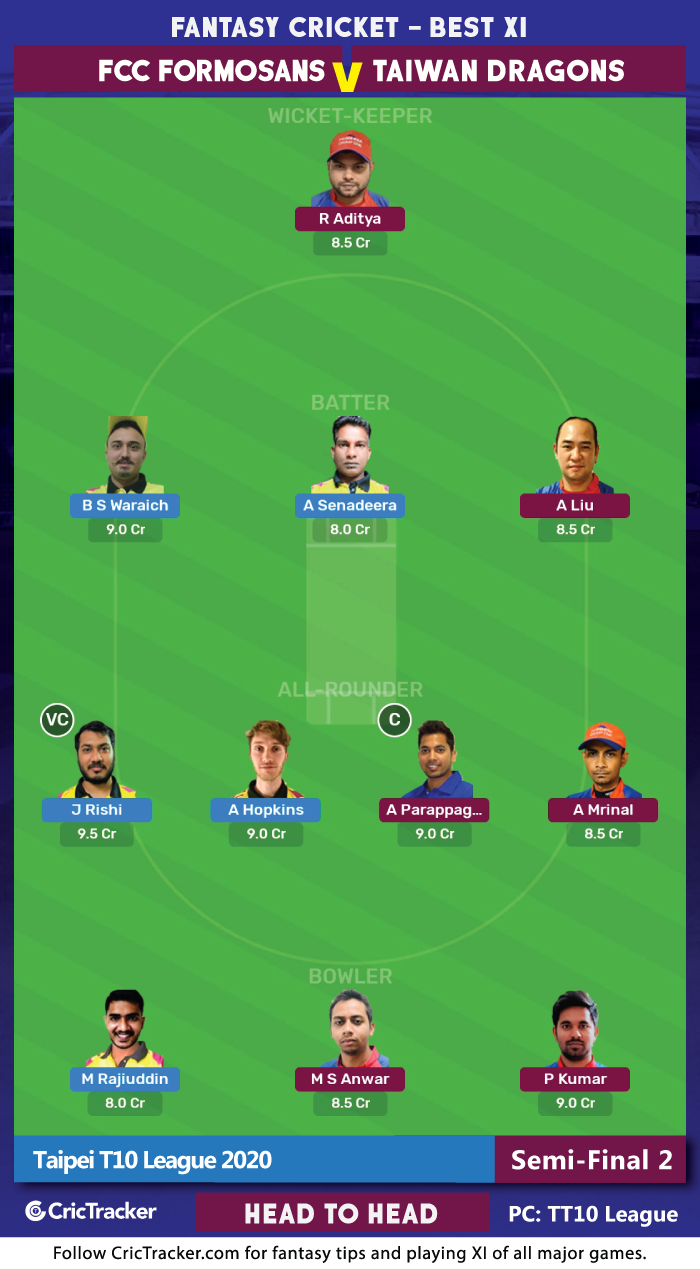 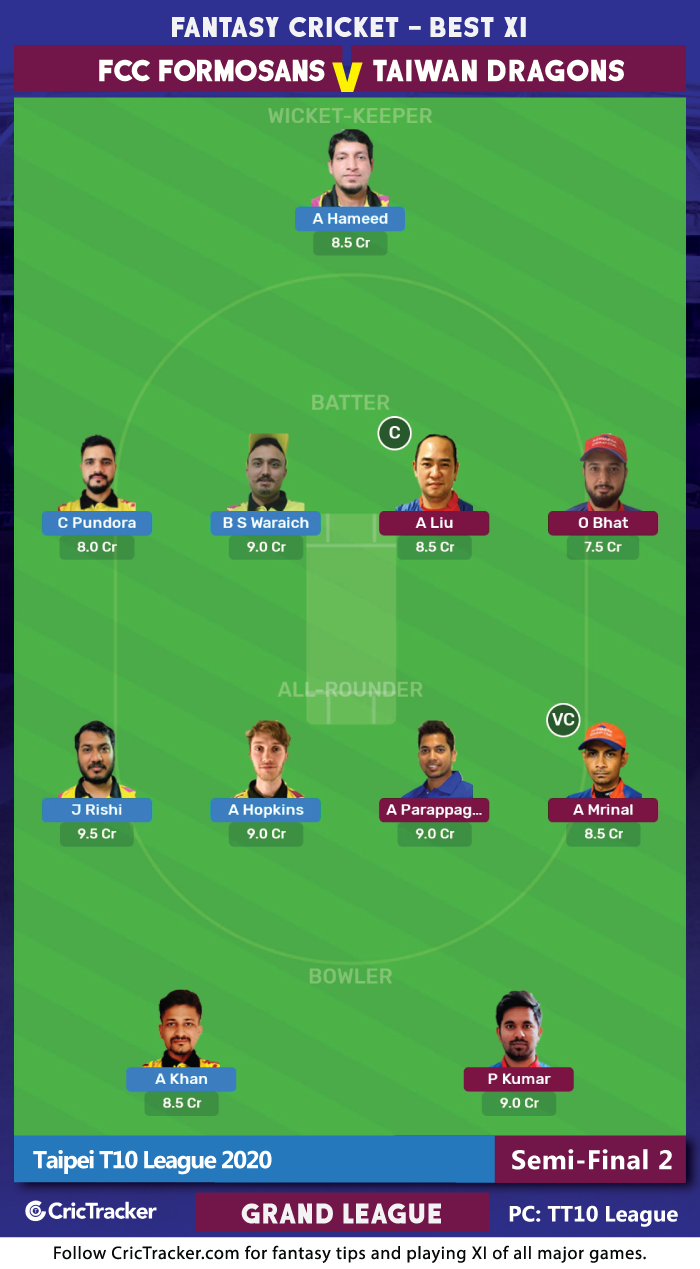 FCC Formosans suffered defeat in the previous game. And, they might opt for some surprising changes in their final XI for the semi-final match. So, it will be wise for the user to wait for the confirmed team. However, most of the aforementioned players will play in the upcoming game.

Taiwan Dragons are likely to win the semi-final-2.