Twiga Titans are predicted to win this match.

The 10th match of the Tanzania APL 2020 is all set to be played between the Simba Kings and the Twiga Titans at the Gymkhana Ground, Dar-es-Salaam.

It is going to be yet another interesting clash in the Tanzania APL 2020. In the 10th game of the tournament, the Simba Kings will be playing the Twiga Titans at Dar-es-Salaam. The progression chart of these two teams, thus far in the tournament, is pretty much similar. Both these teams won their first two games quite comfortably.

However, in their respective last games, the Twiga Titans and the Simba Kings bagged 16-run and 47-run losses respectively. Both the sides have got four points to their tally. However, the Twiga Titans have a far superior Net Run Rate and hence, are placed higher on the points table.

It is forecasted to be a partly cloudy day in Dar-es-Salaam with the temperatures around 27-28 degrees Celsius. The humidity levels will be over 60 per cent at 10 AM and the chances of precipitation are quite low.

The behaviour of the pitch seems to be quite in favour of the bowlers. However, teams have proved that big scores can be achieved if they apply themselves properly.

Kassimu Nassoro is the leading run-scorer for the Twiga Titans. He mustered 87 runs in three games at a strike rate of 145. He even picked up two wickets with the ball.

Ivan Ismail has scored 65 runs in three games at a strike rate of 159. His highest score in the tournament is 54.

Zafar Khan scored 55 runs and picked up 4 wickets in three games and has been one of the best performers.

Harsheed Chohan is the leading wicket-taker for the Twiga Titans. He has accounted for 6 scalps and even scored 39 runs.

Mohammad Ali has picked up 4 wickets in three games at an economy rate just over 6.

Tambwe Rashidi is another bowler who has looked highly impressive. In the 7 overs that he bowled in three games, he picked up 5 wickets. 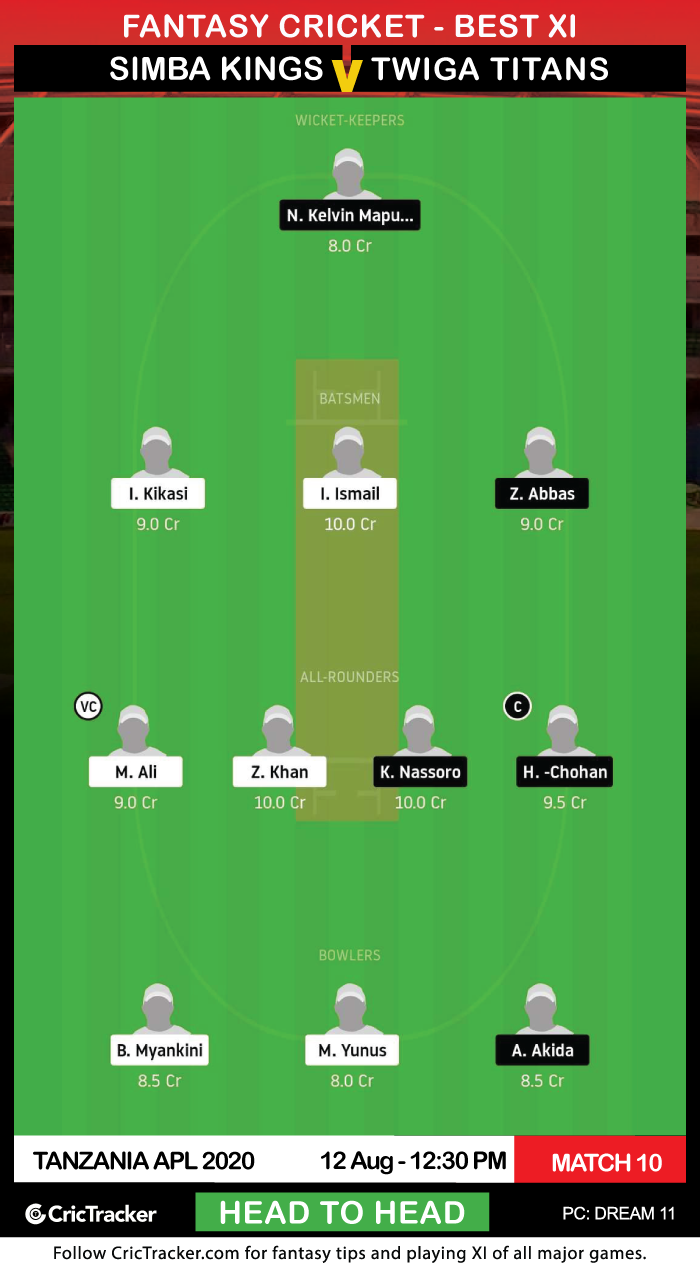 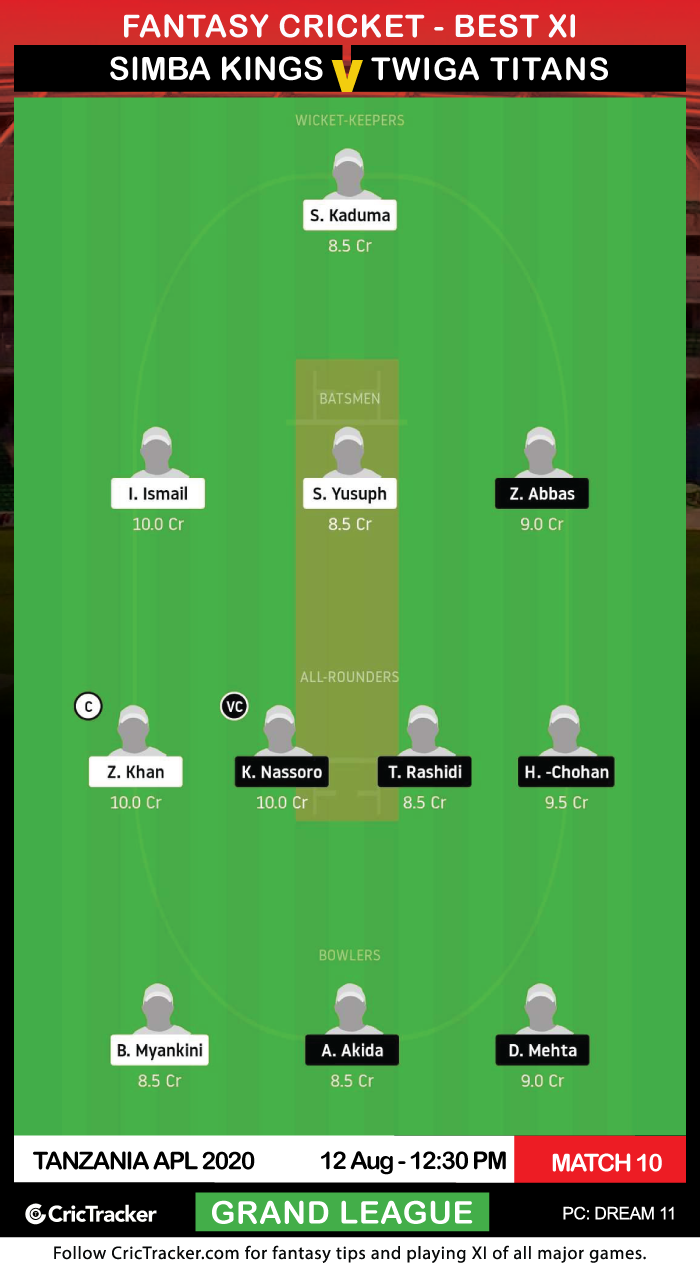 Both the wicket-keeping options, Stewart Kaduma and Nasibu Mapunda have had similar impact on the tournament. Their strike rates have been quite low and thus, you can alternate them in both your teams.

It is getting inevitable that you will have to change the bowlers after the toss since the teams are changing the elevens regularly. So, what out for that.

Twiga Titans are predicted to win this match.