Faf du Plessis who is making his debut in the tournament will lead Bangla Tigers this season.

Team Abu Dhabi will lock horns with Bangla Tigers in the 2nd match of the UAE T20 League 2021. The former finished at the fourth position of the points table last year wherein they had to face defeat against Qalandars in the 3rd place Play-off match. Liam Livingstone will captain the team in this edition and the likes of Chris Gayle, Paul Stirling, and Naveen ul Haq are some of the prominent players of the side.

Bangla Tigers had a tad bit dismaying outing in the last season. They finished at the fifth position of the points table and couldn’t make it to the play-offs. Faf du Plessis who is making his debut in the tournament will lead the side this year.

The pitch is expected to provide enough assistance to the batters. The bowlers might need to toil hard to pick up wickets on this surface.

Paul Stirling is one of the key players of Team Abu Dhabi. In the last edition of the league, he scored 209 runs in 9 matches at an average of 26.12. He will be determined to perform for the side.

Andre Fletcher smashed 151 runs in 6 matches in the previous season at an average of 25.16. His aggressive style of play will be a great asset for the team. He can be the other good pick for this match.

Jamie Overton comes in handy with his all-rounder abilities. In the previous season, he scalped 12 wickets and scored 77 runs from nine matches. 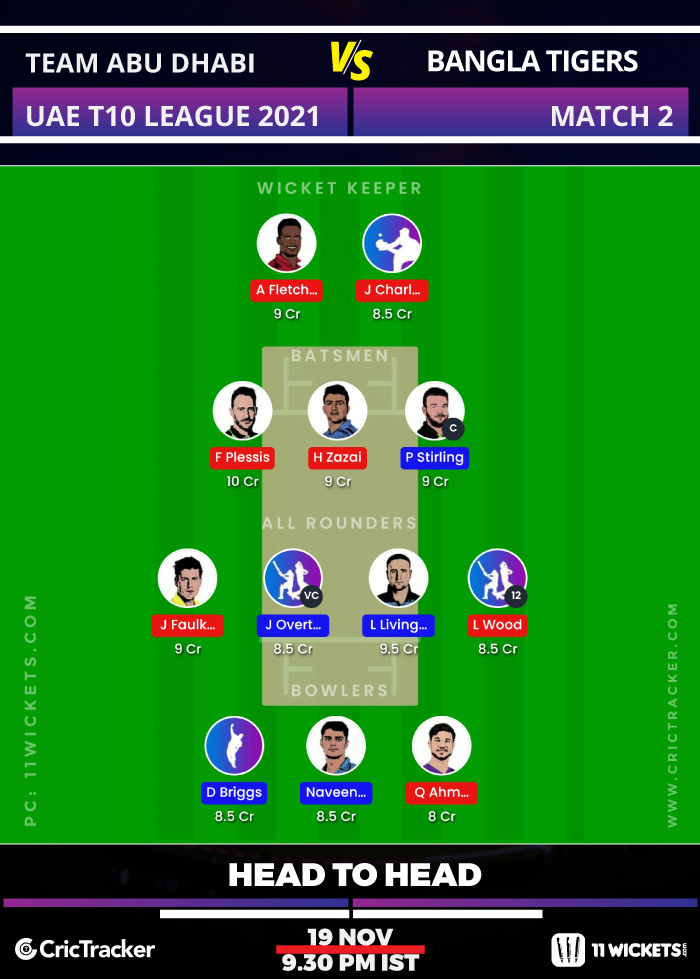 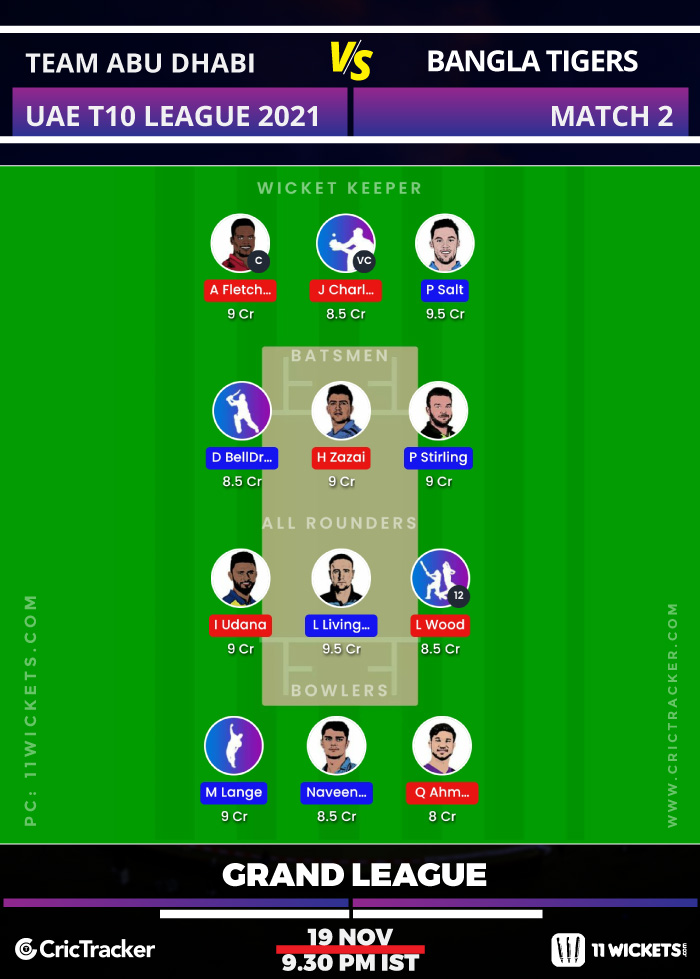