Jerlani Robinson will be the top pick for this game.

Titou Gorge Splashers (TGS) and Champagne Reef Drivers (CRD) will be up against each other in Match 13 of Nature Isle T10 2022. TGS has two wins in three appearances and is positioned third in the points table. In their last outing, they posted a score of 100 and won by 15 runs. The key players for the team are Jerlani Robinson and Vivian Titre.

CRD has a single victory in four league matches and will need a couple of wins to sail through the semi-finals. In their last fixture, they could not chase down the total of 55 runs and will have a large scope for improvement. The players like Jervon Raphael and  Jedd Joseph will have to play out of their skin out to snatch a win from the opponents.

Although the batters have done well throughout the tournament at this venue, the bowlers have gradually restricted the opposition to low scores in the last few matches. A total of around 100 will be a winning score on this pitch.

Vivian Titre has scalped six wickets in four league matches at an economy of 10 and has contributed 24 runs as well.

Jervon Raphael has garnered 64 runs in four innings at a strike rate of 136.17, with 40 as his highest score. 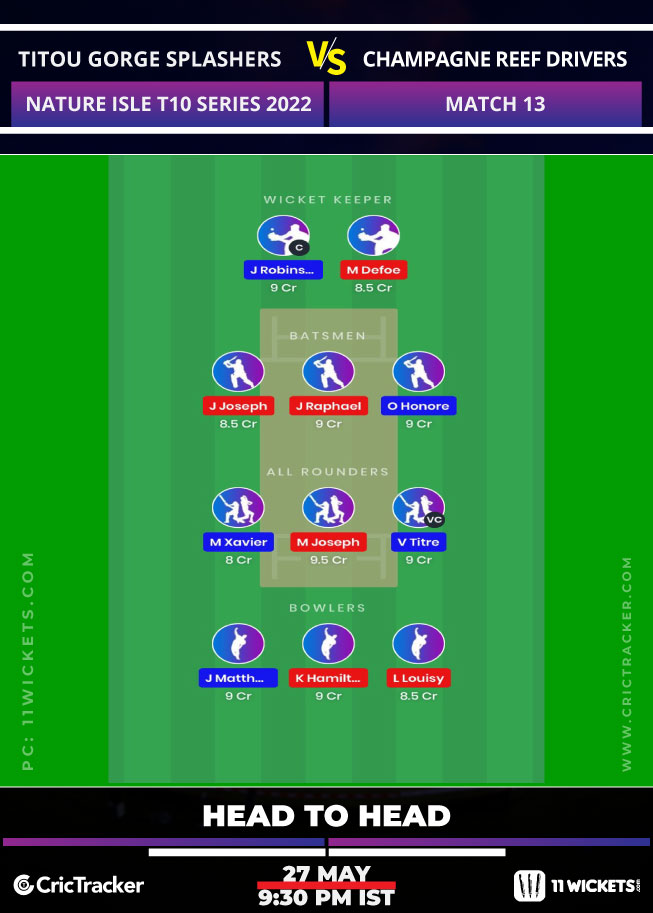 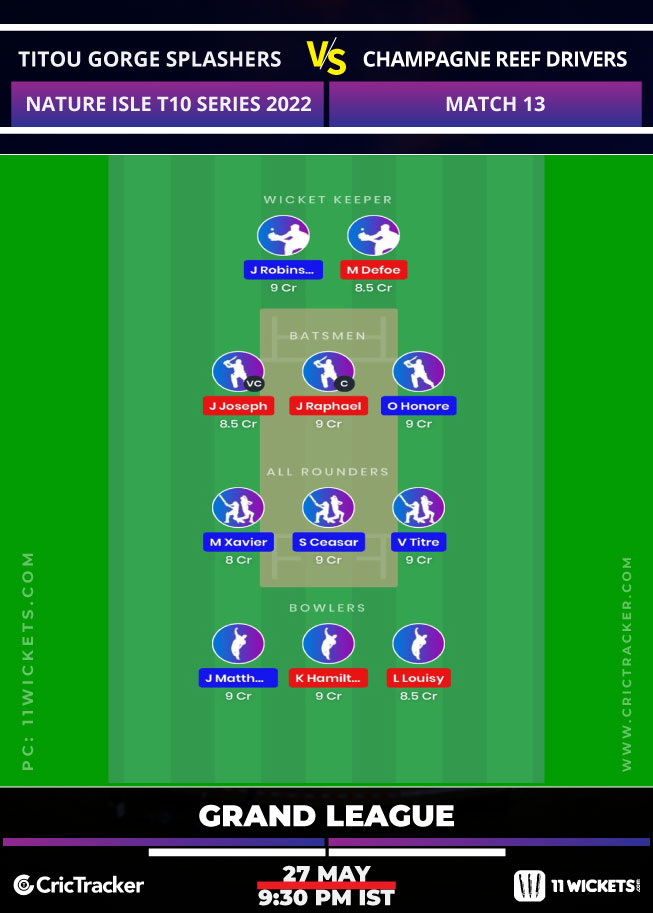