The Brave haven't faced defeat since losses in their first two matches.

Southern Brave and Trent Rockets are set to lock horns in the Eliminator of the Men’s Hundred on Friday at the Kennington Oval in London. The Brave were placed at the top of the points table. However, Birmingham Phoenix won their last group game and progressed atop the ladder.

In their last six games, the Brave are yet to face defeat, winning five with one game being washed off. The Rockets, on the other hand, started at the top of the table with three wins, but losses kept pushing them back. They won their last league game against Manchester Originals and qualified for the Eliminator.

The pitch at the Kennington Oval has been a good one for batting. The average score of 151 suggests that a fairly high-scoring game seems to be in store. Batting second should be the way forward for both teams.

Quinton de Kock has been exceptional thus far in the men’s edition of the Hundred. The left-handed batter has notched 189 runs at an average of 47.25 and a strike rate of 178.30. With two half-centuries under his belt, the southpaw has a top score of an unbeaten 72. He will now be looking to play another knock of substance on Friday.

Tom Curran has been the standout bowler for the Invincibles in the tournament. The pacer is currently the leading wicket-taker for his team, having scalped 10 wickets. However, his economy rate of 1.46 is a tad on the higher side. Curran will now look to get more wickets and make an impact in the Eliminator on Friday. 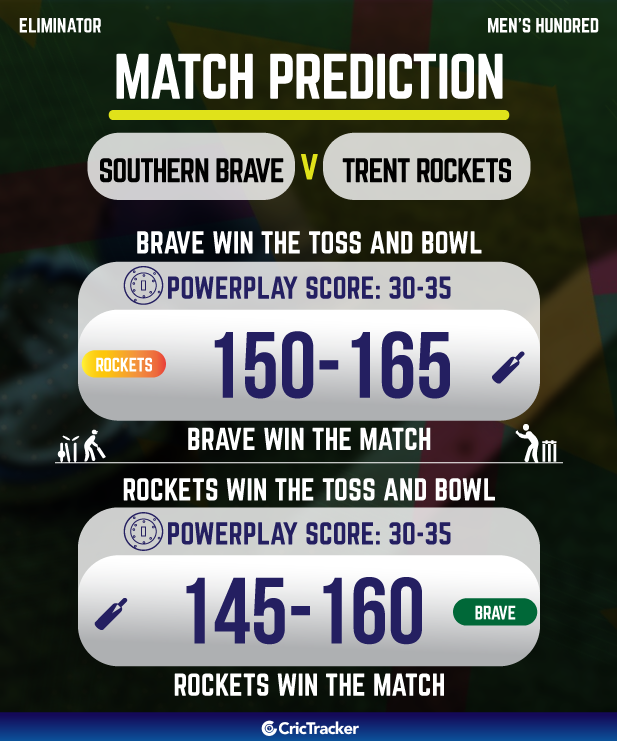