The Invincibles are in a bit of strife due to Sandeep Lamichanne’s visa approval delays.

After the women’s team game on Wednesday, the men’s edition of The Hundred is set to get underway on Thursday, July 22. The opening game is scheduled to be played between the Oval Invincibles, led by Sam Curran, and Manchester Originals, led by Jos Buttler, at the Kennington Oval in London.

Prior to the start of the event, the Invincibles are in a bit of strife due to Sandeep Lamichanne’s visa approval delays. However, they still have Sunil Narine as a specialist spin-option. The Originals, on the other hand, have players, who were in impressive form in the league stage of the 2021 T20 Blast.

The pitch at the Kennington Oval has been a decent one for batting, though bowlers will also have their role to play. However, the track helps the team batting first and hence, chasing can be avoided. The playing conditions will be mostly sunny with the temperature around 26 degrees Celsius. The humidity will be in the 30s during match time.

Jos Buttler is rated amongst the greatest white-ball cricketers England have ever produced. In 290 T20s, the right-hander has churned out 7028 runs at a strike rate of 144.19. Having plied his trade in various T20 leagues around the world, Buttler has a truckload of experience in the 20-over format. If he gets going, the Invincibles will be in for loads of trouble.

Steven Finn hasn’t represented England for the last four years. But he has kept performing in the English domestic circuit. In 125 T20 matches, the right-arm fast bowler has picked up 156 wickets at a decent economy rate of eight. In the 2021 T20 Blast, the speedster got 19 scalps from 13 matches and featured at fifth in the list of leading wicket-takers. 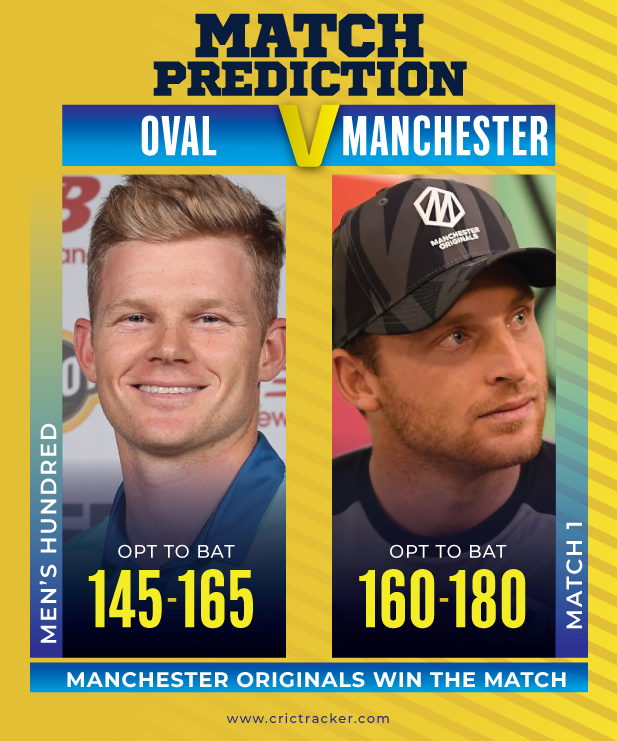