Jos Butler and Jason Roy recently helped England to a T20I series win against Pakistan. Now, they face each other. 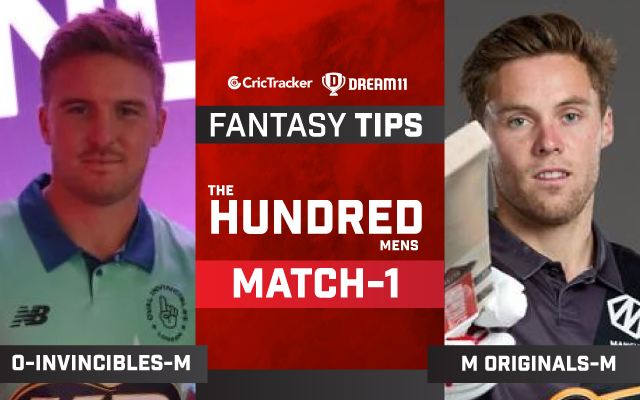 After years of planning and months of anticipation, the Hundred men’s competition of 2021 is all set to begin on July 22nd, Thursday. The tournament will begin with the match-up between the Oval Invincibles and Manchester Originals.

The two teams are well-equipped with some fantastic cricketers who are experienced individuals when it comes to T20 cricket. Jos Butler, Colin Munro and Carlos Brathwaite are some of the players Manchester Originals will be reliant on. On the other hand, the Curran brothers, Jason Roy and Sunil Narine will form the core of the Oval Invincibles squad.

The wicket at the Oval has generally been good for batting and has produced many high-scoring matches in the T20 blast seasons in recent times. Having said that, the pitch might offer something to the spinners and it will be interesting to see how the batters play that phase.

Colin Munro is a fantastic T20 player and has found success across the globe in various T20 competitions. He could make a mark in this format as well. The Kiwi opener has scored more than 7,000 runs in the T20 format.

Jason Roy is someone the Oval crowd would be looking forward to seeing in action. The England international player will be a key figure in getting the Oval Invincibles to flying starts in this tournament.

Sam Curran is an extremely effective player in the shortest format. Earlier this year, he was seen impressing everyone in the IPL and he followed that up with brilliant performances in the early part of T20 Blast.

Carlos Brathwaite is a seasoned campaigner in the T20 format. He has been spending some time in England playing for Birmingham Bears in the T20 Blast recently and has been in good form, especially with the ball.

Saqib Mahmood was in superb form with the ball in the recent domestic season. His performances took him to the national team, where his performance was also top-notch.

Tom Curran is an experienced bowler and has found a lot of success playing in the T20 Blast and his record at the Oval is impressive as well.

Jos Buttler played an outstanding knock recently for England in the T20I series against Pakistan. He has been in cleaning hit form lately and should be able to continue that momentum in this tournament.

OVI vs MNR Must Picks for Dream11 Fantasy Cricket:

Sunil Narine has not played any official match for a while and it might take him some time before he gets in his groove. That being said, he is one of the most effective cricketers in the shorter formats and can be a risky captaincy choice.

Saqib Mahmood has got wickets for fun in recent times, but in this format, he will be a risky option for captaincy.

Fred Klassen is a decent bowler, but given the players available in this contest from the bowling department, avoiding him won’t be a bad idea.