The Originals are placed on the top half of the points table with five points from four games.

Manchester Originals and Southern Brave are all set to face each other in the 19th match of the Men’s Hundred on Thursday, August 5 at the Old Trafford in Manchester. The Brave started their campaign with two defeats on the trot, but have managed to come back with two victories.

However, with a net run rate of -0.465, the James Vince-led unit are languishing at seventh place in the table. The Originals, on the other hand, are placed at third in the table with five points from four games. Even they must be high on confidence following their seven-wicket win over Welsh Fire.

The pitch in Manchester isn’t expected to be an overly decent one for batting. As the match goes by, batting may get easy for batting. Hence, batting first. The bowlers are going to have a decent out on Thursday.

James Vince, the Brave skipper, has looked in decent touch with the bat in the ongoing edition of the Hundred. In four matches, he has notched 106 runs at an average of 26.50 and a strike rate of 137.66. In one of the matches, the right-hander scored 60 runs and looked in excellent touch. He is also the leading run-scorer for his team in the event.

Matt Parkinson has bowled exceptionally for the Originals in the Hundred. In three matches, the leg-spinner has picked up five wickets at an economy of 1.22. He has also the best figures of four for nine and has a strike rate of 10.8. The Originals’ batters need to play him with utmost caution going into the next match. 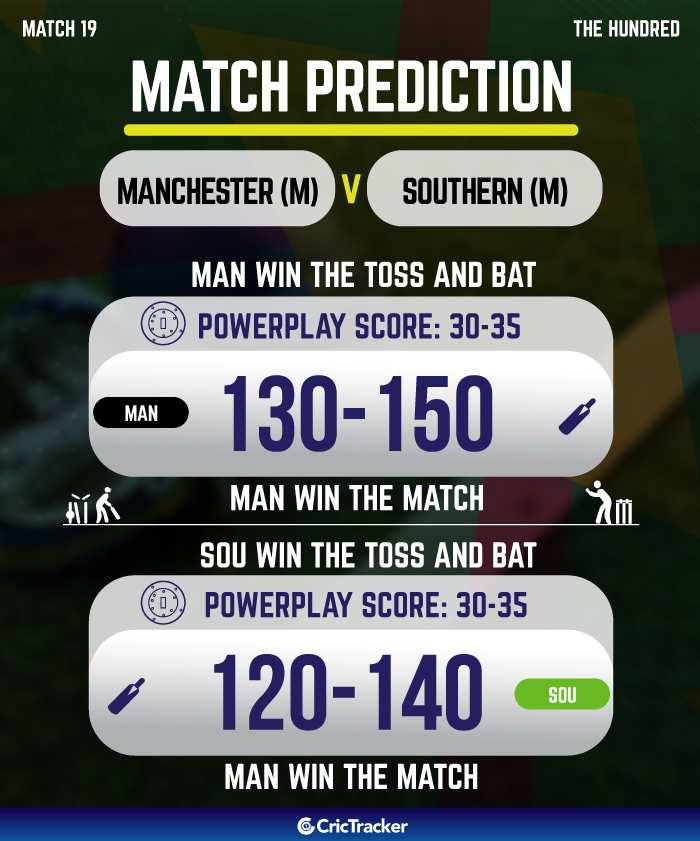