It is advisable to pick four all-rounders in one of your Dream11 fantasy teams. 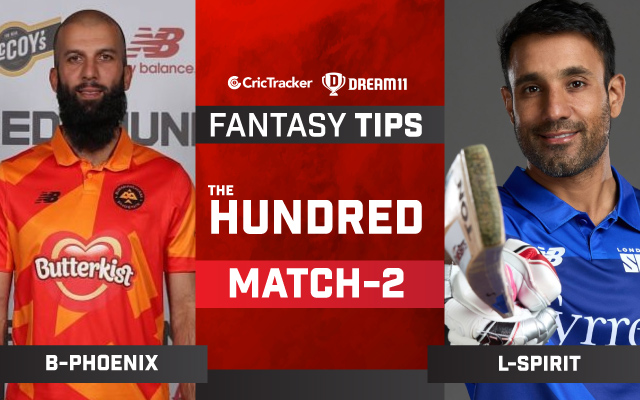 Birmingham Phoenix will take on London Spirit in the 2nd match of the Men’s Hundred 2021. It’s going to be an exciting contest between both sides as talented English and overseas players will be a part of this match. Finn Allen, who had a good T20 Blast for Lancashire, is the player to watch out for Birmingham Phoenix.

Meanwhile, London Spirit have got some serious talent at their disposal in the likes of Eoin Morgan, Mohammad Amir, and Zak Crawley. With plenty of potential players in both teams, we can expect a thrilling contest between the sides.

It’s a beautiful wicket to bat on. Since it’s an evening game, the batting will become much easier and the bowlers have to be very smart here in this format. Anything over 160 makes a good score on this venue.

Finn Allen has scored close to 400 runs in this year’s T20 Blast for Lancashire. He is a player who has the ability to change the course of the game very quickly.

England’s white-ball captain Eoin Morgan is qan innovative playee who has got all the shots in the book. His presence on the field will help London Spirit immensely.

Liam Livingstone showed that he can become the next finisher for England in the recent T20I series against Pakistan. His striking ability has improved a lot in recent times and he is a must pick for your fantasy teams.

Mohammad Nabi is a useful all-rounder in any format. He can bowl at any stage of the match and float anywhere in the batting order as well.

Imran Tahir will play a crucial role in this match. If can bowl 10 straight balls at once without giving enough run, it will automatically put pressure on the opposition batsmen. He is a good pick for your fantasy teams.

Mark Wood clocks 140 kmph-plus almost every time he bowls and that is his biggest strength. His pace can come in handy in this format.

Josh Inglis has been named as the replacement for Glenn Maxwell. Inglis was the leading run-scorer in this year’s T20 Blast with 531 runs in 14 matches at an average of 48.27.

BPH vs LNS Must Picks for Dream11 Fantasy Cricket:

Chris Woakes will be leading the Birmingham Phoenix bowling line-up. You can take a risk and pick him as your fantasy team skipper.

Since Josh Inglis is the 1st choice wicket-keeper. you can avoid Chris Cooke while making your fantasy teams.