Harry Brook is a good captaincy choice for this rubber. 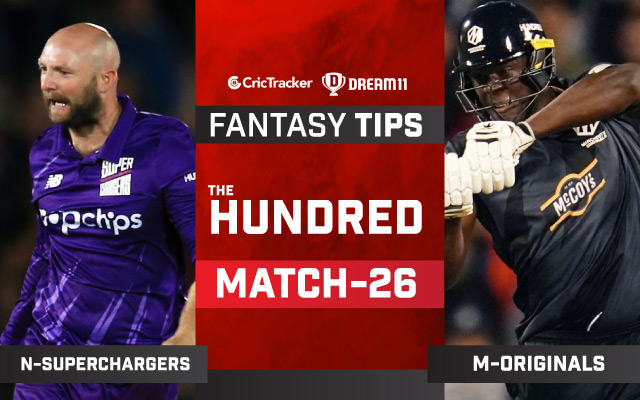 On the other hand, the Manchester Originals are positioned at 5th place in the points table and have also won only 2 out of their 6 matches. They went down to the London Spirit side in their previous match by a tender margin of 6 runs.

The pitch at Leeds is a good one for batting. The batsmen can cash in if they spend some time out in the middle. Expect a high-scoring encounter.

Harry Brook has been in excellent form for the Northern Superchargers in the tournament. He is the second-highest run-scorer in the competition thus far and has plundered 189 runs at an average of 47.25 and an excellent strike rate of 153.65.

Colin Munro has been in good form in the tournament and is the highest run-scorer for the Manchester Originals. He has scored 113 runs thus far at an average of 37.66.

Shadab Khan told me to avoid social media and concentrate on the game: Haris Rauf

T20 World Cup 2021: Hardik Pandya bowls in the nets prior to India’s match against New Zealand

Colin Ackermann top-scored for his side in their previous rubber against the London Spirit outfit. He scored a 40-ball 53 and took the fight to the opposition. He has scored 81 runs in the tournament.

Adil Rashid has been outstanding in the tournament with the ball. The wily spinner is the leading wicket-taker in the competition and has picked up 10 wickets at an average of just 11.50. In the Northern Superchargers’ previous rubber, Rashid scalped 2 wickets and gave away 19 runs in the 20 deliveries that he bowled.

Tom Hartley is the leading wicket-taker for the Manchester Originals side in the tournament. He has scalped 7 wickets and has picked up his wickets at an average of just 12.

Dane Vilas has scored 35* and 22* in his last 2 innings and is a batsman who can score handy runs for his side when the need arises.

NOS vs MNR Must Picks for Dream 11 Fantasy Cricket

Phil Salt can be a good captaincy choice for this match. He has got off to starts in the tournament and is a batsman who can pulverize bowling attacks when he gets going.

Ben Raine has not proven himself in the tournament with both bat and ball and can be avoided from your Fantasy Team.