75 per cent of eight completed T20Is in Manchester have been won by the chasing teams.

Manchester Originals are all set to lock horns with the Birmingham Phoenix in the second of Sunday’s doubleheader at the Old Trafford. The Originals didn’t make a great start after the Oval Invincibles beat them in the opening game.

Inconsistent batting meant that they failed to chase down 146. However, their bowlers were up the mark in the previous game. The Phoenix, on the other hand, got off to a winning start in the Hundred.

The venue in Manchester has produced some exciting contests over the years. Another close encounter seems to be in the offing. The pitch is likely to provide a good balance between bat and ball. Batting second should be the way forward going by the records.

Liam Livingstone has been in jaw-dropping form in recent times. After the magnificent ton against Pakistan in Nottingham, the right-hander has carried on with her stupendous form. In the Originals’ first match, he scored 19 runs off 15 balls with one four and a six before Blake Cullen got rid of him. Livingstone is again expected to play a blinder with the bat for Manchester.

Adam Milne has plied his trade in the New Zealand circuit for a pretty long time. Having played all around the world, he has garnered a truckload of experience. In the Phoenix’s previous game, he didn’t flatter to deceive. In 20 balls, he churned out 10 dots and had an economy of less than a run-a-ball. The speedster also got the prized scalps of Josh Inglis and Ravi Bopara. 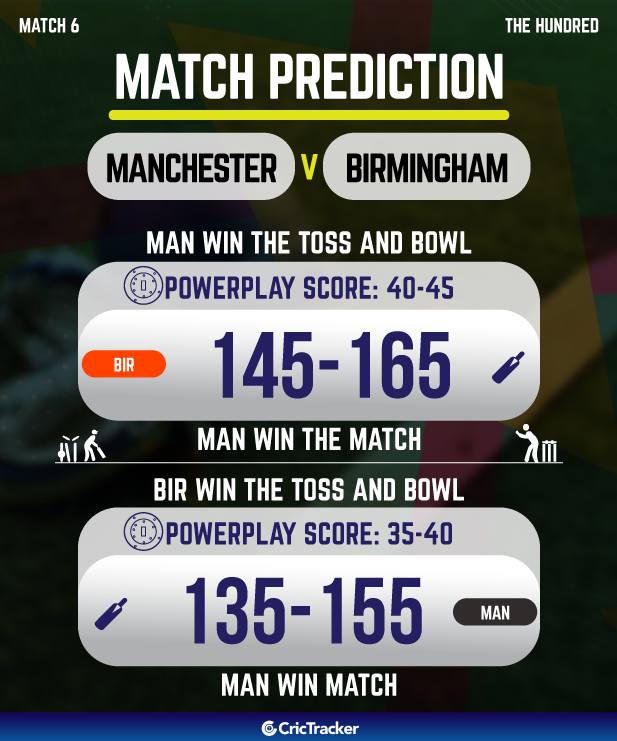