Brydon Carse and Matty Potts are the budget picks for your fantasy teams. 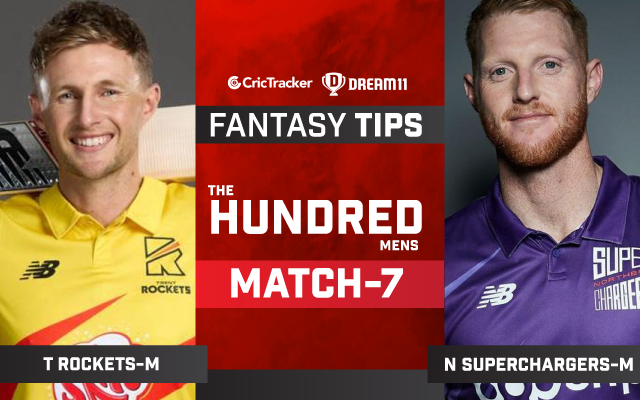 On the other hand, Northern Superchargers fell short of the target and lost their 1st match against Welsh Fire by 5 runs. Harry Brook played a blinder in the run-chase but couldn’t carry his side to the victory line. They have got plenty of firepower at their disposal and will be aiming to bounce back in this match.

It’s a tailor-made surface for the batters where runs will come quite thick and fast. The bowlers need to be very careful with their line and lengths. We can expect a huge run-fest in this match and batting first is a preferable choice.

Also Read: SL vs IND: Hardik Pandya gifts one of his spare bats to Chamika Karunaratne

After an average T20I series against Pakistan, Dawid Malan came back strongly and hammered 62* runs from 43 deliveries against Southern Brave to give his side their first win in this competition.

Harry Brook had an excellent T20 Blast and carried the same form into the Hundred as well. He went against the bowlers and scored a 31-ball 62 runs against Welsh Fire.

D’Arcy Short batted pretty well in the run-chase against Southern Brave and scored his 1st half-century in The Hundred. He is useful with his wrist spin as well.

The no. 1 all-rounder for England across all formats, Ben Stokes didn’t have the greatest of matches against Welsh Fire, but he still picked up one wicket and scored just 5 runs with the bat. He will be a good pick.

Merchant de Lange picked up the first five-wicket haul in The Hundred against Southern Brave. He is a must pick for your fantasy teams.

Adil Rashid will be very effective on these flat batting surfaces. With his variations, he can control the run-flow and he is also great at giving breakthroughs.

Tom Kohler-Cadmore missed out on most of the T20 Blast matches due to injury. He was cruising for a good score but was unfortunately dismissed for a run-out when he was batting on 18 runs.

TRT vs NOS Must Picks for Dream11 Fantasy Cricket:

Joe Root didn’t get the opportunity to bat in the first game against Southern Brave, but he bowled pretty well and picked up a wicket. You can take a risk and pick him as your fantasy team skipper.

Adam Lyth scored 25 runs in the opening game against Welsh Fire. He is a risky captaincy pick for your fantasy teams.

John Simpson is not a big hitter of the ball and he generally bats in the middle order. Hence, it’s better to avoid him while making your fantasy teams.