Shafali Verma has returned to India and will not feature further in this tournament for Birmingham Phoenix Women. 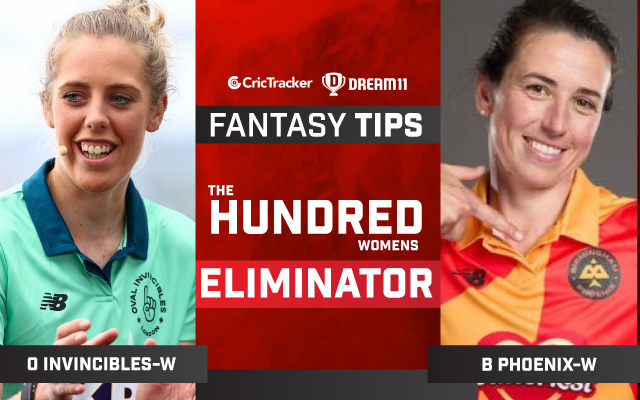 Oval Invincibles Women will take on Birmingham Phoenix Women in the Eliminator game of the Hundred Women’s 2021 on Friday. With 4 wins, 3 defeats and a no-result, Oval Invincibles finished second in the standings with 9 points. They had beaten Birmingham Phoenix earlier in this competition by 8 wickets and that will give them a psychological edge.

On the other hand, Birmingham Phoenix raised their standards high and won their last league fixture against Northern Superchargers by 14 runs. They played good quality cricket in the second half of the tournament. They are unbeaten in their last 3 matches and hoping to make it 4 in a row.

Traditionally, the surface here at Kennington Oval is a batting-friendly one with slight help for the spinners. The outfield is lightning fast. The surface will become flat in the latter half, and hence, bowling first is a good option.

Dane Van Niekerk took responsibility on her shoulders and helped Oval Invincibles reach the playoffs with her consistent all-round performances. In 7 matches in this tournament, she has scored 231 runs and has also picked up 6 wickets.

South African all-rounder, Marizanne Kapp has featured in only 3 matches in this tournament. She has scored 87 runs at a strike rate of 122.53 and has also picked up 4 wickets with the ball.

Eve Jones played a sensible knock in a must-win game against Northern Superchargers, where she added valuable 64 runs from 47 deliveries. Overall in this tournament, she has scored 233 runs at an average of 33.28 and has also picked up a wicket.

Erin Burns is a useful contributor with both bat and ball. The Aussie all-rounder has 133 runs and 6 wickets to her name in this tournament.

Tash Farrant is the second-highest wicket-taker in this tournament with 14 scalps in 7 matches, at an economy of 6.98. It’s risky to pick a bowler as your fantasy team skipper.

Amy Jones hasn’t gone really big in this tournament for her standards, but she still averages 23.5 from 7 innings. You can take a risk and pick her as your fantasy team captain.

Emily Arlott has picked up 5 wickets and has only scored 39 runs so far in this competition. Considering her average performances, it’s better to avoid her while making your fantasy teams.