The Originals have a power-packed unit with the likes of Harmanpreet Kaur and Sophie Ecclestone in their ranks.

The Women’s edition of The Hundred is all set to get underway on Wednesday, July 21. The opening match is scheduled to take place between the Oval Invincibles and Manchester Originals at the Kennington Oval in London.

On paper, the Originals seem a tad on the stronger side in the league. With the likes of Harmanpreet Kaur and Sophie Ecclestone in their ranks, they will be tough to beat in the opening match.

The Invincibles will depend heavily on the likes of Dane van Niekerk and Marizanne, who both have guided South Africa Women to a number of victories at the highest level.

The pitch at the Kennington Oval has mostly been good for batting. However, the track has helped the team, batting first to a large extent. Chasing may not be an easy task for the sides. The sun will be out, but there are chances of thunderstorms. The temperature will be around 28 degrees Celsius with the humidity in the 50s.

Harmanpreet Kaur wasn’t having a great time with the bat prior to India’s three-match T20I series against England. But against Heather Knight and Co, she got scores of 36 and 31 to find some rhythm. With 2254 T20Is runs from 117 matches, the 32-year-old poses a massive threat to the opposition. The Invincibles’ bowlers can’t allow her to get her eyes in.

Sophie Ecclestone is a tried and tested customer in the T20 format. She is the ICC’s no.1 ranked T20I bowler as she has loads of tricks up her sleeves. In 45 T20Js, the youngster has picked up 64 runs at an excellent economy rate of 5.89. She also played for the Trailblazers last year in the Women’s T20 Challenge. The Originals will look up to her for breakthroughs in the middle overs. 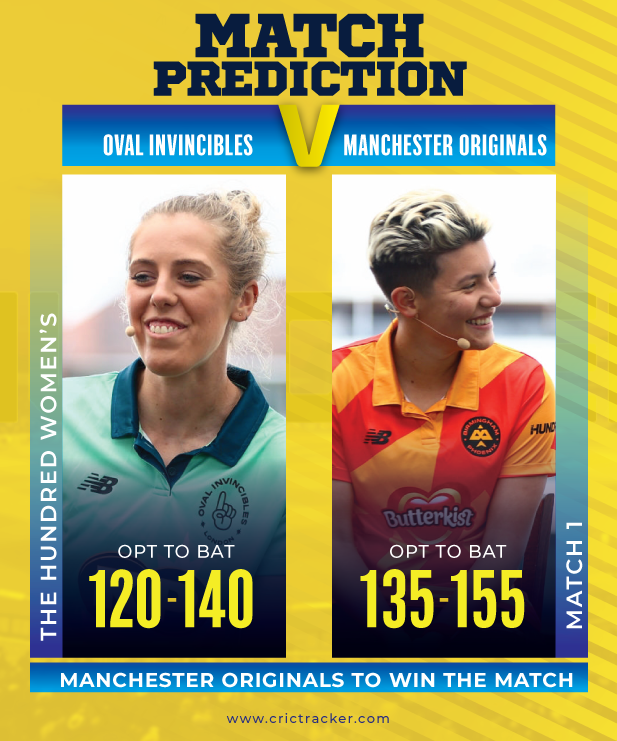