This brand new format of cricket will get underway from 21st July. 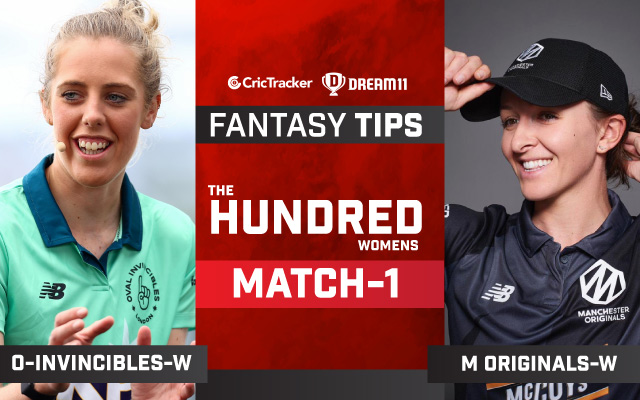 The Hundred is a new form of cricket that has been introduced by the ECB, which gets underway from the 21st of July. Both men’s and women’s matches will happen simultaneously. There has been a lot of tweaks in the rules and regulations from the regular cricketing format, which makes Hundred even more interesting. It can be the next big in the future.

It’s a good batting wicket and it’s a huge challenge for bowlers to contain runs here. Since it’s the opening game of the tournament, whoever wins the toss should bowl first.

Dane van Niekerk has plenty of experience across all the formats. The South African all-rounder has played 83 T20Is and has scored 1839 runs at an average of 28.73, and scalped 63 wickets as well.

Marizanne Kapp is a must-pick player for your fantasy teams. She is a regular member of the South African women side in both ODIs and T20Is. In her T20I career, she has scored 986 runs and has picked up 62 wickets

Harmanpreet Kaur can fancy her chances in this format. She is an aggressive cricketer and her international experience will help Manchester Originals Women. She has scored 2254 runs in 105 T20I innings at an average of 26.83 and has picked up 29 wickets as well.

Sophie Ecclestone has got huge success with the ball in the recently-concluded T20I and ODI series against India. She has picked up 64 wickets in her T20I career at an economy of 5.89 and has scored 88 runs as well.

Sarah Bryce has played a lot of matches in England and knows the conditions pretty well. She has scored over 500 runs in her T20I career. You can take a risk and pick her as your fantasy team skipper.

Natalie Brown is yet to play an international game for England Women, but she had a decent domestic season for Thunder with both bat and ball. She is a risky captaincy pick for your fantasy teams.

With plenty of options available in the all-rounders’ slot, it’s better to avoid Hannah Emily Jones while making your fantasy teams.