Shafali Verma who has just scored 19 runs in the first 2 matches is expected to shine in this game. 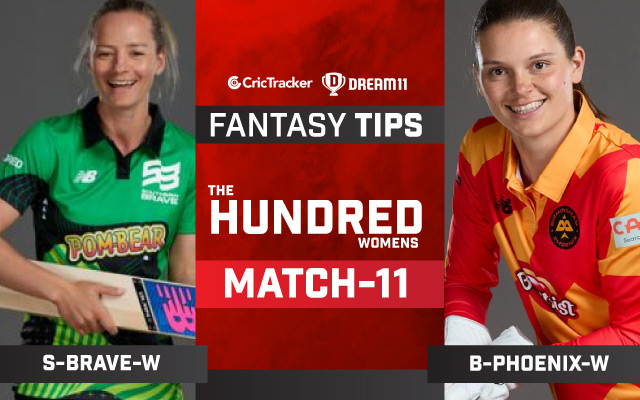 On the other hand, Birmingham Phoenix Women lost their 1st game with the barest of margins against London Spirit Women and came back well in the 2nd game and beat Manchester Originals by 20 runs. They bowled brilliantly to defend the target of 113 and came out victorious in the end.

It’s another flat batting surface with not much to offer for the bowlers. There will be swing for the bowlers in the initial overs and the batters need to be careful in that period. Anything over 140 keeps the team batting first in the hunt.

Smriti Mandhana finished things for Southern Brave in the last match against Welsh Fire with her blistering unbeaten knock of 61* runs from just 39 balls.

West Indies Women skipper Stafanie Taylor is an experienced player. In 2 matches in this tournament, she has scored 62 runs in 2 matches without getting dismissed and scalped one wicket as well.

Skipper Amy Jones was the top run-scorer in the previous match against Manchester Originals. Her innings of 31 runs from 17 balls helped Birmingham Women to get past the score of 100.

Eve Jones had a good outing in the first game against London Spirit where she scored 47 runs and was short of runs in the 2nd game against Manchester Originals.

Danni Wyatt is an aggressive opener who likes to score runs from the start. She has scored 19 runs in this tournament so far, considering her average performances she is a risky captaincy pick for your fantasy teams.

Georgia Elwiss has scalped 2 wickets and scored 9 runs with the bat in this competition, you can take a risk and pick her as your fantasy team skipper.

Carla Rudd bats lower down the order and don’t get many opportunities to bat, it’s better to avoid her while making your fantasy teams.