Hayley Matthews is the leading run-scorer for the Fire.

The Oval Invincibles are all set to lock horns with Welsh Fire in the 16th match of the women’s Hundred at the Kennington Oval in London. The Invincibles goofed up in their run-chase against the Northern Superchargers.

They are currently placed third in the points table with a net run rate of 0.292. The Fire, on the other hand, made a stupendous comeback after losing their opening two matches.

In their previous game against Manchester Originals, they won by nine wickets. However, being placed at seventh with an NRR of -0.935, the Fire still have a long way to go in the mega tournament.

The pitch at the Kennington Oval is expected to be a sporting one. The opening game of the Hundred was played here and both teams had their moments. The track is expected to stay true throughout and hence, batting second should be the way forward for both teams.

Hayley Matthews has been in impressive form of late. In the previous game against the Originals, she scored an unbeaten 71 and helped her team to their maiden victory in the tournament. Overall, the West Indies cricketer has scored 134 runs at an average of 67 and a strike rate of 148.88. Not to forget that she has also picked up two wickets.

Tash Farrant has been outstanding for the Invincibles in the Hundred. She is the leading wicket-taker for the Invincibles in the Hundred with seven scalps. The fast bowler has picked up those scalps at an economy of 1.18. Farrant has the potential to bowl at any stage of the game due to his variations and the Fire bowlers can’t afford to give her wickets. 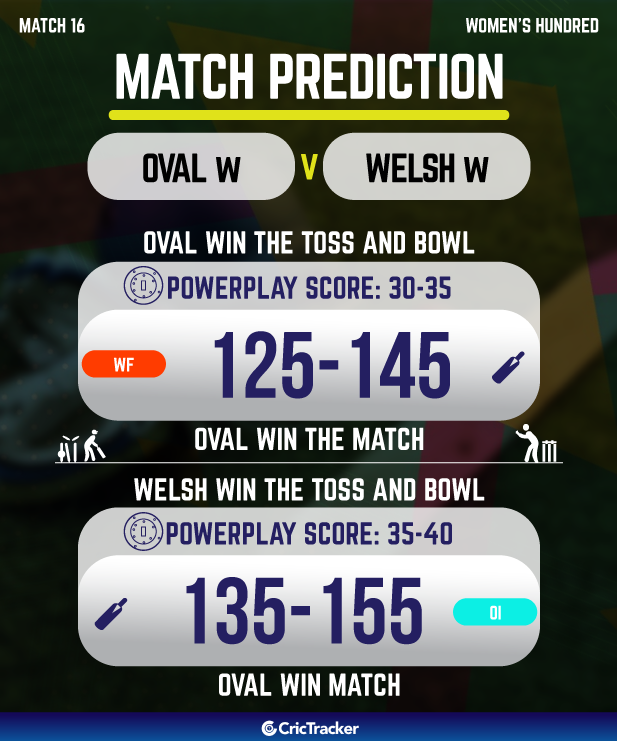