Both teams are in with a chance of making it to the next round.

The Northern Superchargers and Birmingham Phoenix are set to lock horns in Match 31 of the Women’s Hundred on Tuesday at the Headingly, Leeds. The Superchargers are placed third in the table with seven points from as many games. But a loss would lead to their elimination from the tournament.

They are on a three-match losing streak and need to find their momentum. In their previous game, Manchester Originals beat them by eight wickets. The Phoenix, on the other hand, are placed sixth with six points from seven games. However, a victory will lift them up to third in the points table.

The pitch in Leeds hasn’t been a great one for batting. The batters have mostly tended to strain as the average first innings score would suggest. Batting second should be the way forward as the track seems to ease out as the matches progress.

Avg first innings score: 121 (3 matches in the Hundred at Headingley)

Jemimah Rodrigues has arguably been the standout batter for the Superchargers in the Women’s Hundred. In six matches, the Indian cricketer has notched 248 runs at an average of 49.60 and a strike rate of 154.03 with three half-centuries. Although she has a lot a bit of form of late, she is expected to come good in the upcoming game.

Kirstie Gordon has been outstanding for the Phoenix with the ball in hand. The left-arm spinner has picked up 12 wickets from seven games. Her economy rate of 1.20 is also the best among her teammates. However, she hasn’t got much assistance from the others. She is also the only bowler from the Phoenix to have bowled a maiden. 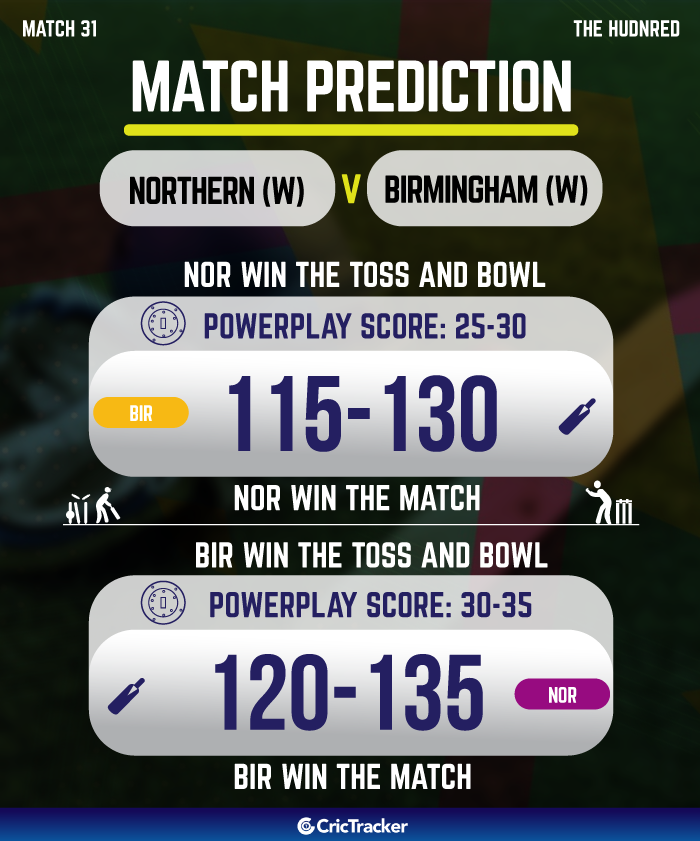