London Spirit Women must win this game by a massive margin to book their playoffs spot. 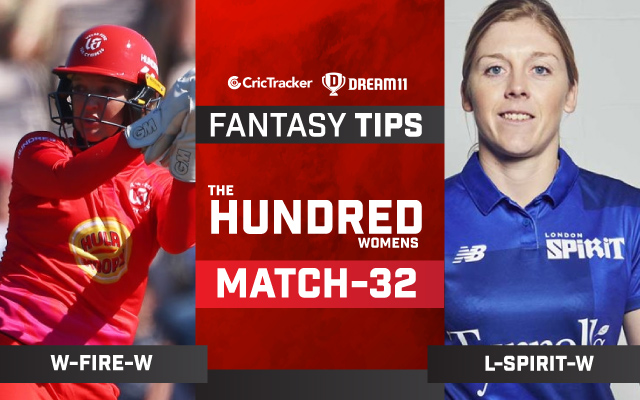 Welsh Fire Women will go head-to-head against London Spirit Women in the final league fixture on Wednesday. It’s a dead rubber of a game for Welsh Fire Women, as they are already out of the playoffs contention. Nothing has gone in their favour, as they have lost three consecutive matches on the trot before coming into this game. They are placed at bottom of the table with 4 points.

On the other hand, London Spirit Women have kept their chances alive,  despite the loss against Oval Invincibles. Winning simply won’t be enough, as they must win this match by a massive margin to confirm their playoff berth.

Sophia Gardens has hosted 3 matches in this tournament. The chasing teams have a 100 per cent win record here. The surface will become slightly better to bat on in the latter part of the match, and hence, bowling first is a preferable option.

Hayley Matthews stands tall with her impeccable all-around performances in this tournament. She has mustered 214 runs in 7 matches at an average of 35.66 and has picked up 9 wickets as well.

Bryony Smith struggled to score runs in the first half of the tournament, scoring only 26 runs in 4 matches. That being said, she averages 32.66 in the last 3 matches and will be a good pick for your fantasy teams.

Deepti Sharma is a talented all-rounder who can turn the game on its head single-handedly. She has picked up 8 wickets and has also scored 77 runs with the bat.

Heather Knight is the highest run-scorer for London Spirit Women in this competition. She has scored 180 runs in 7 matches at an average of 25.71, with the highest score of 40. Knight has scalped 2 wickets as well.

Georgia Redmayne has accumulated 152 runs in 7 matches in this tournament at an average of 30.4. You can take a risk and pick her as your fantasy team skipper.

Danielle Gibson scored 74 runs in 7 matches, while she has picked up a wicket as well. Considering her average performances, she is a risky captaincy pick for your fantasy teams.

Sarah Taylor averages 13 with the bat in this tournament. Hence, it’s better to avoid her while making your fantasy teams though it’s a tough call.