Jemimah Rodrigues has strained for Team India of late and she'll be looking to get some form going.

The Northern Superchargers are set to face the Welsh Fire in the fourth match of the Women’s Hundred at the Headingley in Leeds. The Superchargers have a power-packed top-order as it has the likes of Lauren Winfield, Laura Wolvaardt and Jemimah Rodrigues, who all can play attacking shots.

Linsey Smith is most likely to lead the bowling attack along with the likes of Katie Levick and others. As far as the Fire are concerned, a lot will depend on how Hayley Matthews turns up with her all-round shows. Veteran Sarah Taylor is a tried-and-tested customer and she needs to step up as well.

The venue in Leeds has only hosted a solitary T20I thus far between Pakistan and England. The match was overall a high-scoring affair. However, Moeen Ali showed that the track had something for the spinners as well. Both Superchargers and Fire have power-packed batting units and hence, may not mind chasing on the surface.

Laura Wolvaardt has been a stalwart for South Africa at the top of their batting order. In 30 T20Is thus far, the right-hander has notched 517 runs at an average and strike rate of 24.61 and 107.26 respectively. She also has three half-centuries to show for her efforts with a top score of an unbeaten 55. Wolvaardt will be looking to take her team off to a flying start.

Hayley Mathews has been a prolific batter for the West Indies over the last five years or. As far as her bowling is concerned, she hasn’t flattered to deceive, having picked 106 wickets at the highest level. In 58 T20Is, the Caribbean bowler has picked up 54 wickets at an impressive economy rate of 5.86. Matthews has the potential to put the brakes on the opposition’s batting lineup. 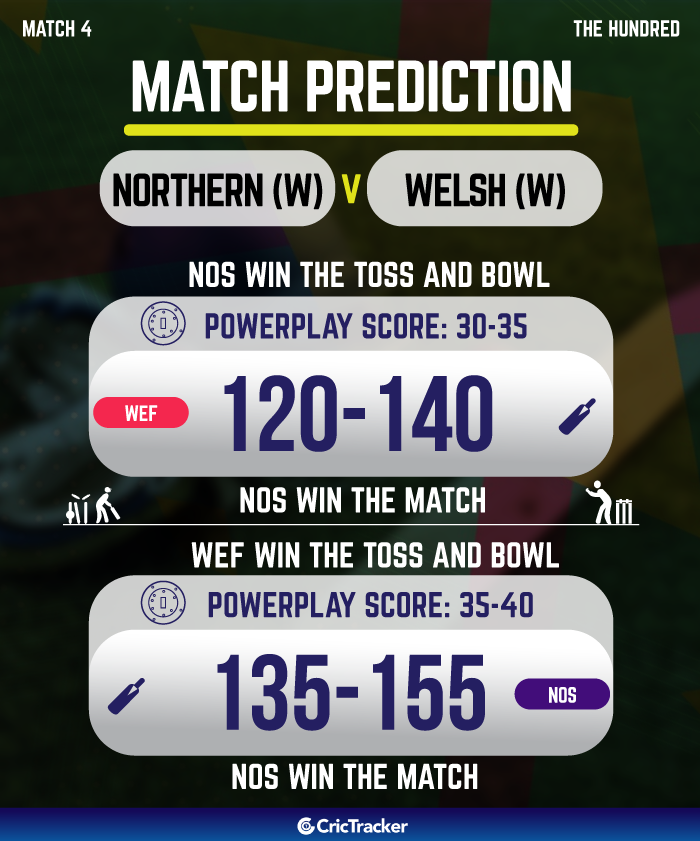