Chris Morris started his IPL journey in yellow with the Chennai Super Kings team in 2013. 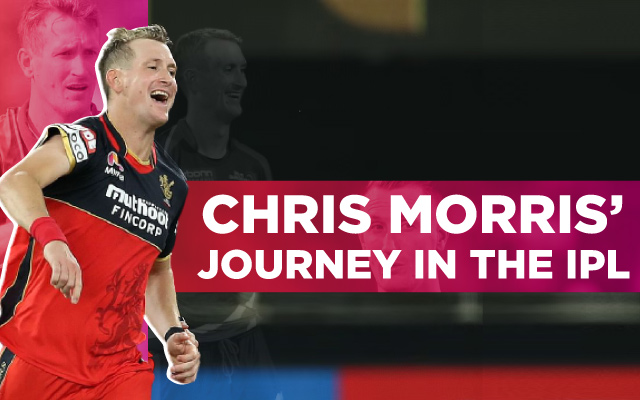 IPL auction 2021 came as a lottery for a lot of fast bowlers. One among them was South African pacer Chris Morris who was bought at a massive price of 16.25 crore INR by Rajasthan Royals. Apart from the Rajasthan team, MI, RCB, and PBKS also made bids for the proteas pacer. Morris has been a quality bowler over the years in the IPL who can also contribute with the bat with big hits.

Chris Morris started his IPL journey in yellow with the Chennai Super Kings team in 2013. He was bought for 3.32 crores that season and turned out to be a pretty good buy. Morris had an important contribution in taking CSK to the finals of IPL 2013 as he took 15 wickets at an economy rate of 8.02. He did not feature in the next IPL season.

In IPL 2015, Morris again went under the hammer and was bought by Rajasthan Royals for 1.4 crore INR. He performed reasonably well with the ball this year as well with an economy rate of 7.40. 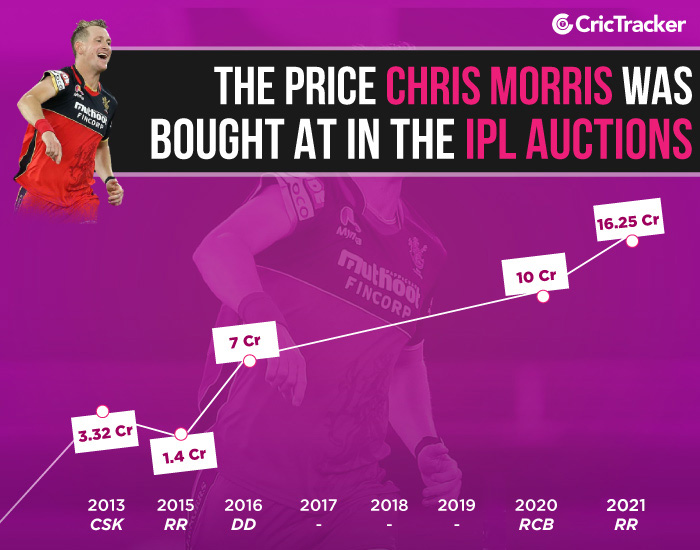 The Delhi franchise snatched Morris in IPL 2016 after paying out 7 cr INR in the auction. His innings of 82 not out off 32 balls grabbed the headlines and glorified his batting skill as well. 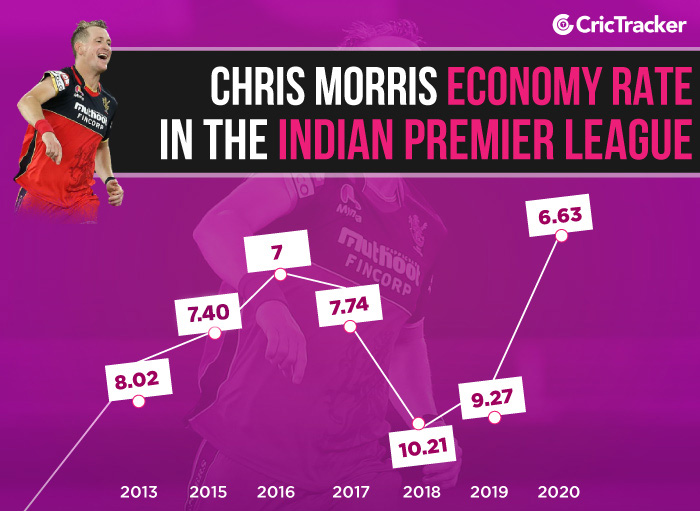 In the 2020 season, Royal Challengers Bangalore picked Morris at a big price of 10 crore INR. RCB wanted a genuine quick bowler who could bowl well in the death, and Morris took this responsibility. He bowled at an economy rate of 6.63 this year, his best ever in IPL and took 11 wickets in total.

It was surprising to see RCB release Morris before the auction as he helped them solve their death bowling woes. In this auction as well, RCB tried to pick him but they did not bid once the price went above 10 crores. 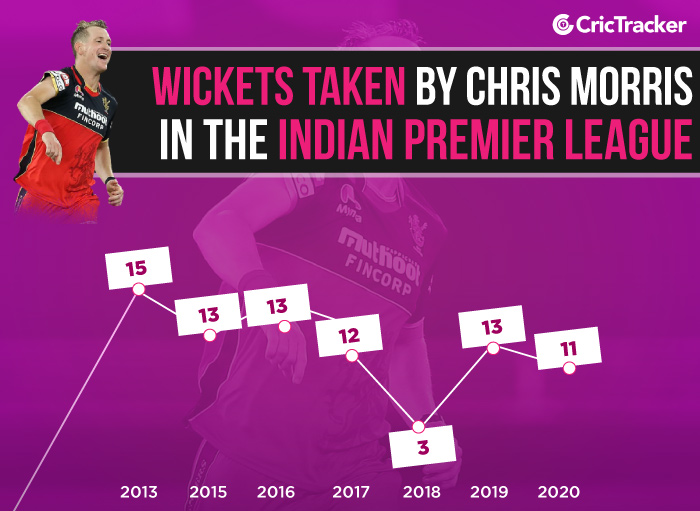 Chris Morris will be returning to Rajasthan Royals this season, a team he had earlier played for in 2015. Morris will be pairing up with Jofra Archer in death for RR which makes for a lethal attack. It will be interesting to see whether Morris can better his last year’s performance and turn the fortunes of Rajasthan Royals.