This time Sehwag says NO; Pietersen tries to convince

This time Sehwag says NO; Pietersen tries to convince 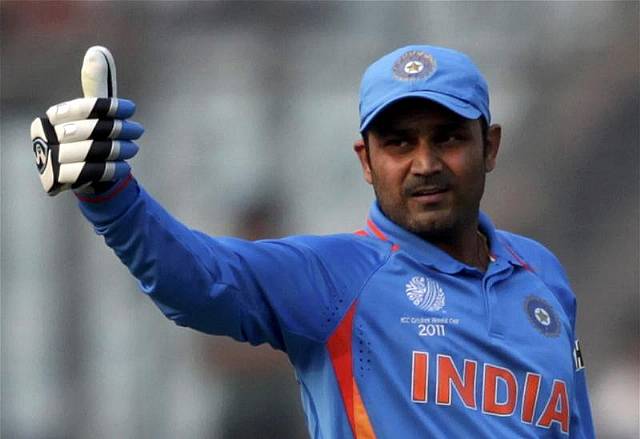 Virender Sehwag who has otherwise been kept out of favour for long now was speculated to be contesting Lok Sabha elections on a Congress ticket.

Sehwag was quick in denying the television reports and said he wanted to play IPL for a couple of years more and is the reason did not accept the offer to contest General elections from South Delhi constituency.

He choose twitter to send his message to fans and the media, his twitter account read “I am not contesting election; I don’t know why media is running this story…”

The tweet was re-tweeted by Kevin Pietersen who urged him to go for it he said, “You should! I would vote for you…”

The news surfaced from internal sources within the Congress party who prompted the media that they were in talks of fielding Sehwag from South Delhi, the popularity he has will help him win and help the party secure a seat as well.

It is a wise decision by Sehwag as fans still want to see him out bat and thrash the ball hard. It is time for him to focus on his cricket, work on his fitness prove he is the Sehwag he was a bowlers nightmare. He can make his case for the World Cup in 2015 much stronger that way where his experience will be crucial for the team.