Sydney Thunder are expected to maintain the status quo by beating Hobart Hurricanes. 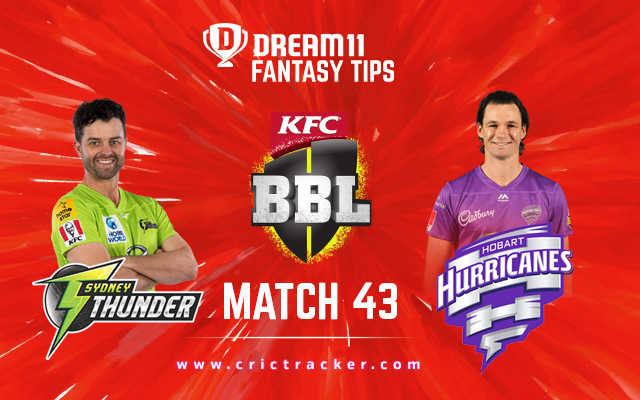 The 43rd match of the Big Bash League (BBL) 2020-21 season will be played between Hobart Hurricanes and Sydney Thunder at the Manuka Oval in Canberra.

After a brilliant start, Sydney Thunder were seen as the favourites to get their hands on the coveted Big Bash League trophy this time around. However, three defeats in four games has changed the complexion of the points table quite a bit.

While they still are placed second, the gap between them and seventh-placed Hobart Hurricanes is just 4 points. Hence, a defeat can possibly push them down to as low as the seventh. On the flip side on the coin, the Hurricanes might be placed at the seventh position currently, but a win here might catapult them to as high as second position.

It will be a hot day in Canberra tomorrow, as the temperature will be around 28 °C even during the evening. Chances of precipitation are only 10%.

The Manuka Oval has been providing the batsmen will a bit more help than the bowlers. The team winning the toss should opt to chase on this track.

Chris Green has recovered from his calf muscle pain and is available for selection.

Colin Ingram is not available for this game as Will Jacks has been called upon by the Hurricanes.

Daniel Sams got back from injury in the last game as in looking as sharp as ever before. The all-rounder has picked up 10 wickets and has scored 183 runs.

For the Hobart Hurricanes, D’Arcy Short has had a similar all-round influence. He has picked up 6 wickets and has scored 195 runs.

Alex Hales has been very consistent with the bat for the Thunder. He has scored 323 runs at an average of over 30 and an even better strike rate of over 160.

Wicketkeeper-batsman Ben McDermott has been the most reliable player with the bat for the Hurricanes. He has scored 301 runs at a fantastic average of nearly 45.

With the ball, Riley Meredith has arguably been the most reliable player for Peter Handscomb’s team. He has picked up 12 wickets and has also maintained an economy rate of just over 7 runs per over. 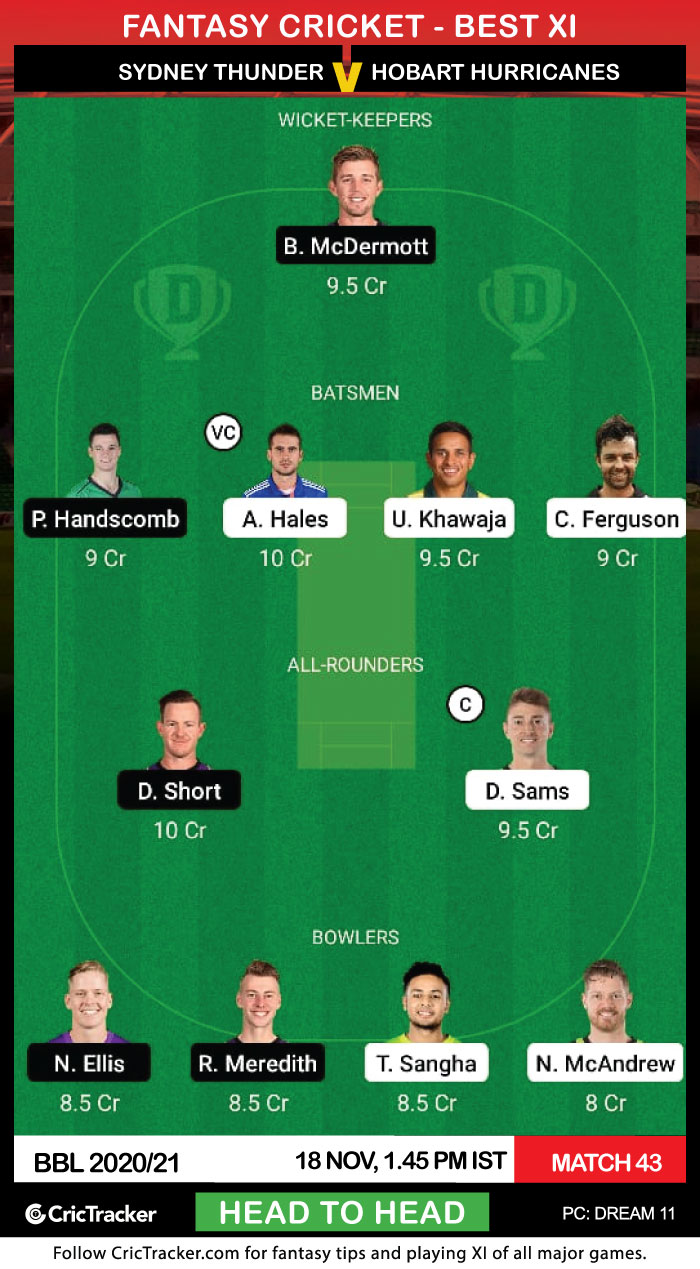 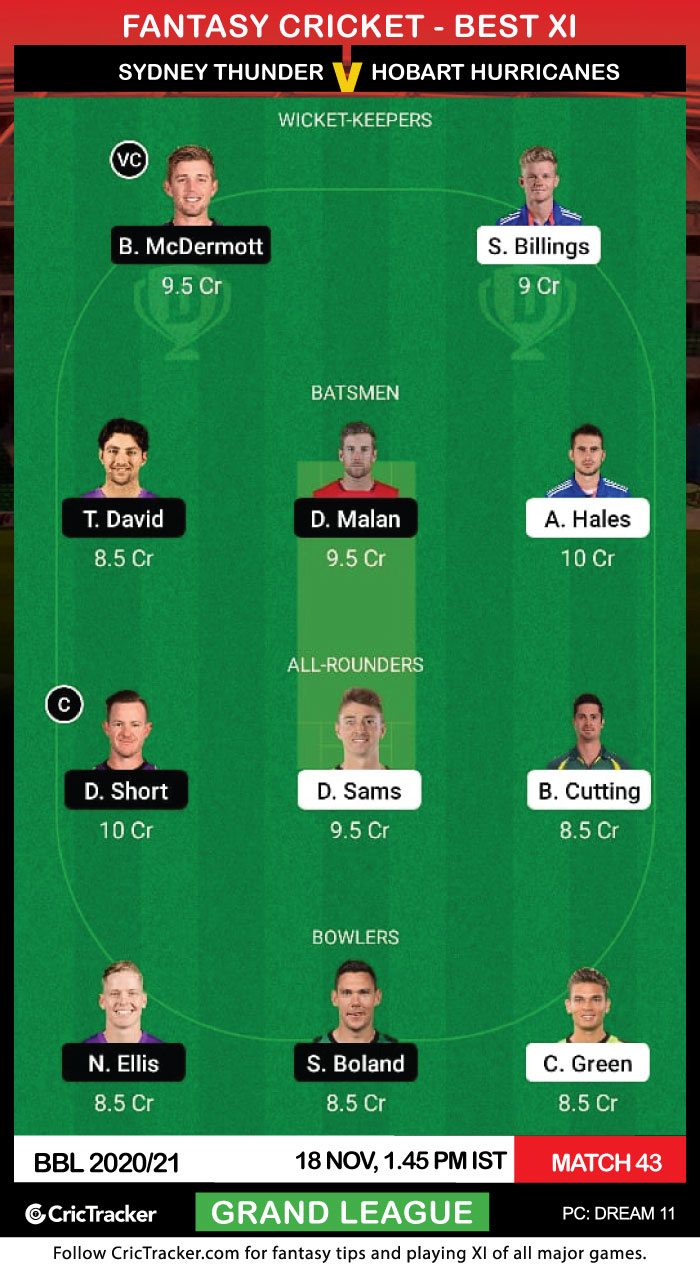 If you are looking for a budget option from the batsmen, Tim David should be your go-to pick. He has scored 224 runs in 10 games at an average of over 35. David is available for selection at only 8.5 Cr.