The Titans will take on the Eagles in the 31st match of the Pondicherry T10 Series on Sunday, May 29, 2022, at 2:00 p.m. at Cricket Association Puducherry Stadium. Eagles are coming off an 8-wicket win over Kings, while Titan’s three-match winning streak was snapped by Avenger, who defeated them by 26 runs. The Titans are currently fifth in the points standings, while the Eagles are fourth.

The surface at Siechem Ground in Puducherry is likely to be a good one to bat on and big scores have been put up at this venue. However, there could be some movement with the new ball for the pacers.

Jay Pandey has performed well so far in the competition, scoring 148 runs and taking 4 wickets at an average of 24.66 in seven games.

Abin Mathew-M did well with the ball in the series but is yet to shine with the bat, scoring only 29 runs but picking 7 wickets at an exceptional average of 14.85 in seven games.

R Ayyanar is a star performer with the bat for his side, amassing 144 runs at an outstanding average of 24.

AS Govindaraajan is a must-pick for your fantasy side. He has smashed 87 runs and taken 2 wickets at an average of 18.4 in seven games. 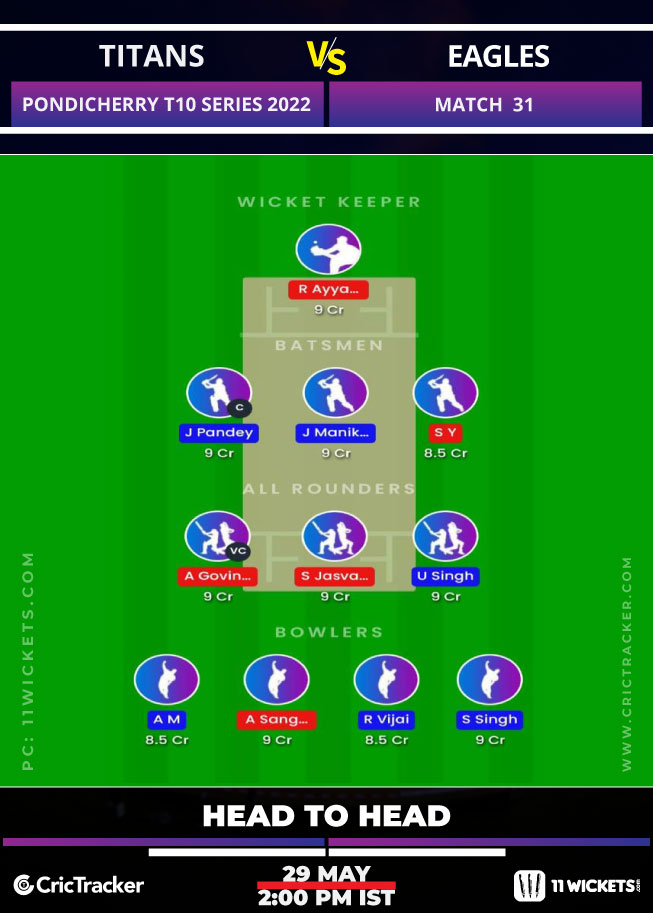 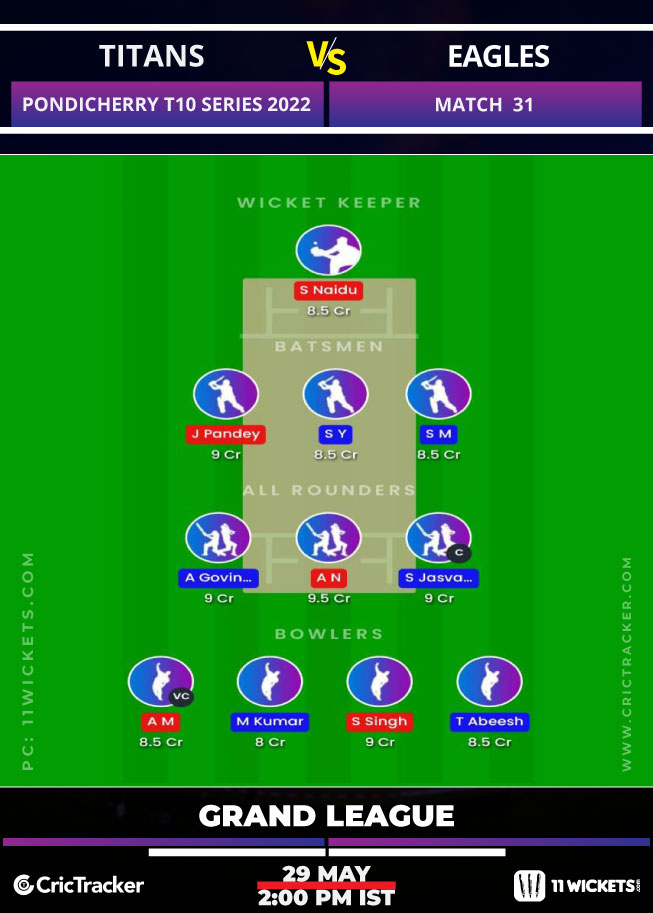